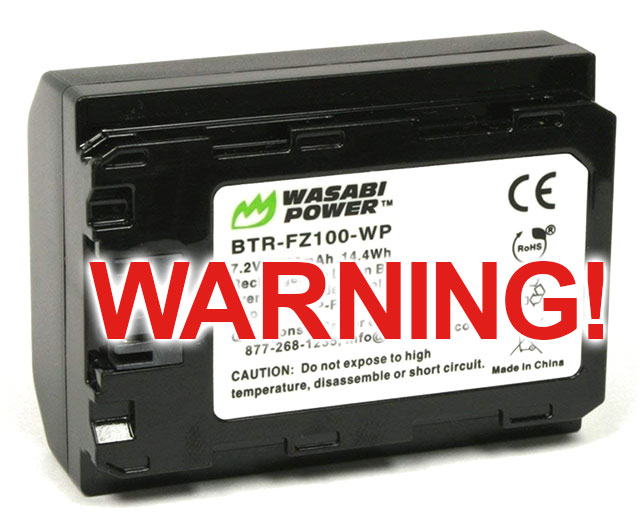 Firmware Update 2.00 for Sony a7 III & a7R III includes warning that appears if a non-compliant battery is detected. A number of readers report receiving the warning when Wasabi BTR-FZ100-WP batteries were used in a7 III or a7R III cameras.

This does not appear to be just a bad batch of Wasabi BTR-FZ100-WP batteries as readers report this warning even with the latest batteries.

Given that Sony rarely issues such warnings about third-party products, I would not risk damaging your $2,000+ Sony a7 III, a7R III & a9 camera just to save a few bucks!