ETHAN G. SALWEN: Do many of your clients request unprocessed raw files?

BRIAN SMITH: I’ve only delivered raw files perhaps four or five times ever, and last year I delivered zero files in raw format. To be honest, I don’t even get asked for raws anymore. This is probably because I generally get hired to deliver a specific look and post-production plays a big role in my style.

EGS: Why do you think you’re getting fewer requests in the first place?

SMITH: I know photographers who complain they get asked for raws for every job. I think part of the issue is simply that some photographers don’t have their act together. If you’re constantly getting requests for raws, you need to take a close look at the processed files you’re delivering to see if you’re the problem. If you’re not the problem, you can illustrate and communicate your capabilities with simple but powerful “before and after” images that can address every kind of post-production work.

EGS: What do you suggest photographers should do when they get requests for raws?

SMITH: When clients ask for raw files, it’s important to ask why. Rather than making a logical argument, many photographers just become belligerent. Rather than saying, “No you can’t” photographers should phase their response more along the lines of: “You might think you want raw, but here’s why you don’t.”

The last time I was asked for delivery of raw files, I began by asking,”Why?” In that instance it was because the photo editor said most photographers were not making the transition from film to digital very well and they’d been getting lots of bad files. That’s when I sent him this example showing both a zeroed-out raw and my final processed version. That was the end of that discussion.

I use the example below from a portrait session with Richard Branson, to illustrate to clients the difference between unprocessed raw files and my final processed files. This is one of my greatest weapons for clear communication with clients about file delivery issues. 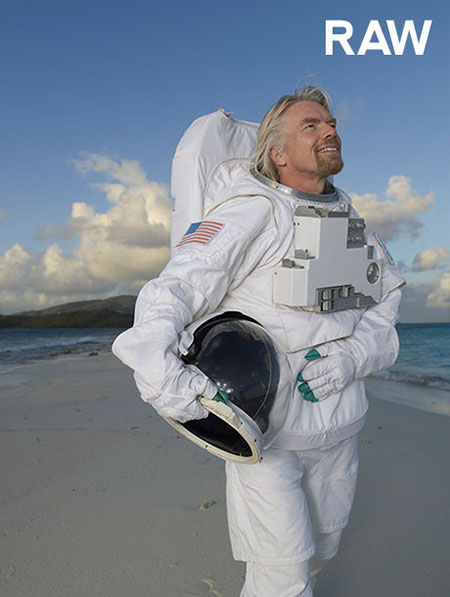 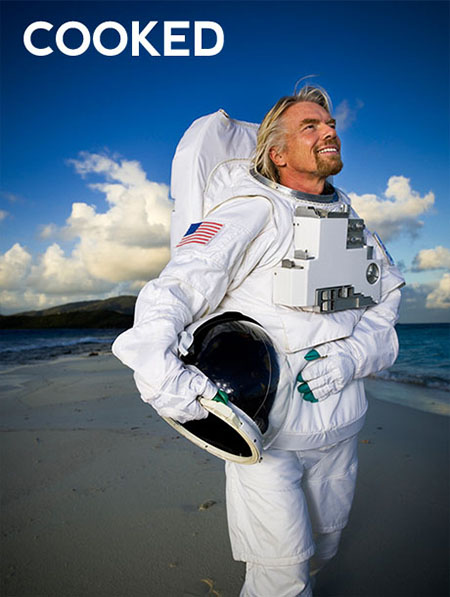 EGS: Why do you think that clients think they want raws?

SMITH: When clients ask for the raws it’s generally for one of four reasons:

1. They’re cheap and they figure that they can eliminate digital costs if they just ask for raw files.
2. They’ve gotten really crappy digital files in the past from other photographers.
3. They’re gotten JPEG files from a photographer who only shot in the JPEG mode and they want to make certain the photographer shoots in raw.
4. They may want the freedom to choose the select at the last minute when the photographer might not be available to process it.
My response to the first reason is simply to tell clients that I will still charge a digital production fee regardless of who processes the final images.

With the second and third reasons, the solution is for photographers to know what they’re doing. Unfortunately a lot of photographers don’t, and this can create problems for the whole industry. Just talk to anyone in pre-press and they’ll tell you horror stories about receiving files that were over-sharpened or over-saturated beyond the limits of reproduction.
Addressing the fourth reason, where a client wants to make the final choice last minute, is no different than delivering color prints. I’d rather provide the client with three or four final selects with two days notice than to expect to find out about the final select an hour before deadline.

EGS: So, from your perspective, a photographer needs to take responsibility not only for shooting the images but for image processing as well.

SMITH: I’d definitely rather have control of the final look. Otherwise I don’t feel that I’ve finished the job I’ve been hired to do. I rarely get asked for raw files these days and when I do I just send them an illustration like the one I did of Branson. This is a slam-dunk for convincing every client every time.