by Shivanand Sharma on AdvancedPhotography.Net

How did you get started with photography?

My break into the business came shooting for the local newspaper when I was in high school. I was on the high school swim team and I started taking a camera with me and shooting the races. The sports editor at the local newspaper had to shoot his own photos, so at one of the meets I worked up the nerve to show him the photos I had shot the week before and he hired me on the spot. 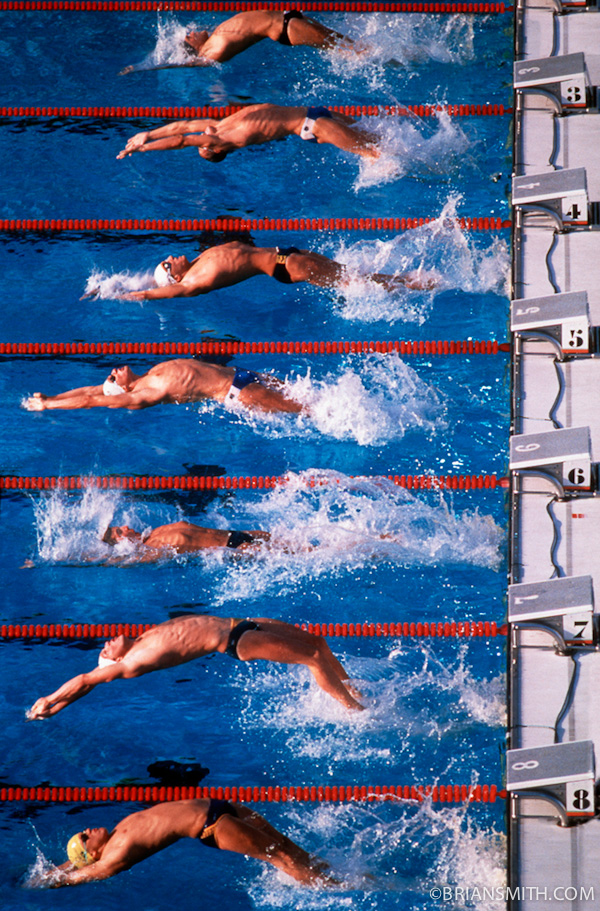 You won a Pulitzer Prize for coverage of the 1984 Olympic Games in Los Angeles. What was that one thing that made your photographs stand out?

Standing out is actually a great way to put it. I was part of a three-photographer team covering the Olympics for The Orange County Register, while our competition locked up the newspaper pool rights for the games and the 28 credentials that came with that. So there was really no way the three of us could stand shoulder-to-shoulder with all of them in all the places they’d be. It’s one of those classic David -vs- Golliath situations where it’s so much more fun to be David. While they had to be in all the expected positions like the finish line – we couldn’t possibly be in all those places which left us free to do what we did best – improvise. Simply pick the spots you gut told you might pay off or shoot with a risky lens like a 300/f2 when everyone else is playing it safe with a 135 – or climbing to the very top row of the grand stands for a shot that literally anyone with a ticket could have shot. Call it swinging for the fences. Call it high-risk, high-reward – but when it pays off it pays off BIG. There is a lot to be said for standing away from the pack!

What are the ingredients for success with photography?

Getting better a better shot than the next guy quite often simply comes down to working harder. Do your prep, scout, study what you’re shooting. Think – don’t just shoot away. Pay attention to what you’re doing and try to anticipate what is about to happen or what elements you can bring together for the best shot. Finally enjoy what you’re doing. If you’re not having a great time most of the time you have a camera in your hand you’re missing out. It’s amazing how much better your pictures will be when you have fun.

How would you describe your photographic style and how it has developed over the years?

My style isn’t based on a certain look – in fact I usually create a different look for each project. Hopefully the one thing that ties my work together is that I try to reveal some side of the subject that you may not have seen or an element of the unexpected. It’s tough coming up with something totally new when shooting a celebrity who’s been photographed hundreds of times, but it’s amazing what even a small unexpected twist will do to make the process a bit more enjoyable for them. 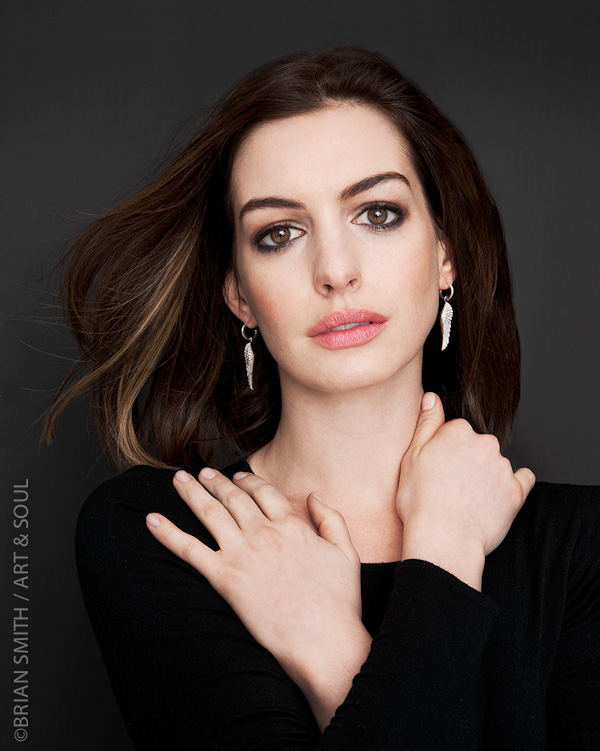 Who is your all-time favorite celebrity to work with?

Wow, that is a tough question. Different shoots have been memorable for some many different reasons – so I never try to rank them – just to enjoyed each for what it was. That said, Anne Hathaway and Richard Branson would be at the top of any list I would put together. It’s really tough to top Anne Hathaway’s eyes. Anne is absolutely lovely in every way, but man those eyes are simply incredible. Branson would take home the trophy for Most Cooperative for putting on a spacesuit and getting in a boat at 5am Christmas Eve morning so that we could photograph him on a sandbar just off his private Caribbean Island for Time Magazine. There are so many others I really should list that the belong in a book which is why I decided to put them all together in “Secrets of Great Portrait Photography: Photographs of the Famous and Infamous” coming this fall from New Riders.

You are famous for sports as well as celebrity photography. One requires you to act quickly and the other goes with proper lights and poses. How do you excel in both the fields?

It’s different in the sense that when shooting portraits, you’re more of a director than an observer, yet it’s similar in the sense that many of the things that make you a good sports photographer like the ability to anticipate and react to what’s about to unfold also makes you a better portrait photographer. The key is to recognize the differences and similarities and figure out how one skill set can help you in another situation.

What do you love to photograph the most; breathtaking action or posed portraits?

The term “breathtaking action” kind of stacks the deck a bit – what I will say is that the best days of each are really hard to beat. I started out shooting action but made the transition to portraiture when I found that what I really loved were the times I got to spend time one-on-one with an athlete getting a chance to dig a bit below the surface and connect with what makes them tick. It’s pretty hard to make that commotion when you’re shooting them with a 600mm lens.

What is your favorite studio set-up?

Get the key light positioned first and fill only if needed. Getting the key light right is really, pardon the expression, the key. That’s always where I start and where some people go wrong with filling bad light instead of moving or aiming the light where it looks best and sometimes this comes down to just a few inches or a few degrees. When you’ve got the key right and you still want to open the shadow – then is the time to fill. Same can be said for kickers and accent lights. Light with a purpose – have a reason for every light you use.

A quick one here: Natural Available Light or Studio Lighting?

Most of what I shoot is blending artificial light with ambient on location. Some people refer to strobe or HMI as studio lighting, but since I normally use them on location I prefer the term artificial light. I don’t have the luxury of unlimited time on many of my shoots – so I can very rarely wait for the light to get good. I learned to control light very early in my newspaper career. It’s amazing how quickly you figure that out when you have to shoot portraits outdoors on color transparency at high noon – it’s kind of like getting thrown into the deep end of the pool. You learn to swim real quickly or you drown. Since moving on to magazines and advertising, my lights have gotten bigger, but the principles are the same.

Pre-planning, fixing appointments, make-up, etc, it really takes a lot to shoot celebrities. And what about post-processing?

Most of the time involved in a celebrity shoot is spent before or after. If you do your prep right, the shoot itself can be a breeze. Then you exhale a bit and you’re back to work in post. I prefer to do my own post-processing. Not because there aren’t people you can hire who can do it well, there are, but to me post isn’t an after-thought, it’s a vital part of the creative process.

Do you post-process your images heavily or use it for subtle touch-ups?

Can you give our readers some advise how they can improve their skills to take photos?

Learn to be comfortable working and relating to the people you photograph. If you’re not comfortable interacting with the people you photograph, you can get better at it by simply assigning yourself to go out and photograph portraits of strangers. Introducing yourself, explaining why you’d like to photograph them, putting them at ease and finding a way to capture their personality of a stranger you meet on the street is pretty much the same process I go through every time I photograph a celebrity for the first time.