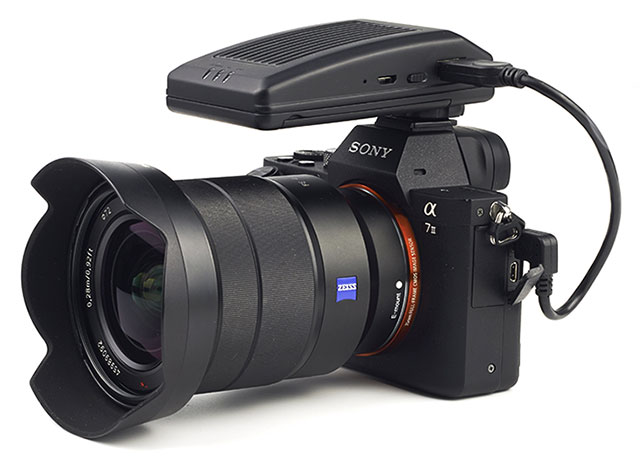 Here’s a very cool radio release trigger for Sony users. JJC JM-F2(II) Wireless Shutter Release For Sony is designed to trigger Sony cameras with a multi-interface remote port. This wireless remote system can trigger the receiver without direct line of sight up to 30 meters using 433MHZ frequency with 16 channels. 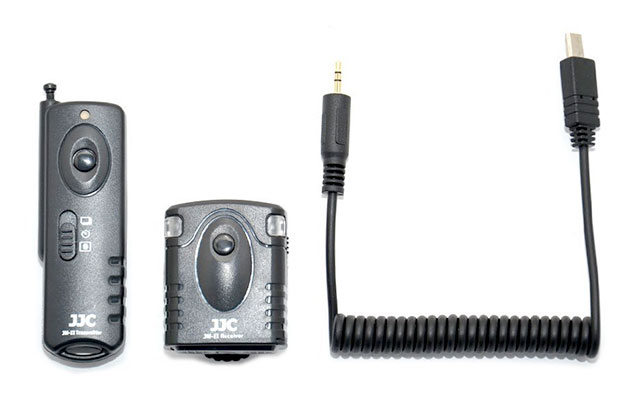 The JM-F2(II) receiver connects to the camera’s remote socket with the supplied JJC receiver cable to trigger the camera shutter at five modes: single shot, 5 seconds delay shot, 3 continuous shots, unlimited continuous shots and bulb shot. The receiver has a 1/4″-20 tripod mount socket on the bottom, so you can even mount the receiver onto a tripod. JM-F2(II) transmitter is able to fire multiple receivers at the same time. The receiver itself with the connecting cable can be used as a Wired Remote Switch, half press to focus, full press to take a photo.

Press the transmitter’s button half way to focus; press it fully to trigger the shutter.

The delay function gives you extra time to get into position.

With the JM-F2(II) you can control the length of the exposure remotely.

Two LED indicators confirm pre-focus and exposure when in the wireless mode.