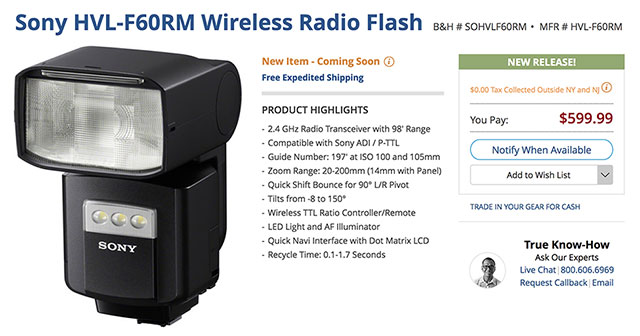 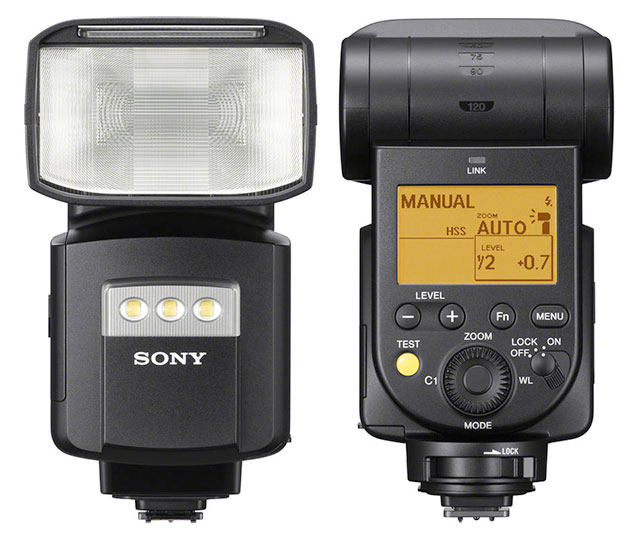 This flash can be set as a commander or a remote that fully supports Sony’s existing radio commanders and receivers, including ratio control, the ability to work with up to 15 flashes in five groups, and access to 14 channels. The flash works within Sony’s optical wireless flash system as well, where it is also able to operate as either a commander or remote unit.

Compared to its predecessor, and in addition to the added radio transceiver, the HVL-F60RM also has improved overheating protection for more consistent and reliable performance. It has a guide number of 197′ at ISO 100 and 105mm, along with an improved recycle time of 1.7 seconds. Full bounce capabilities are available, too, with tilt from -8 to 150° and a total of 180° of rotation. 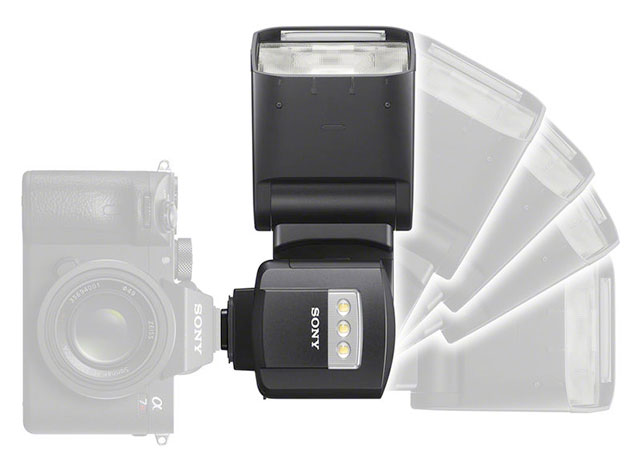 Also, it has a zoom head of 20-200mm which can be widened to 14mm with a pull-out diffusion panel. The front-facing LED light has been updated and can now also be used as an AF illuminator with E-mount mirrorless cameras for more reliable, faster focusing in low-light conditions. Additionally, the flash also has a dust- and moisture-resistant construction along with a durable metal foot. 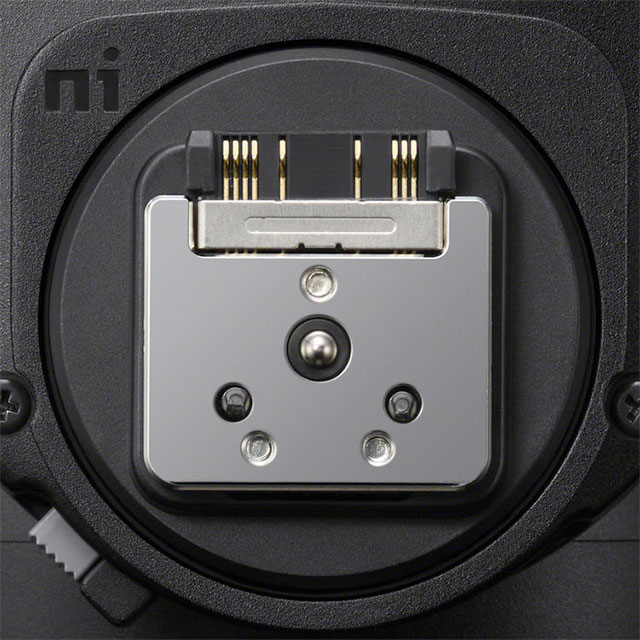 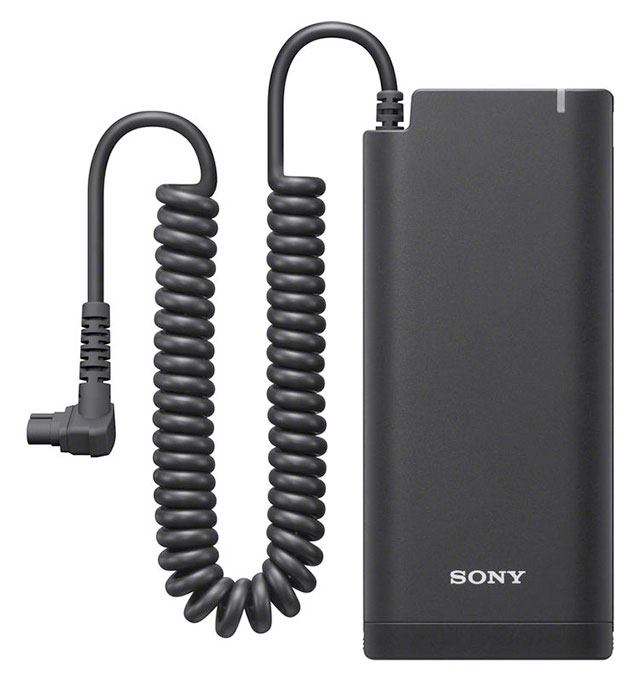 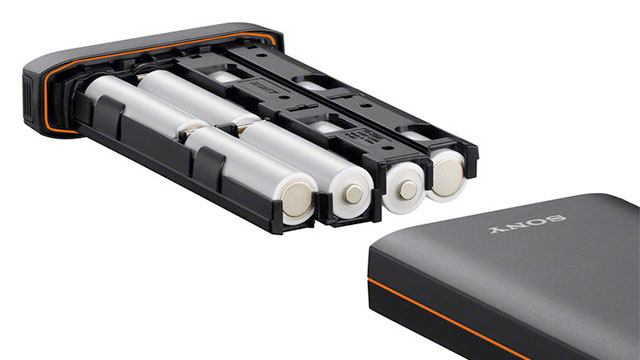 Using a battery magazine system, up to eight AA alkaline or NiMH batteries can be used to offer up to approximately 660 flashes per set of batteries, along with fast recycle times of 0.6 seconds. This magazine can also be used with just four AA batteries in place, and when in use, this pack will be used as the priority power source in order to alleviate power drain on the batteries in the flash.

The battery pack is dust- and moisture-resistant for use in inclement conditions and the cable connection points have been reinforced for improved reliability. Additionally, the included protective pouch can be used to mount the battery pack to a tripod leg or other stand for hands-free use. 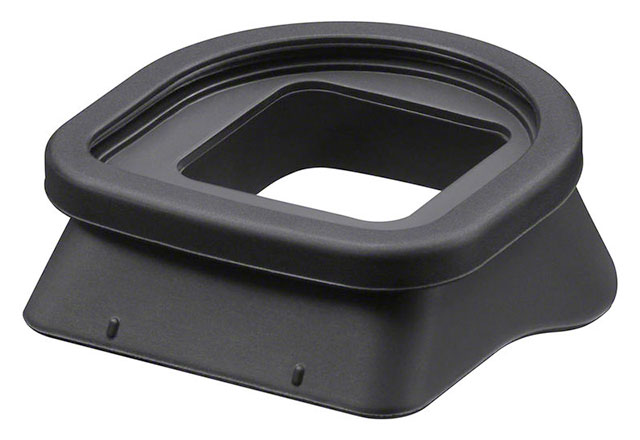 Sony FA-RG1 Multi Interface Shoe Rain Guard ($24.99) from B&H Photo | Amazon helps to protect the flash and camera when working in wet conditions, is attached to the MI shoe of the flash in order to prevent water from entering either the flash or the camera.