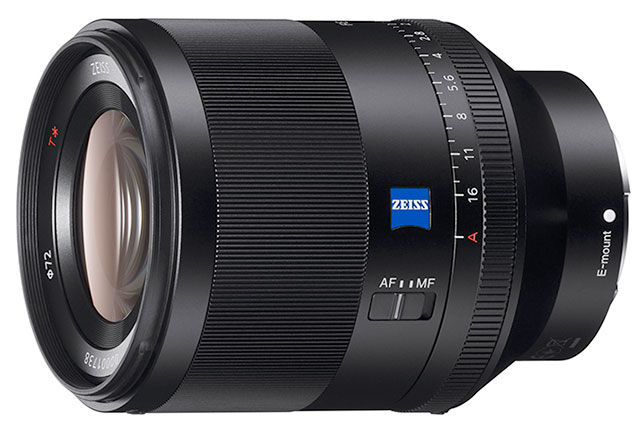 A bunch of you have been asking for this one…

This 50mm prime lens features a large F1.4 maximum aperture that offers impressive contrast and outstanding resolution that are hallmarks of the ZEISSÂ® brand. It produces these consistently strong qualities throughout the entirety of the frame â€“ from center to corner â€“ and at all aperture settings, even while shooting wide open at F1.4. The cutting edge optical structure includes high-precision AA (Advanced Aspherical) and ED (Extra-low Dispersion) glass elements that reduce spherical and chromatic aberration, as well as a ZEISSÂ® T* Coating that minimizes flare and ghosting creating the classic ZEISSÂ® clarity. Additionally, its Planar design ensures minimal distortion.

The large F1.4 maximum aperture of the FE 50mm F1.4ZA lens provides a level of brightness and speed that are advantageous for dimly lit indoor shots, night scenes, and portraits, while its 11-bladed circular aperture allows for stunning â€œbokehâ€, or background defocus, in images. The lens also features an aperture ring with an adjustable ON/OFF switch, an AF/MF focus mode switch, and a dust and moisture resistant designÂ¹, further increasing its functionality.

The new lens is also equipped with a ring drive SSM (Super Sonic wave Motor) system, which allows it to efficiently lock focus with speed, precision and in near silence, making it particularly useful for shooting movies.

The new Sony FE 50mm F1.4 ZA lens ($1,498 – Available for Pre-Order NOW!) will ship this July. The new FE interchangeable lens will be sold at a variety of Sony authorized dealers throughout North America.