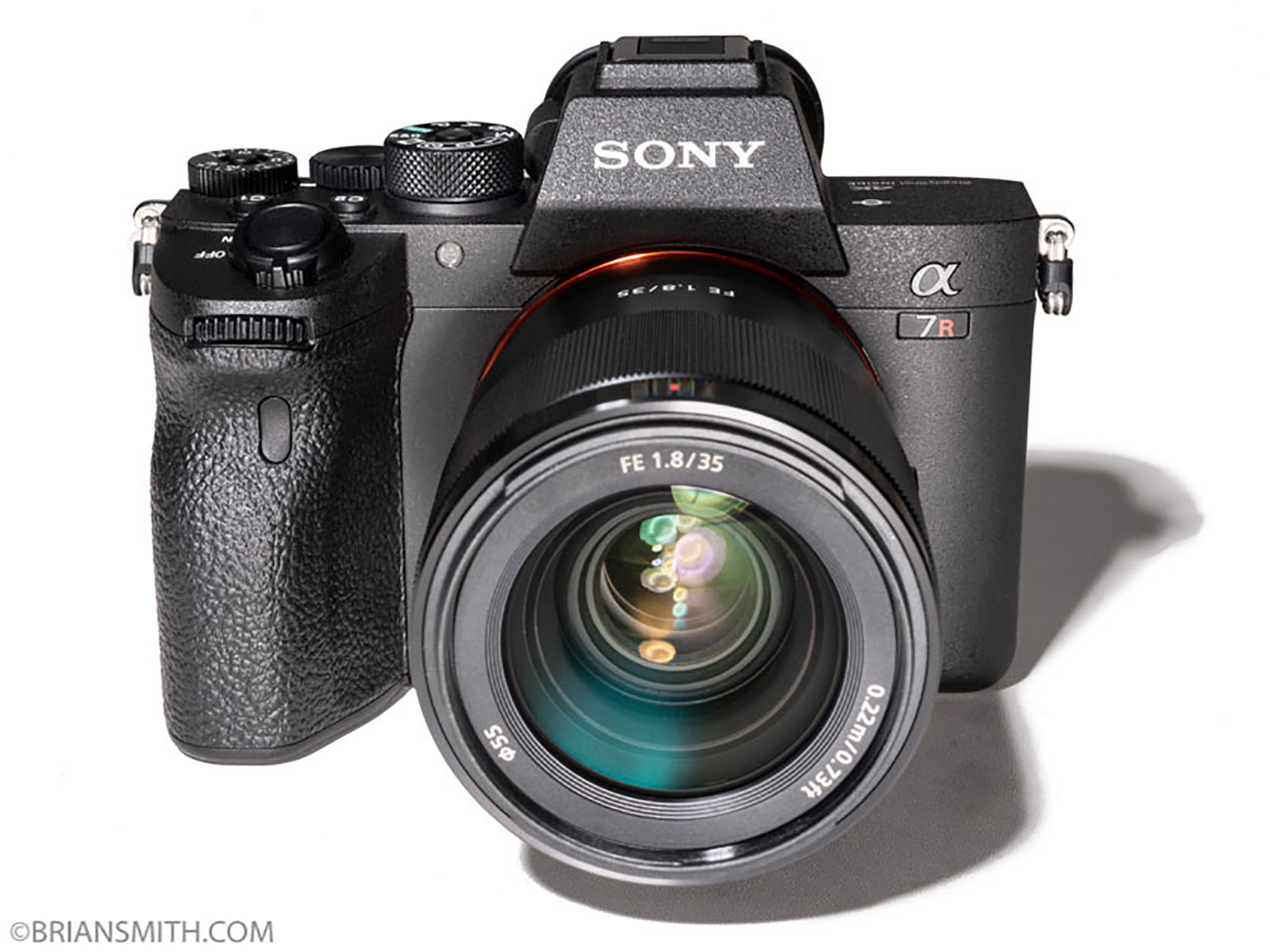 The next generation high-resolution fullframe Sony mirrorless camera you’ve been asking for is here…and earlier than anyone expected! Sony a7R IV ($3,498) from B&H Photo | Amazon | Adorama includes everything you like about a7R III plus MUCH more! Let’s take a look at what’s new and improved…

Sixty-One Megapixels – the most ever for a fullframe camera sensor is sure to grab the headlines for its 9504 x 6336 px (60.2 mp) resolution. As usual Sony didn’t just bump the resolution up a bit from 42 to 45mp and call it a day. Sixty-One megapixels is a significant jump that you can actually see in the images – not merely in the specs. 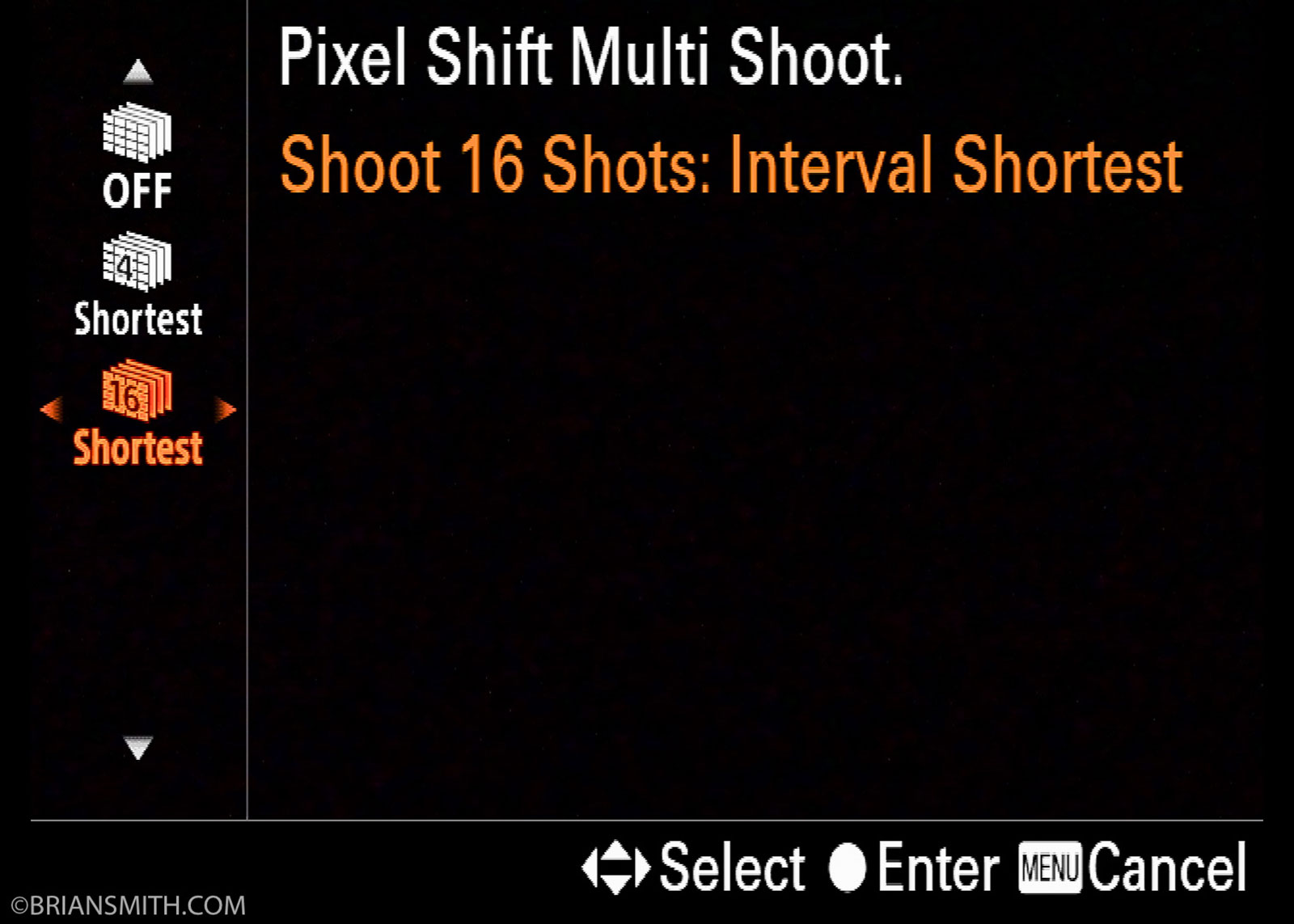 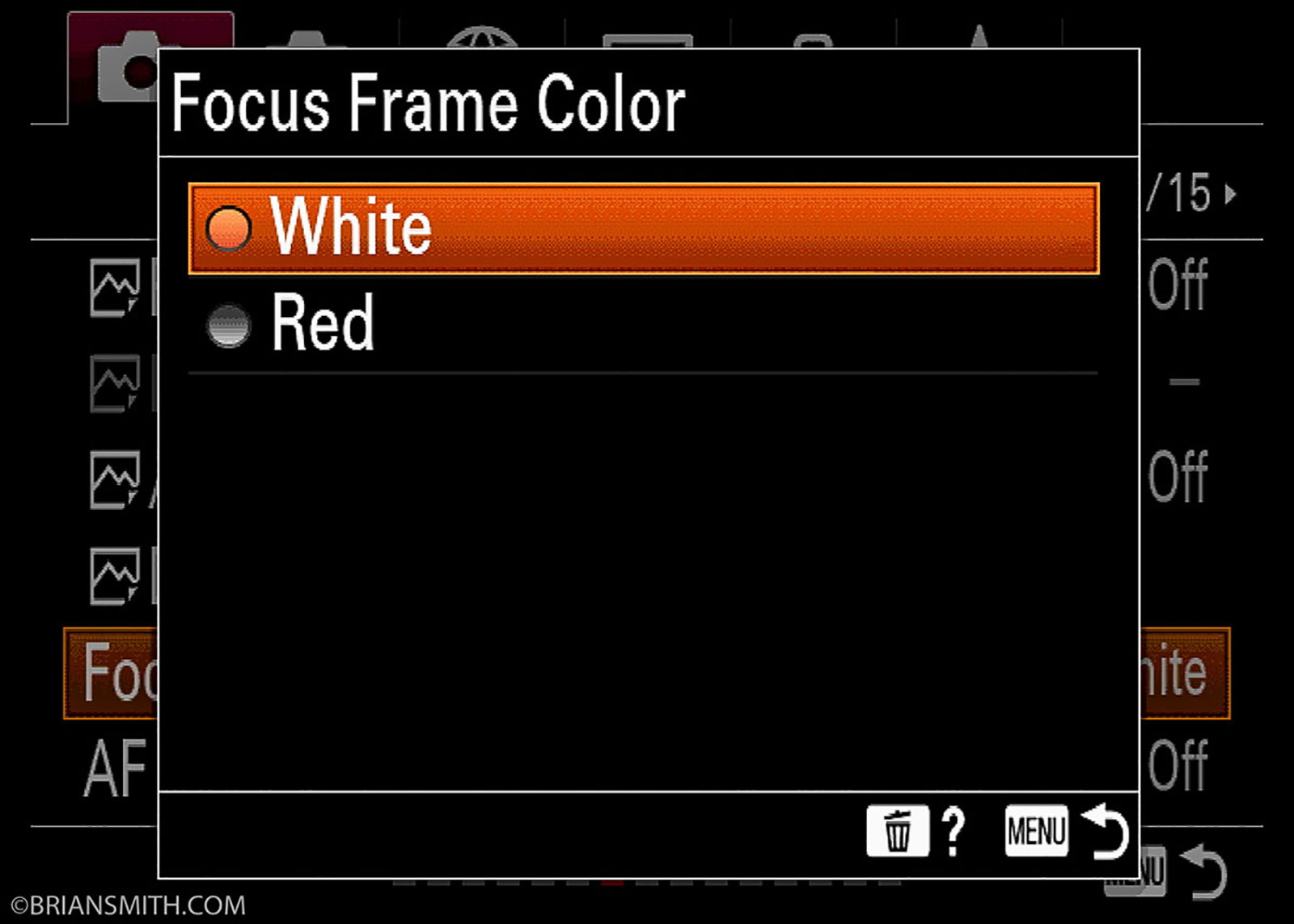 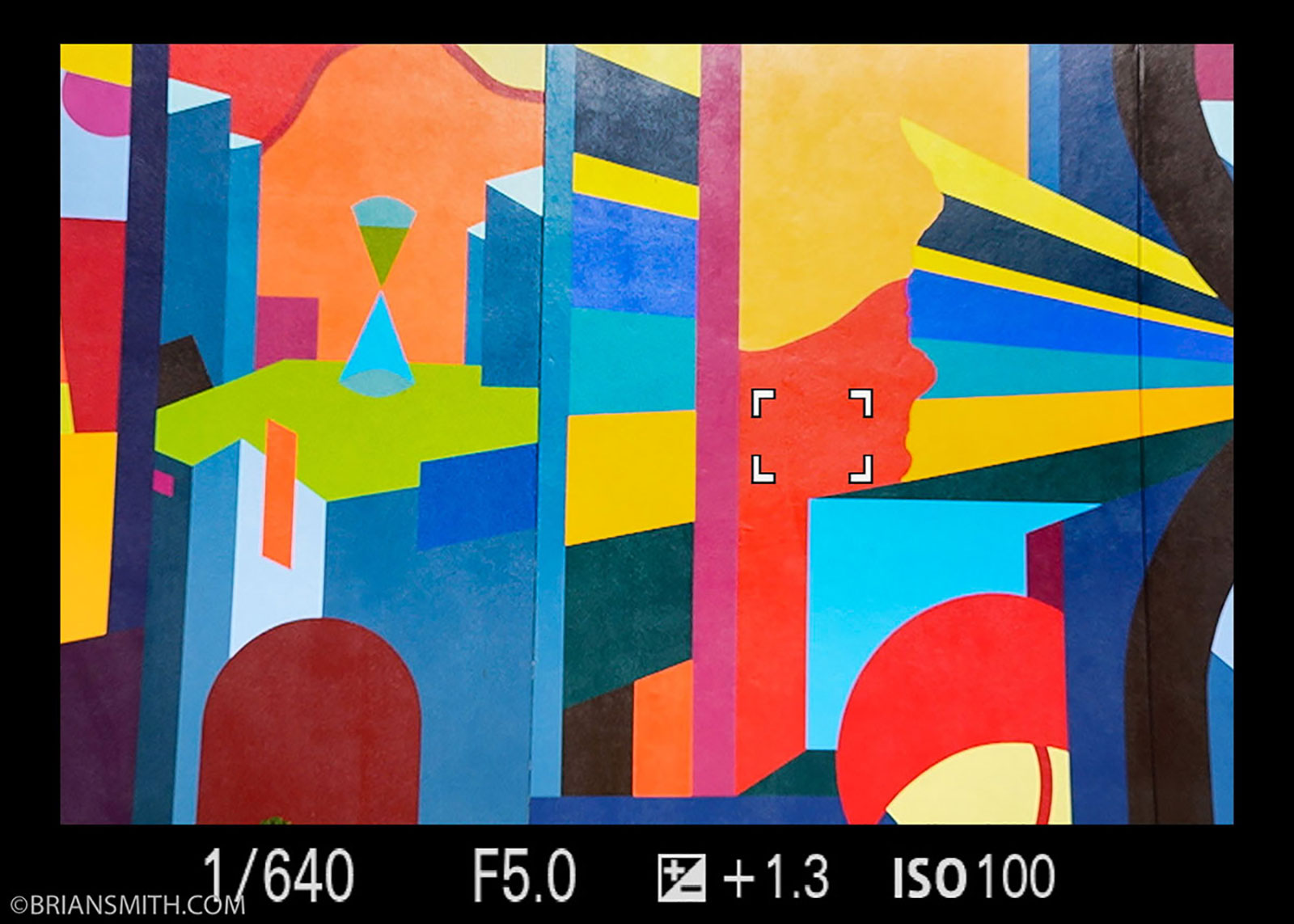 Red Focus Frame color is an excellent choice when shooting a predominantly white scene such as portraits on white seamless, snow scenes or a white building… 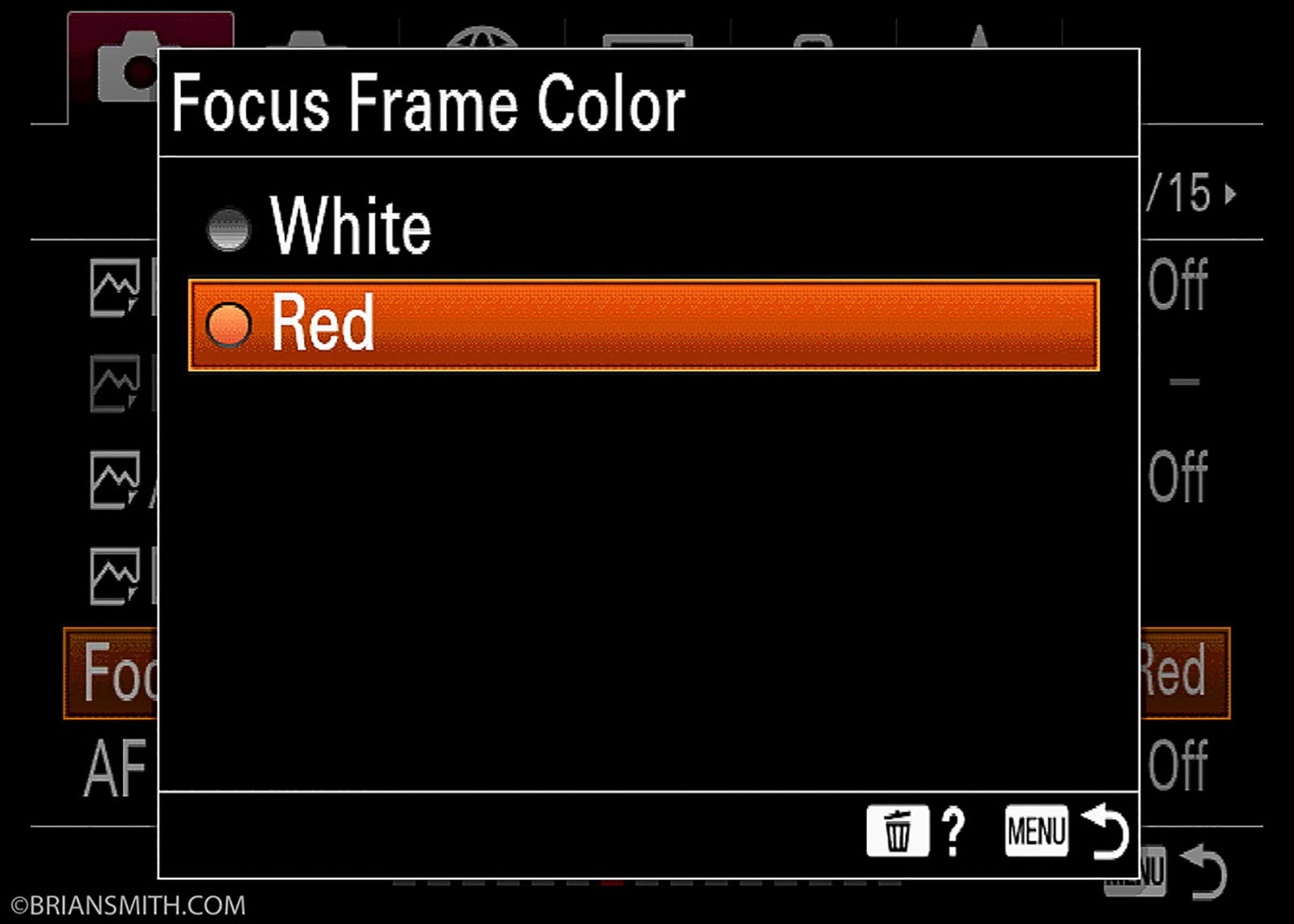 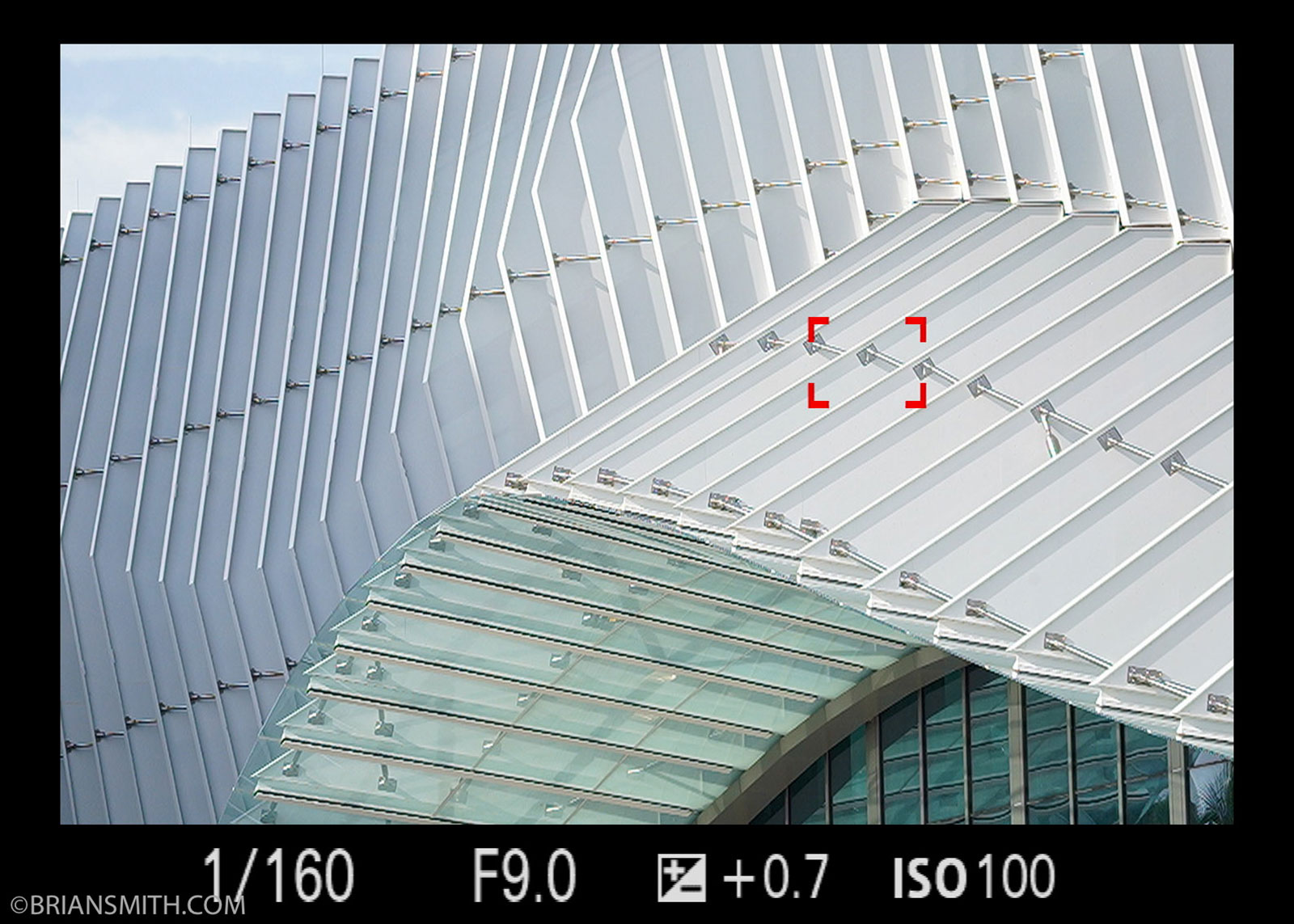 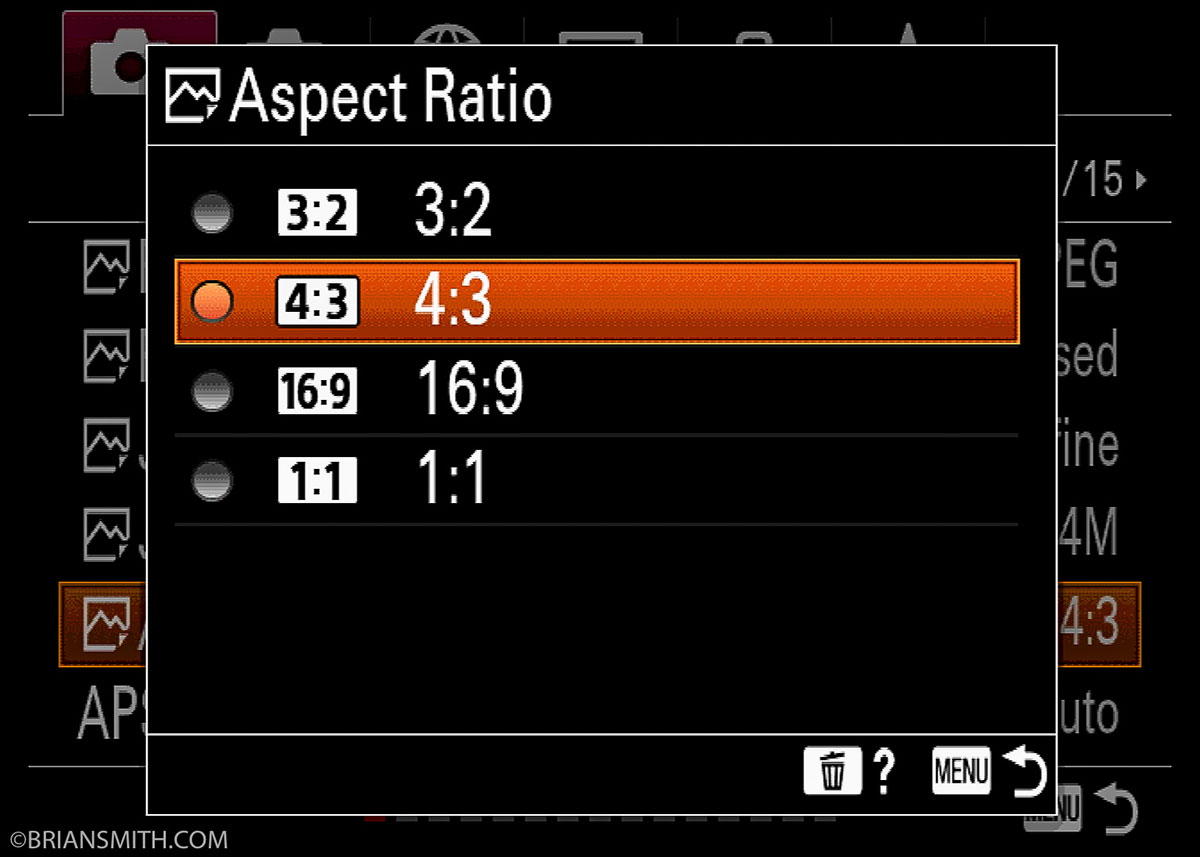 FINALLY! Card Slot 2 is upgraded to UHS-II so now both card slots are now UHS-II compatible. As before you can set recording for redundancy simultaneously record to both cards, Sort stills & video or Raw and Jpeg to different cards or simply choose to record to one card slot at a time and automatically rollover recording to the next card slot. Menu > Setup 5 > Record Media Settings > Auto Switch Media > On

Please Note: Unlike a7 Series III & a9 cameras, Card Slot 1 is now the top card slot 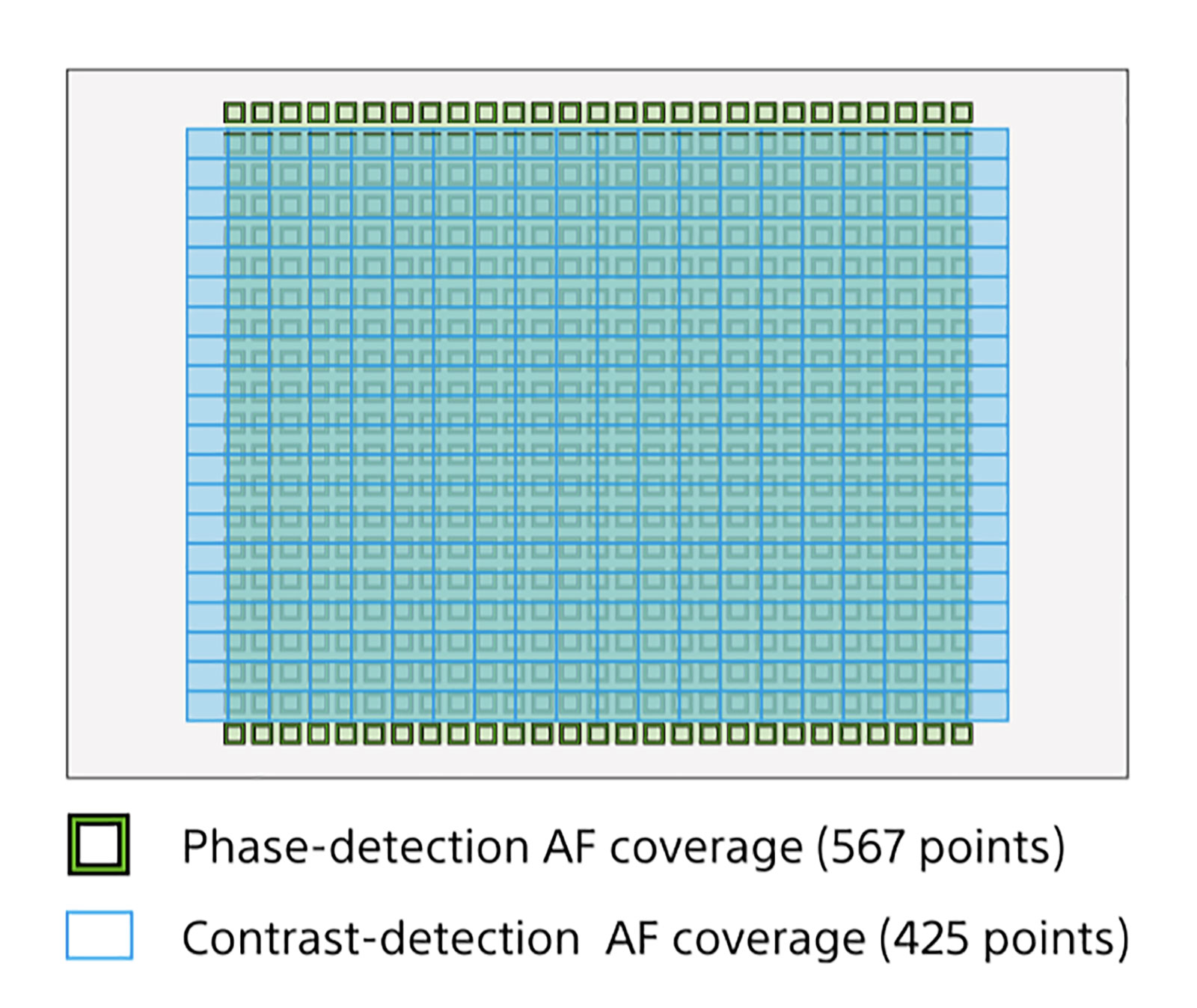 Another request that’s been on my list for quite some time is the option to focus wide open instead of at the shooting aperture and Focus Priority appears to offer this option with certain lenses. 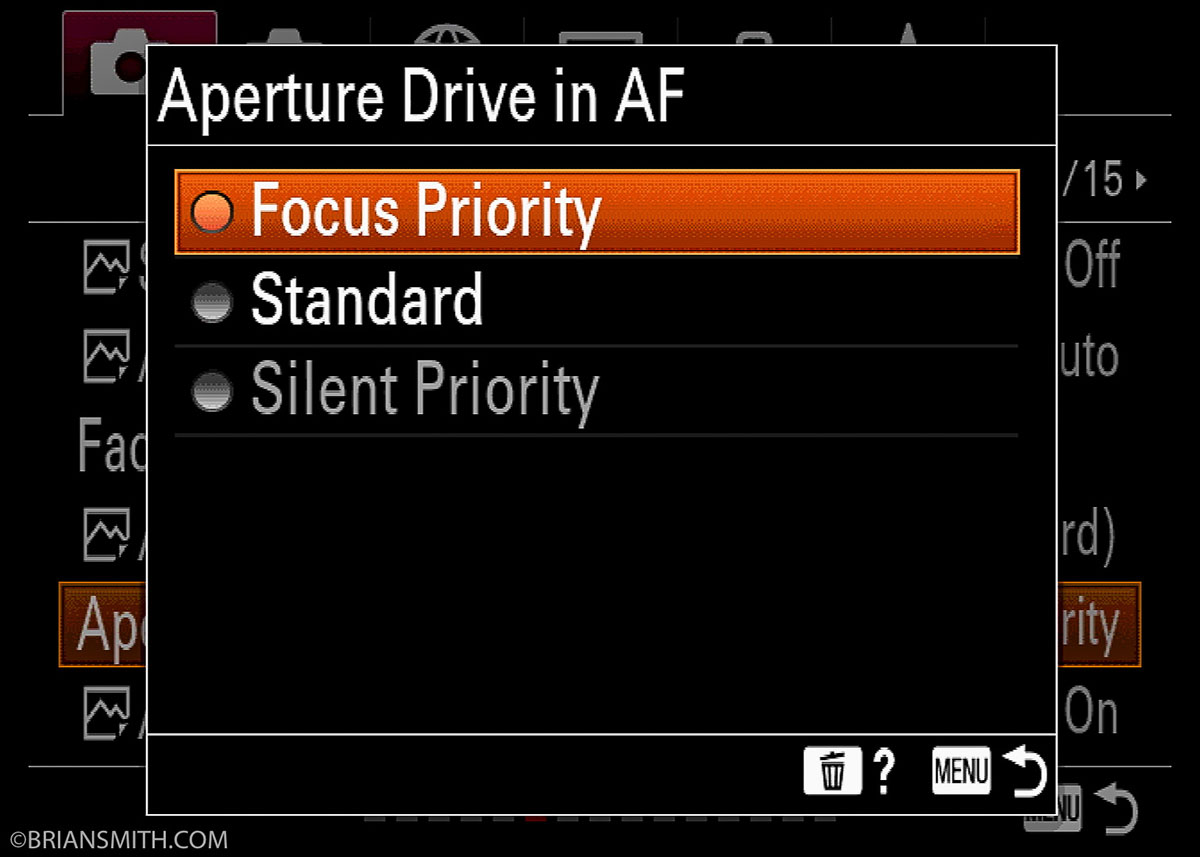 I tested Focus Priority Aperture Drive setting with the new Sony FE 35mm f/1.8, the lens focuses at f/2.2 or wider, while Sony FE 16-35mm F2.8 GM stoped down to focus at the selected aperture. I am uncertain if this can be implemented to older lenses via lens firmware updates or if it’s lens specific behavior.

Focus Priority works with both AF-S and AF-C the difference is that in AF-S, the lens stops down once focus is achieved while AF-C remains open and only stops down to shoot. Just as you’d expect.

Improved low light shooting with autofocus sensitivity extended to -3 EV, which is a one stop improvement from a7R III (rated to -2 EV) 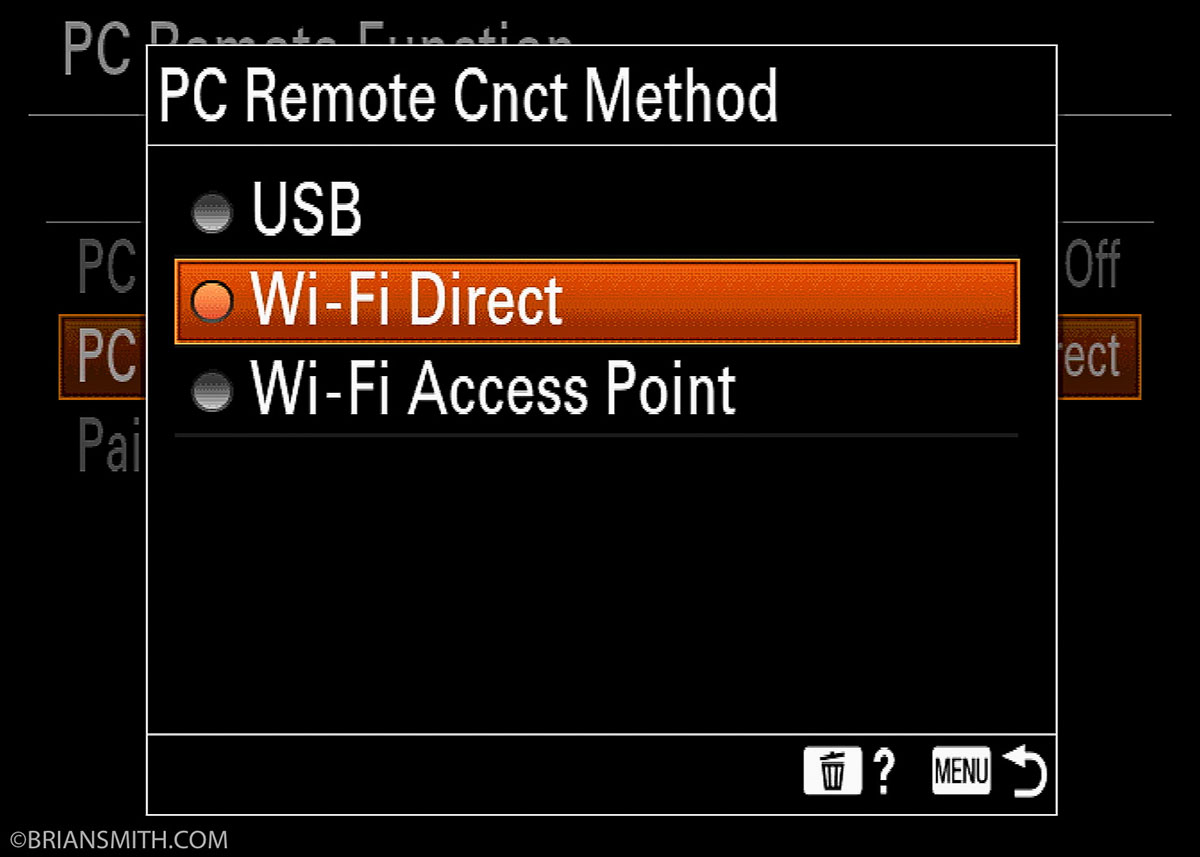 Needles to say, 61 megapixel Raws will transfer a lot faster with 5 GHz if your other hardware supports it.

Like the functions found in Sony a9 FW Update 5.00 & a6400, a7R IV gets Real-Time Eye AF compatible with Real-Time Tracking and Eye Selection. In most instances Auto does a great job of selecting the eye nearest the camera, but if you want to lock in the right or left eye, you can select it here: 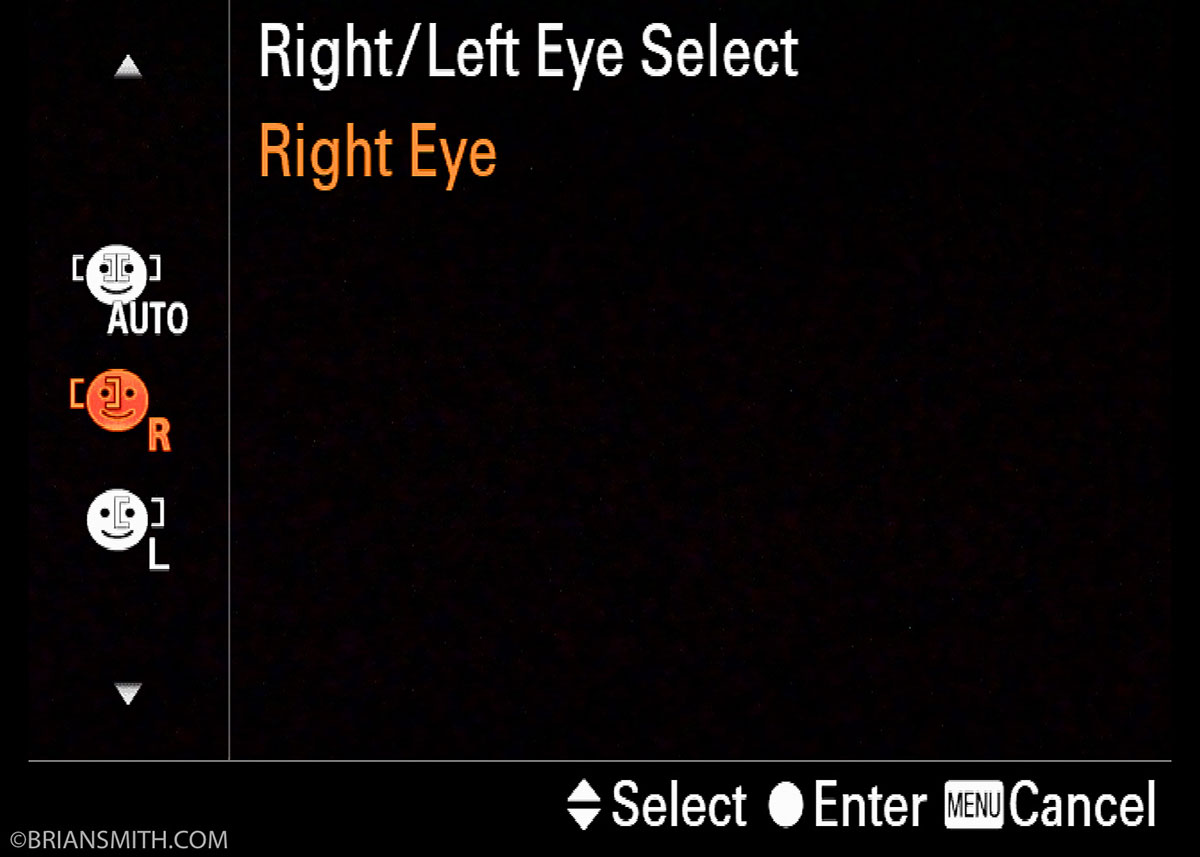 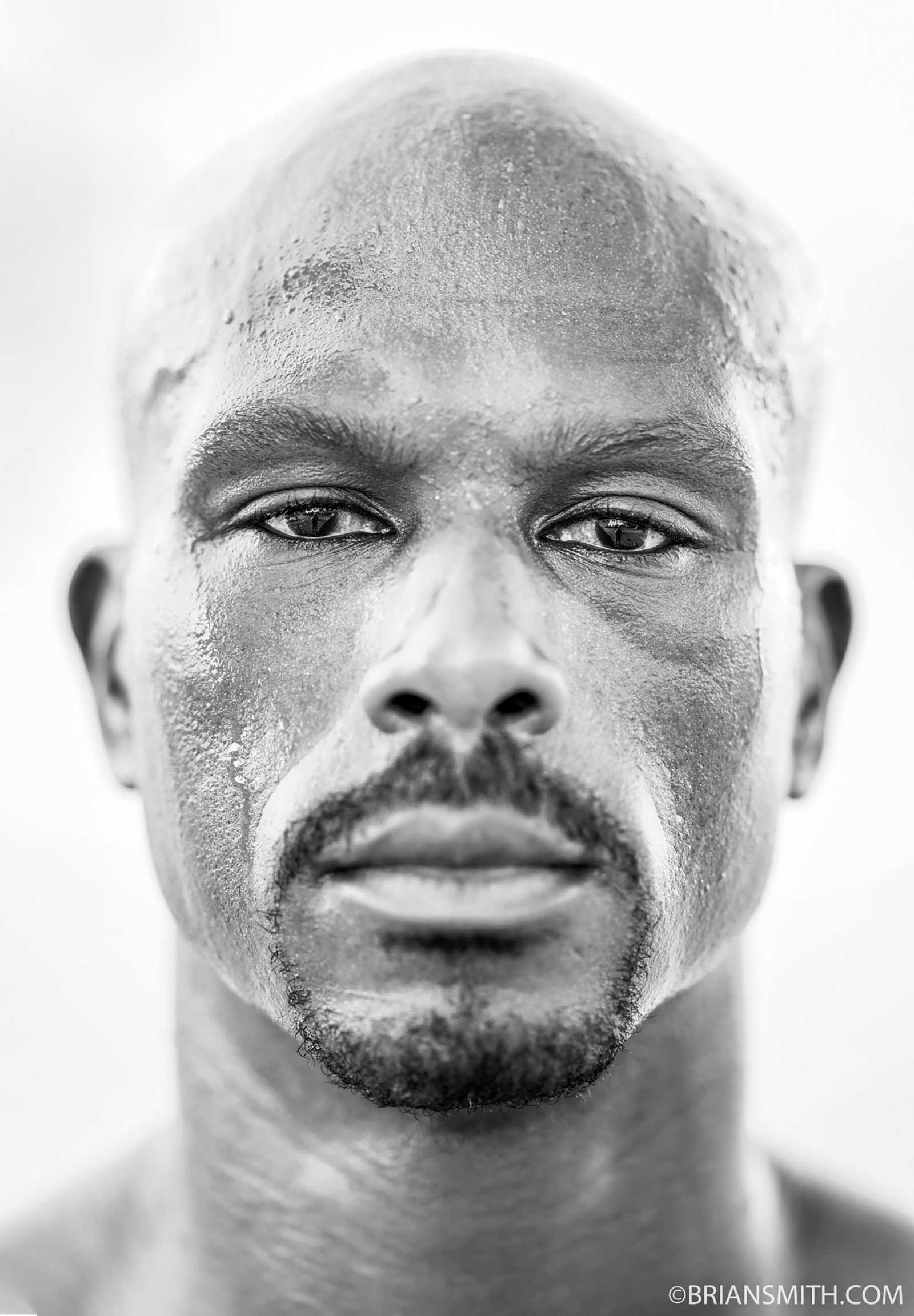 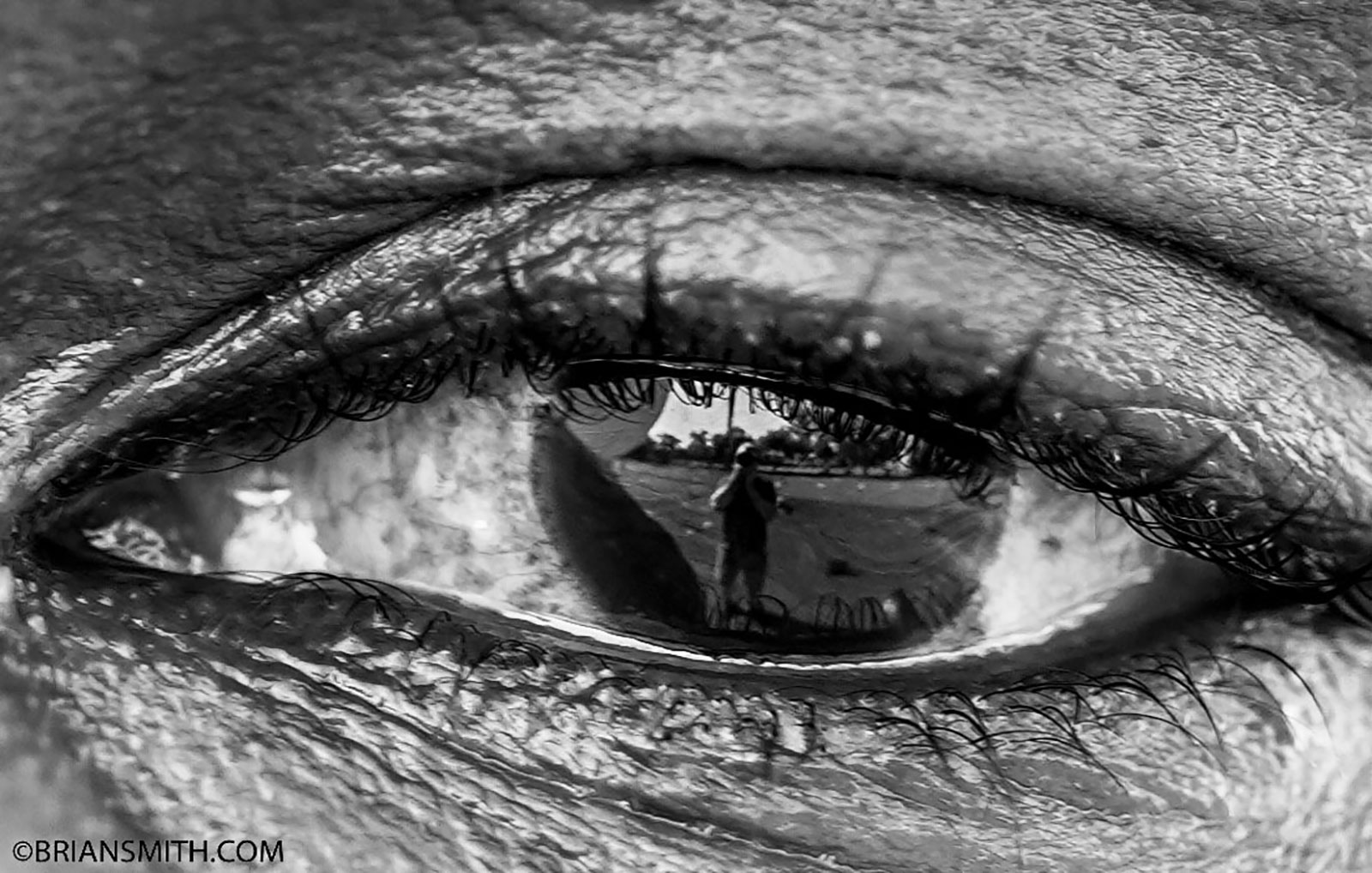 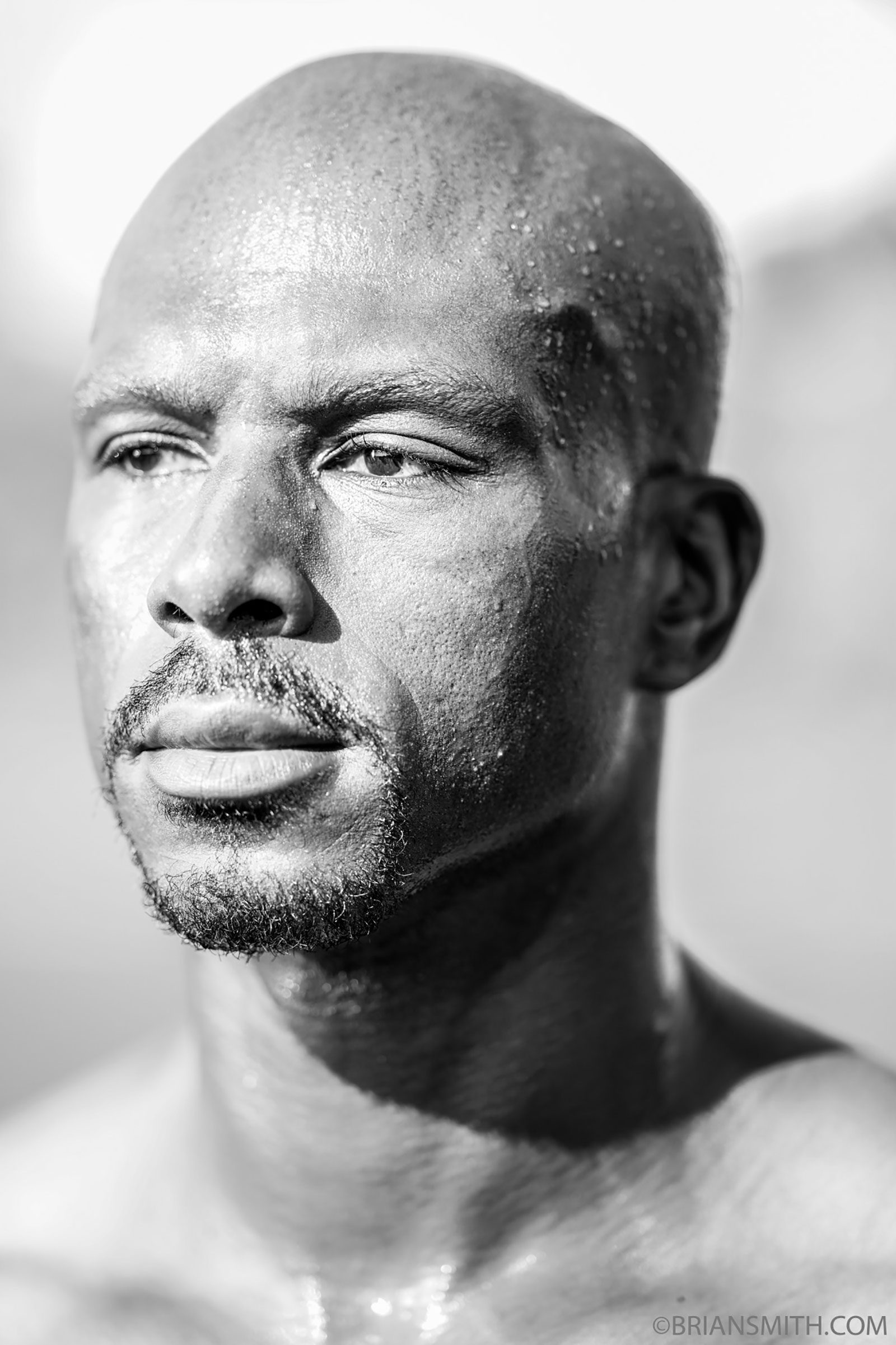 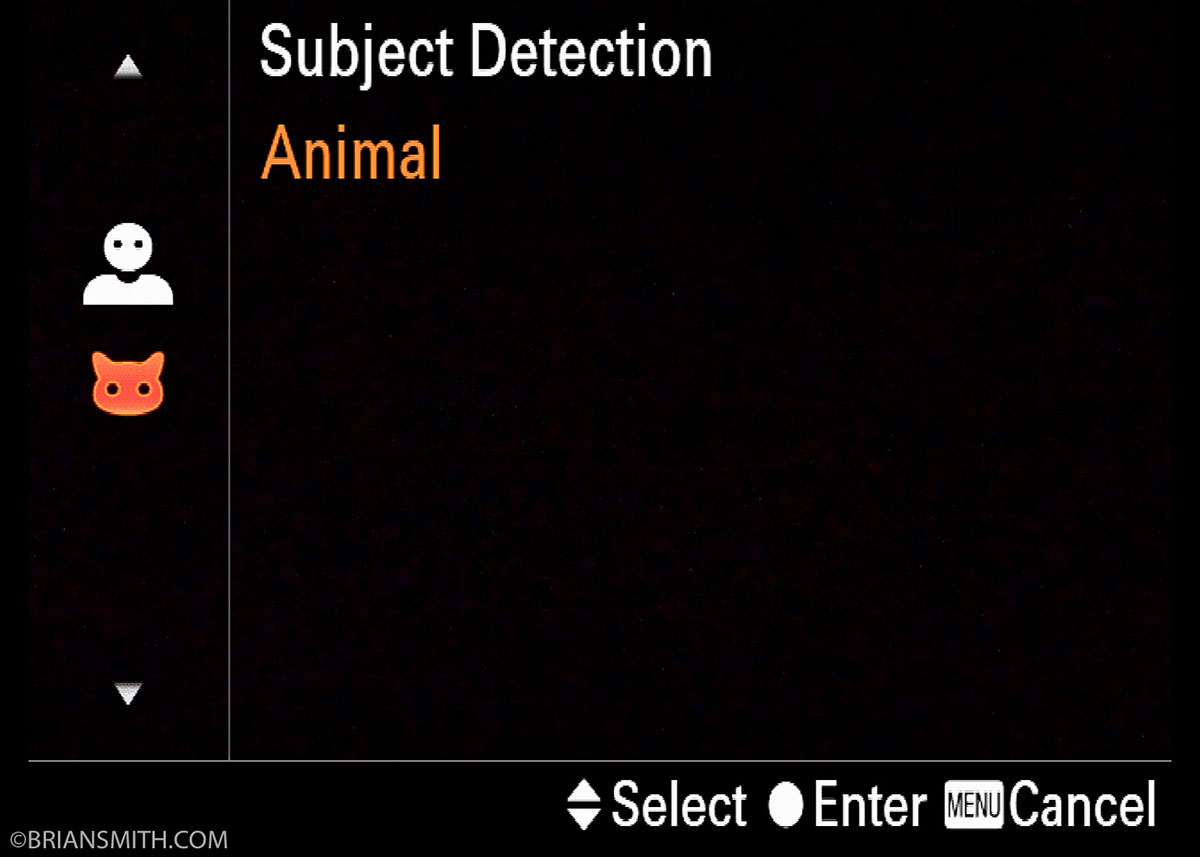 Sony a7R IV can shoot 61 Megapixels with flash at a whopping 10 Frames-per-Second with its mechanical shutter!

Up to 68 Images per Continuous Burst 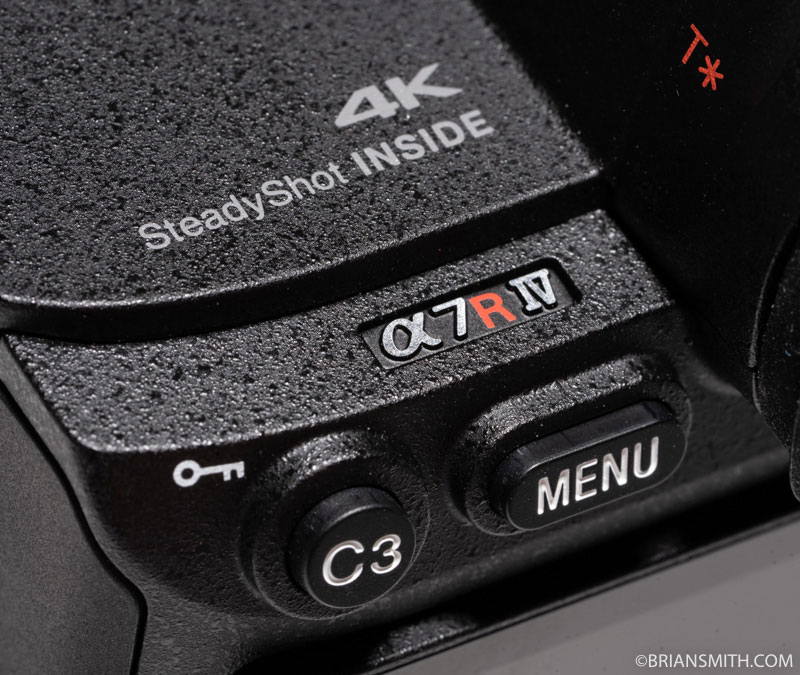 Those of you with big mitts like me will appreciate the newly redesigned grip which is a bit deeper yet still provides a bit more room for your fingers between the grip and the lens mount.

The new Sony a7R IV grip (right) is deeper yet has more room for your fingers between the grip and lens mount than a7R III (left),

Thanks to tweak in the camera design every generation a7 camera got a new vertical grip and this is no exception. Like the previous model, VG-C4EM Vertical Grip ($398) holds two NP-FZ100 Lithium-Ion batteries

Some Sony users strongly requested a lock to the EV Dial to avoid unwanted changes to that setting. Other users, like myself, were vehemently opposed to one since a lock makes adjustments a two finger operation.

For those of you shooting in cold weather wearing gloves, Sony made the rear dial a bit more prominent.

Sony a7R IV’s joystick has been improved for a more tactile feel and better grip.

This is another thing that seems to change with every generation a7 camera and it seems like Sony finally nailed it. The covers for the microphone, headphone, Micro-HDMI, USB-C, Multi-Terminal and PC terminal ports are all tucked beneath solid and sensible covers. 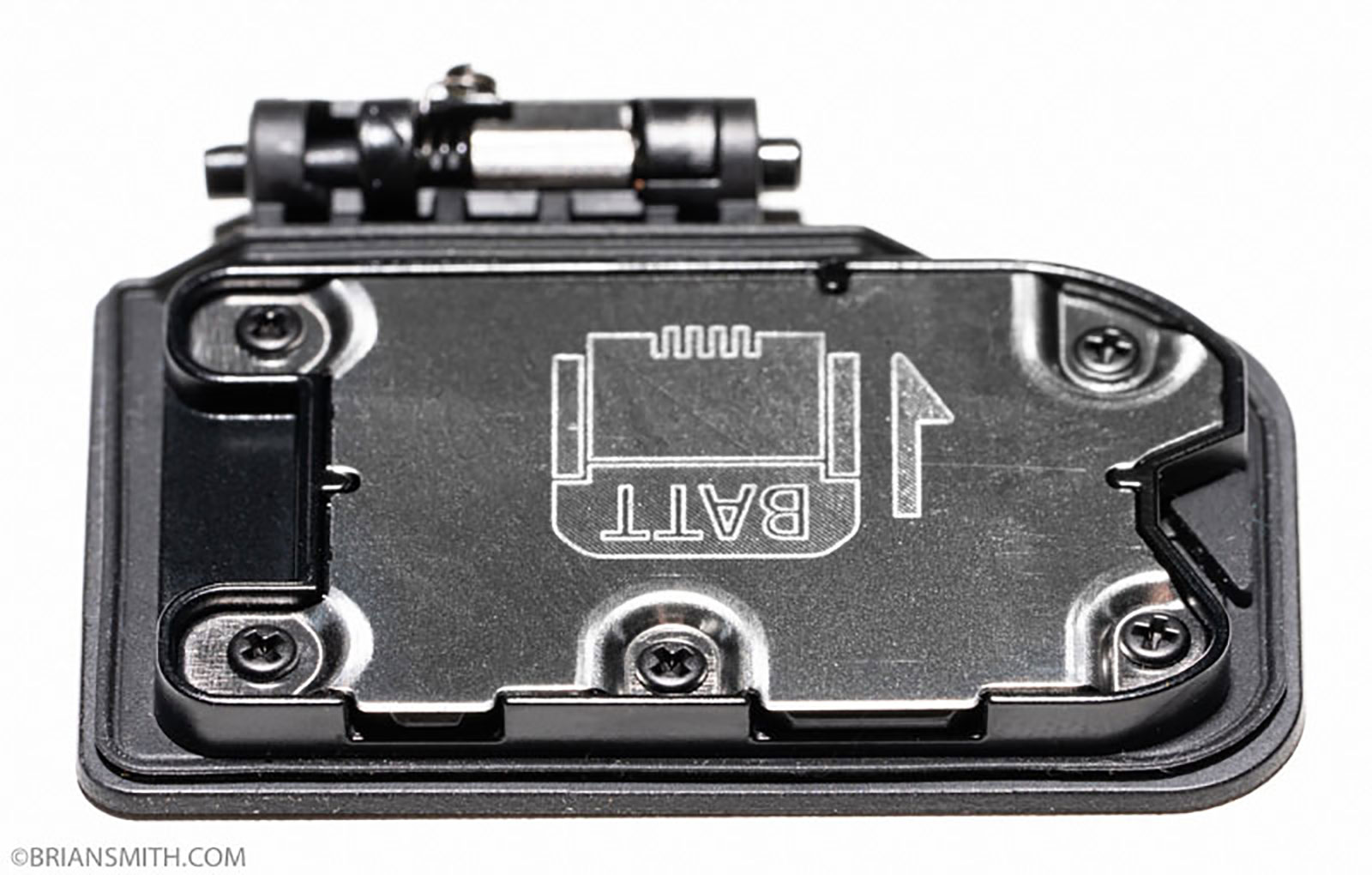 The weakest link in a7R III weather-sealing is the battery door which Sony addresses with a small gasket on the re-designed battery door. It’s a small change but a necessary one.

Every generation of a7R thus far has arrived with an upated shutter mechanism. Sony again improved dampening of their mechanical shutter specifically to minimize vibrations for their new 60 megapixel sensor. This dampening also makes the mechanical shutter noticeably quieter.

Since I was testing the FE 35mm f/1.8 on a7R III at the same time I tested a7R IV, I can absolutely say a7R IV’s shutter is quite noticeably quieter and softer than a7R III. 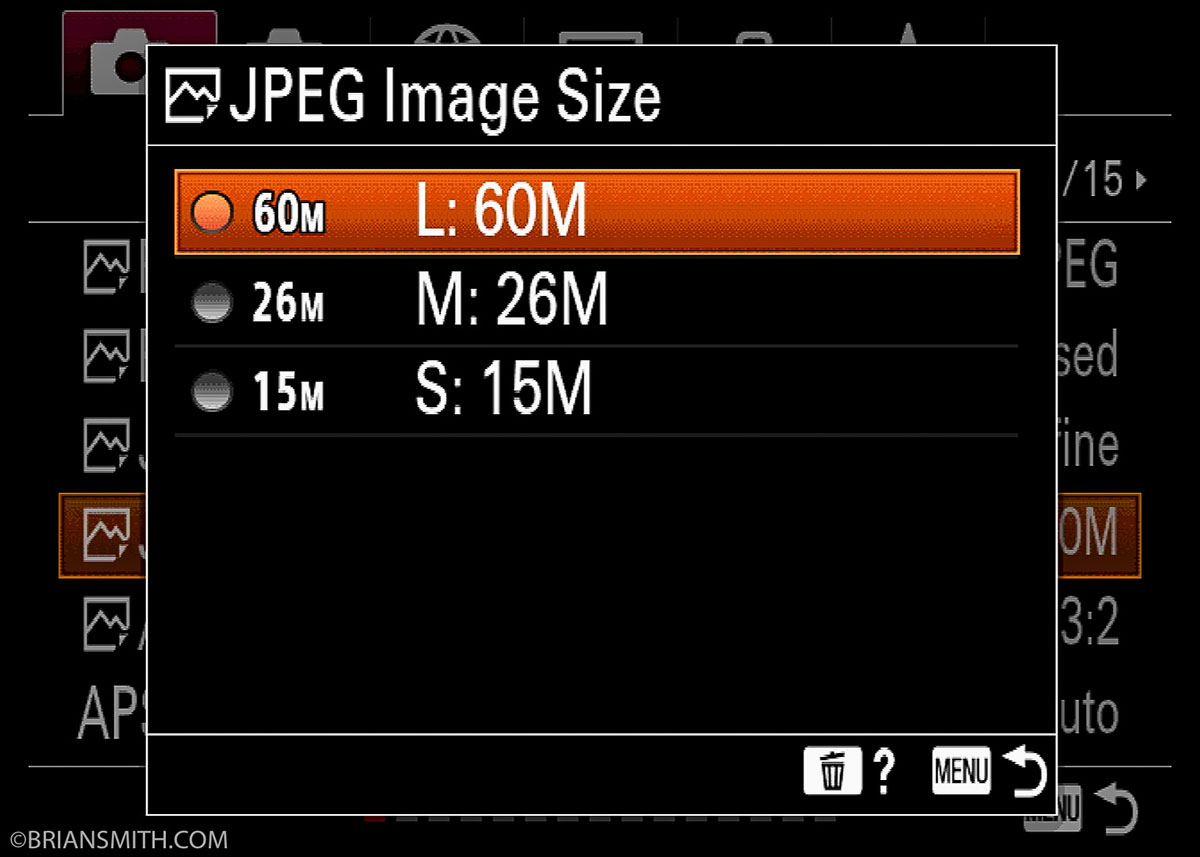 Thanks to its new 60.2mp sensor, APS-C Crop mode results in 26.2mp capture 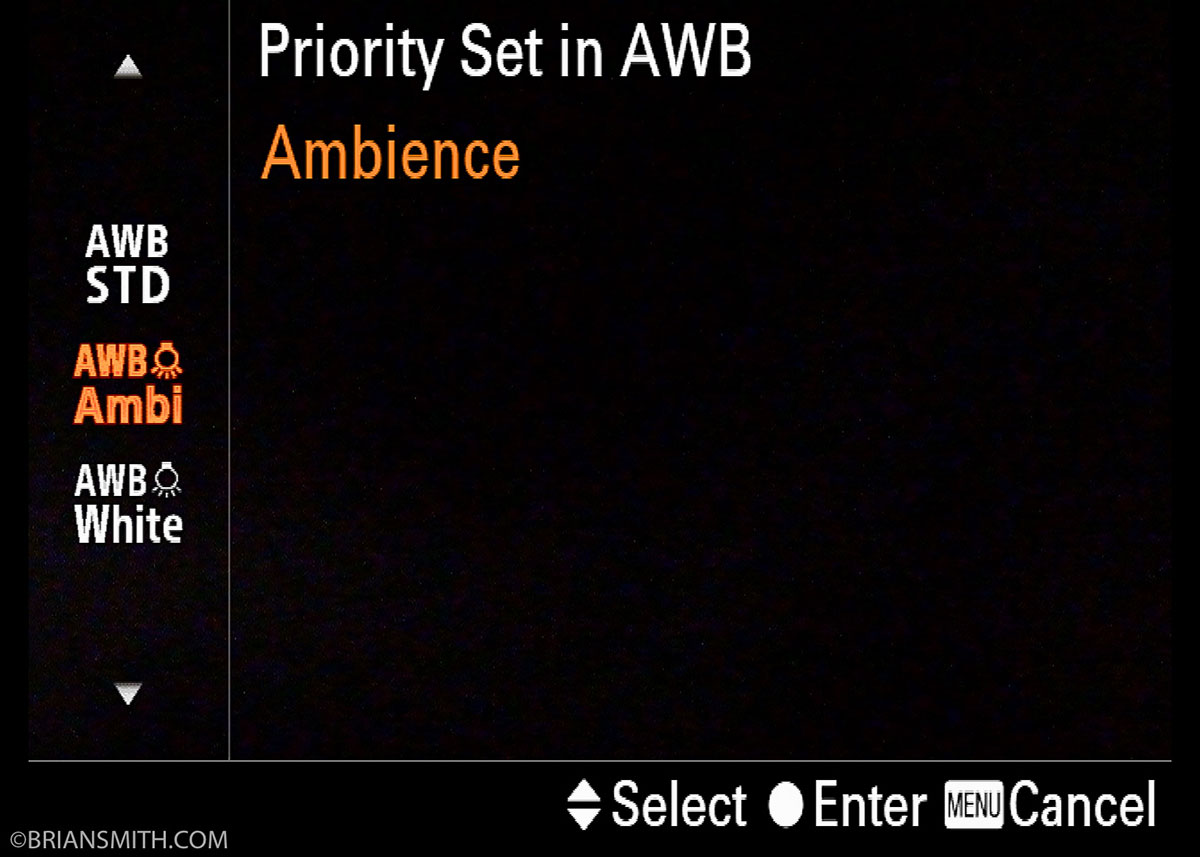 AWB can be Locked with Shutter Release 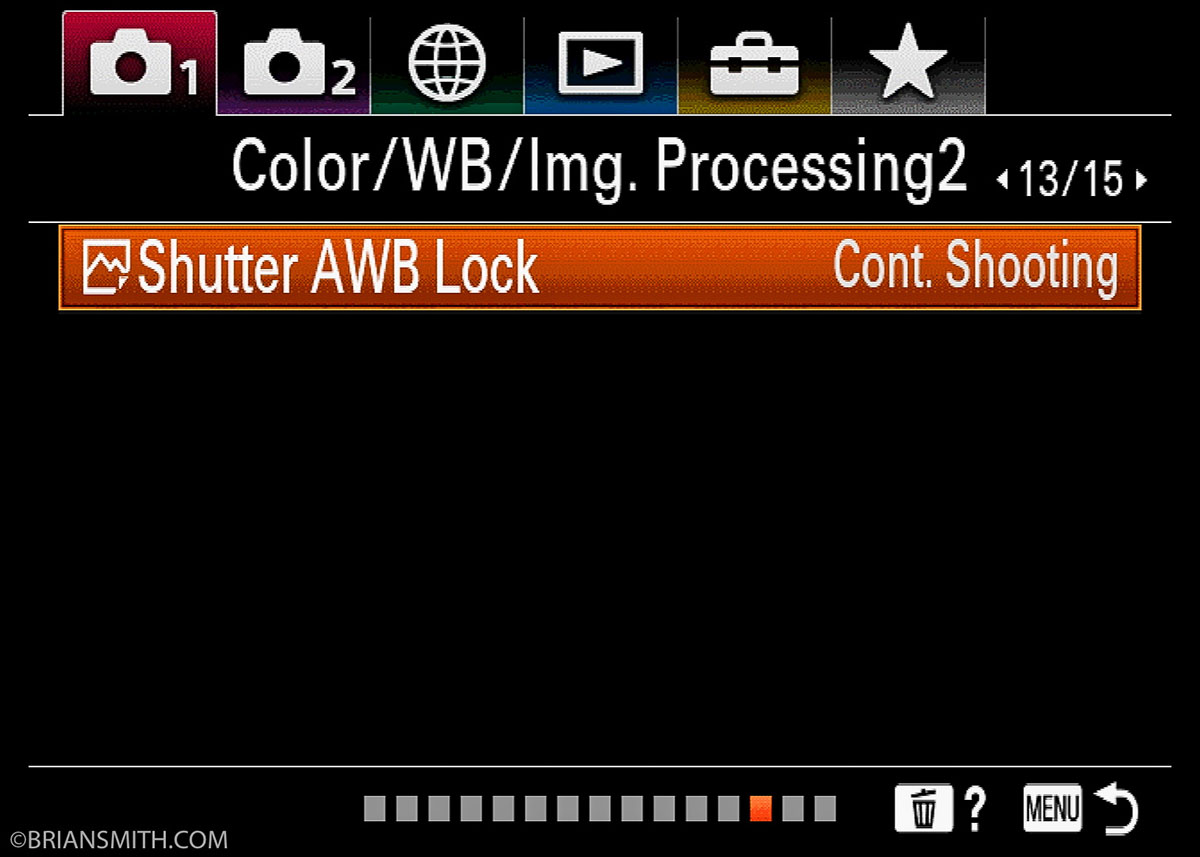 Auto White Balance can also be locked to a half press or full press of the shutter release. 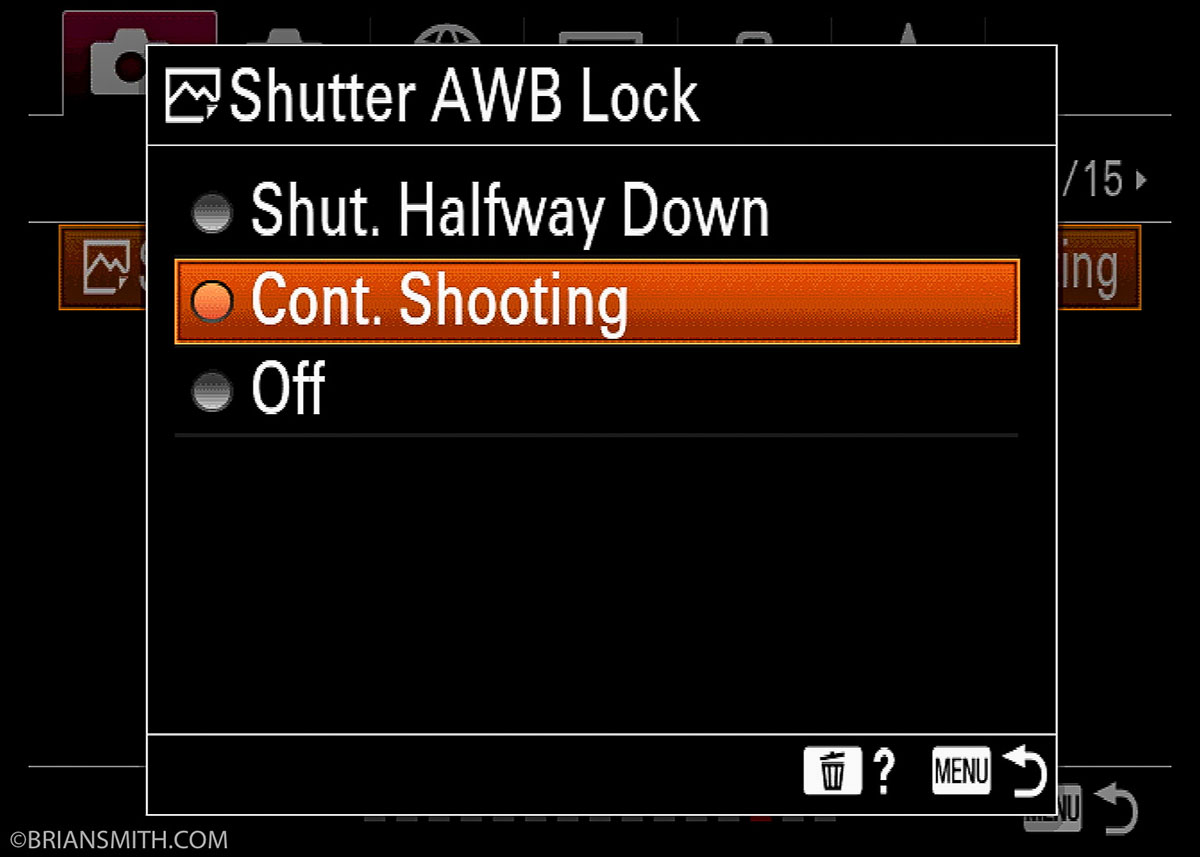 Previously released on a9 FW 5.00 and a6400, a7 Series finally gets interval shooting as a menu item. 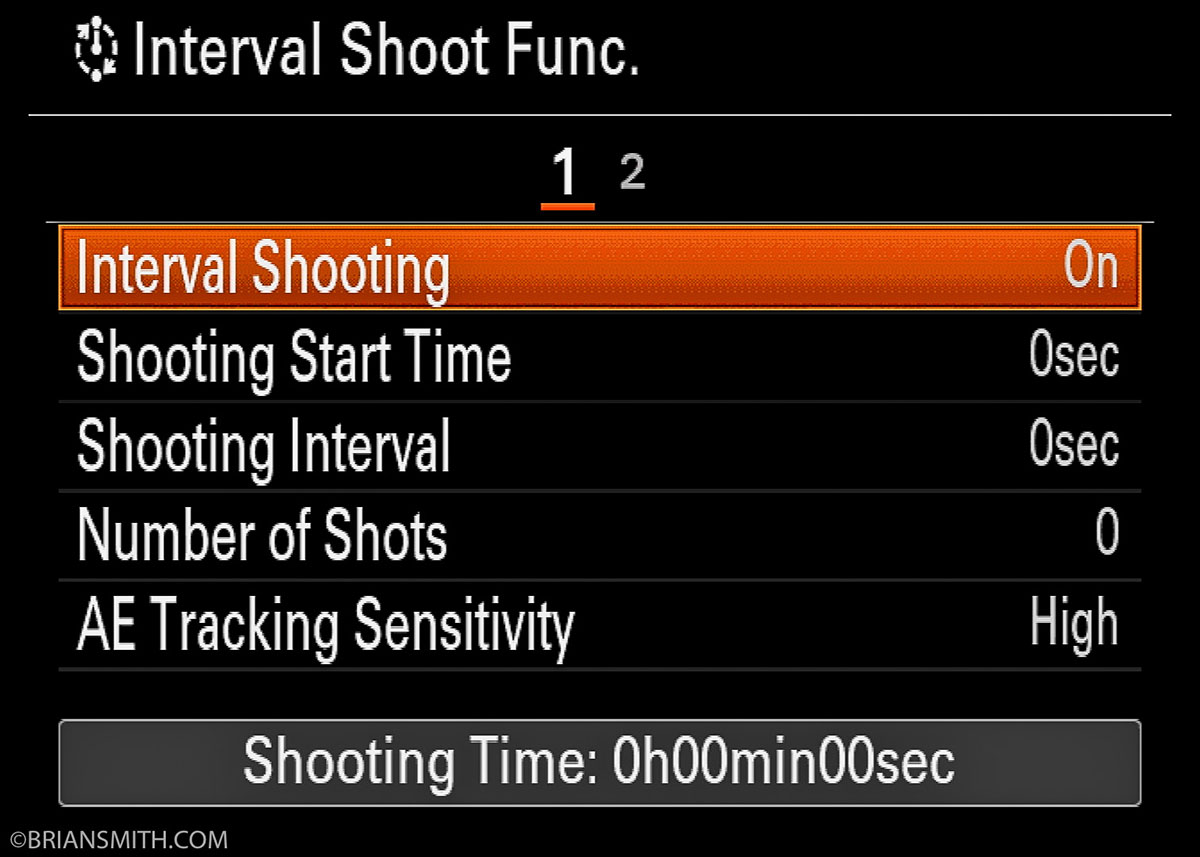 This extremely useful update found on a6400 & Sony a9 (FW 5.00),allows you to turn off focus areas you don’t use. I highly recommend turning off Center and Flexible Spot Small Areas.

Center AF is a holdover from DSLR technology where center was the most accurate AF point but that is no longer the case with mirrorless cameras.

Flexible Spot Small is the most common cause of focus hunting. While many users assume it’s more accurate because it’s smaller – it simply raises you chances of missing an are with sufficient edge contrast which sends the camera AF hunting for one. Stick to Medium or Large. 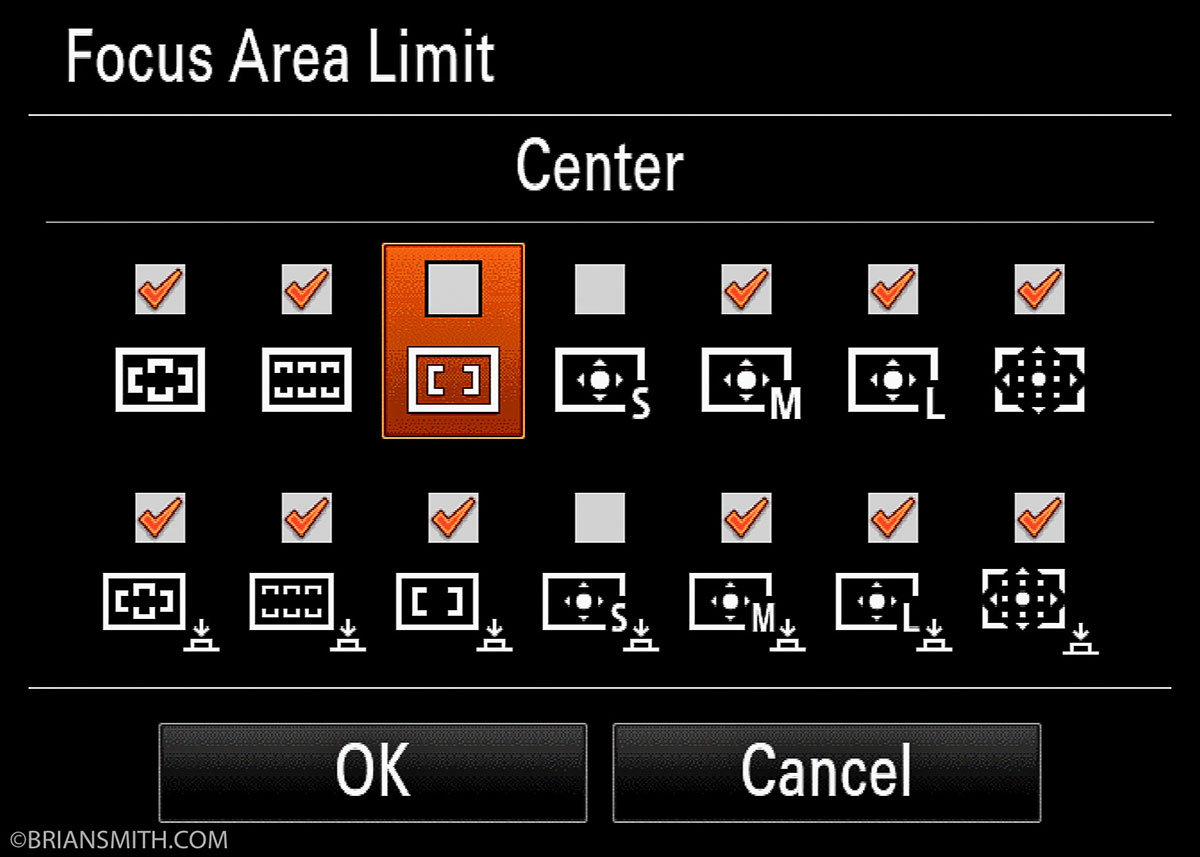 I’ve read a few complaints on photography forums that previous a7 Series camera straps are all simply marked “Sony a7” prompting some a7R Series users to complain their camera had a “lowly a7” on the strap. Grumble no more. Sony a7R IV comes with a new style strap that now carries the Sony a7R IV Signature.

What’s in the Box 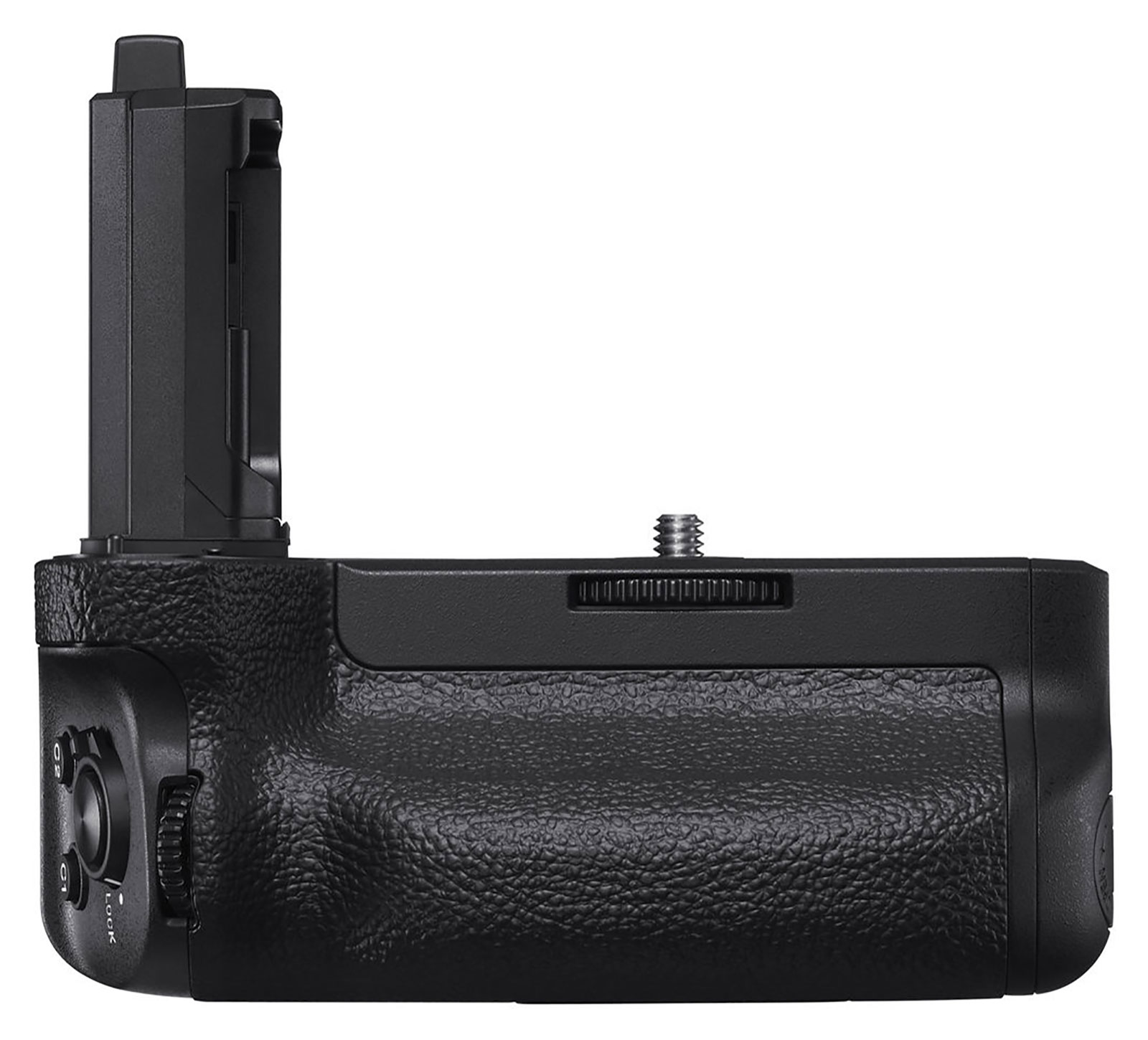 Sony VG-C4EM Vertical Grip ($398) is designed for Sony a7R IV mirrorless cameras. It offers both double battery capacity and a more comfortable grip when shooting in the vertical orientation. The grip accepts either one or two NP-FZ100 batteries to increase the effective battery life for longer shooting sessions, and the batteries can be charged in the grip while attached to the camera via the body’s USB port. The grip’s design maintains the same layout as the camera body itself, and includes a secondary shutter button and Multi Selector for intuitive use. The VG-C4EM grip is built from magnesium alloy and is dust- and moisture-resistant to match the weather sealing of the camera itself. 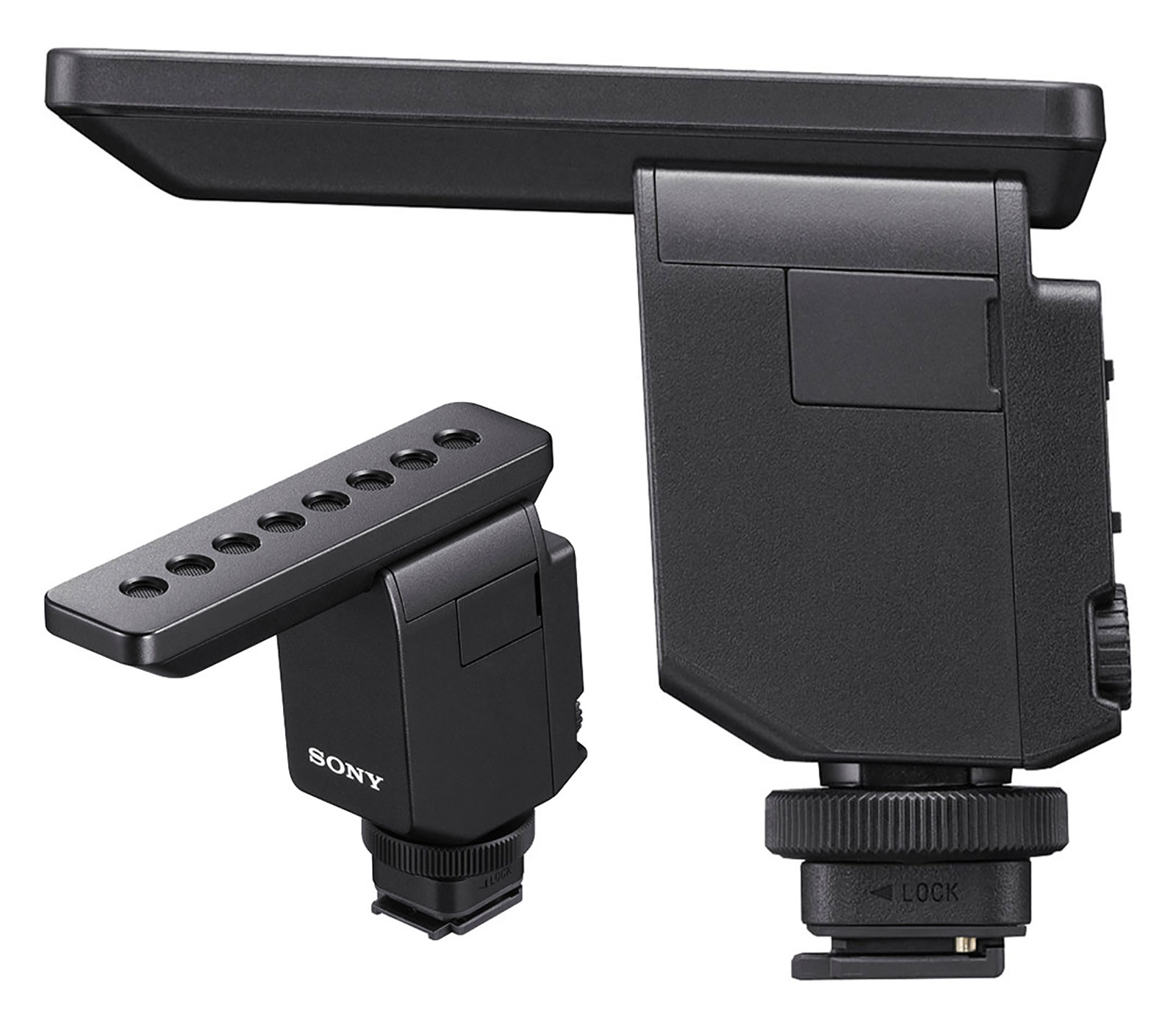 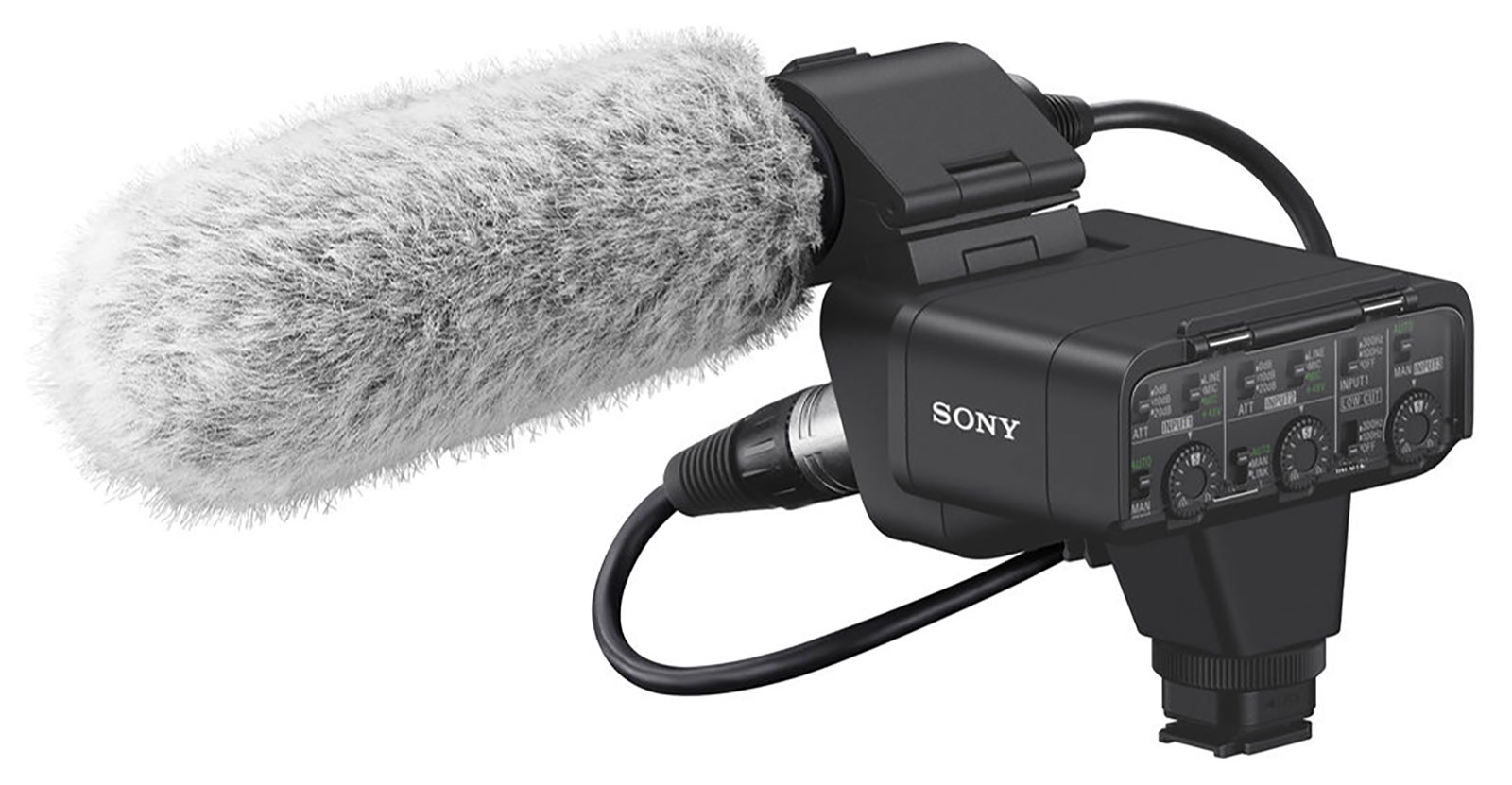 Sony XLR-K3M ($598) is a dual-channel digital XLR audio adapter that allows you to connect microphones and other audio sources to cameras equipped with a Multi Interface Shoe. Released alongside the a7R IV, which benefits from its built-in digital audio interface, the adapter is able to produce its best quality by delivering a digital audio stream directly to the camera through the Multi Interface Shoe. Other Sony cameras with the standard MI Shoe can still make use of the microphone as there is a selectable digital/analog output. XLR-K3M features two XLR-1/4″ combo mic/line inputs with 48V phantom power, and a 3.5mm stereo input with plug-in power, all with individual level controls.

Pre-order Sony a7R IV from B&H Photo | Amazon | Adorama
Pre-orders begin shipping September 12 in the USA
There’s already a huge demand for this camera. The best way to get one is by pre-ordering