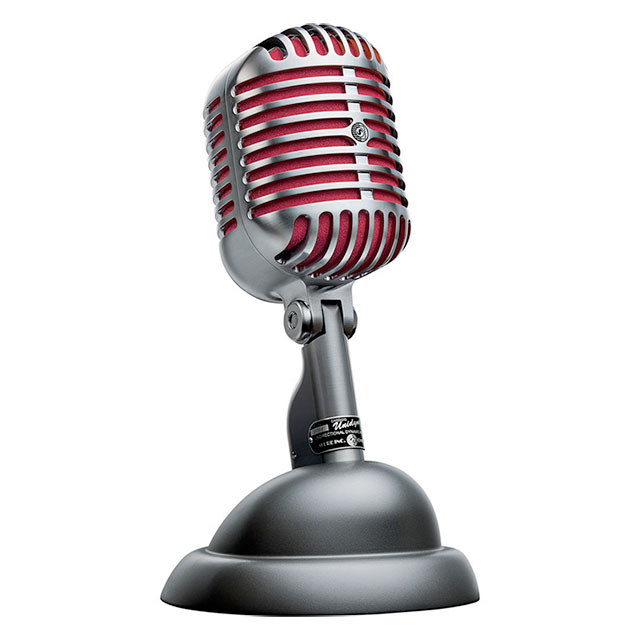 Isn’t your next recording or podcast worthy of the same star treatment as the King and the Chairman of the Board?

Shure 55 Unidyne is arguably one of the most recognizable microphones in the world, used by countless performers, including Elvis and Sinatra. Introduced in 1939 to the pro audio world, it’s cardioid dynamic microphone with an iconic look that quickly became a staple for broadcast, public address and music recording. With its trademark â€œbirdcageâ€ grille enclosure, and its ability to control feedback and reduce of off-axis ambient sound,

The microphone comes in an aluminum flight case with 75th anniversary logo branding, and also includes a Certificate of Authenticity displaying matching serialization. There are even collectorâ€™s photos of the 5575LE and the vintage 55 Unidyne, plus a tribute from Shure Chairman, Rose L. Shure. 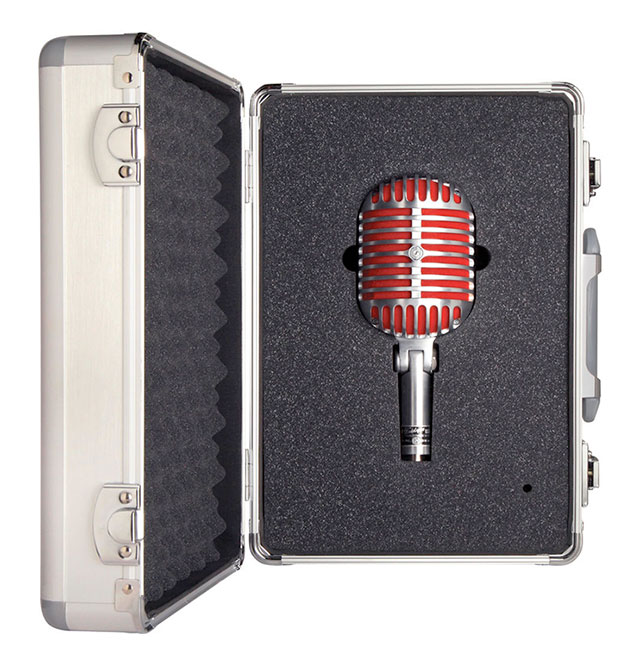 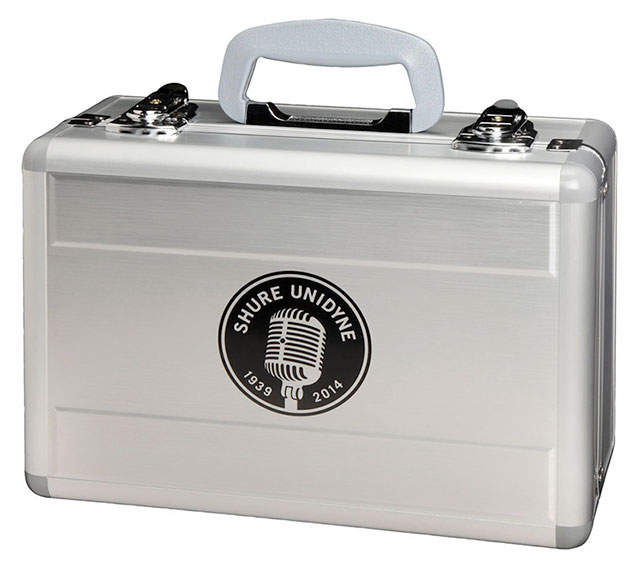 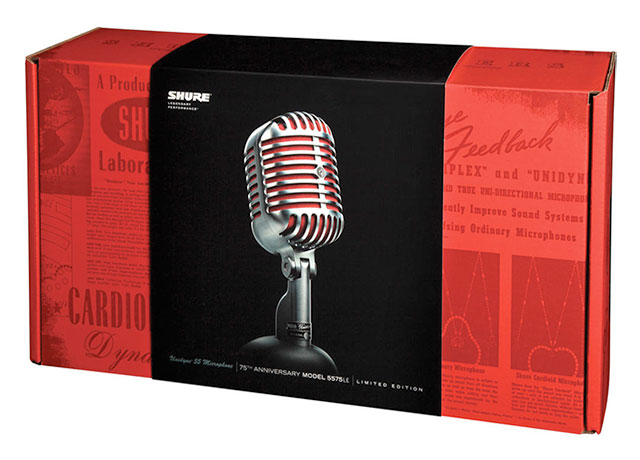