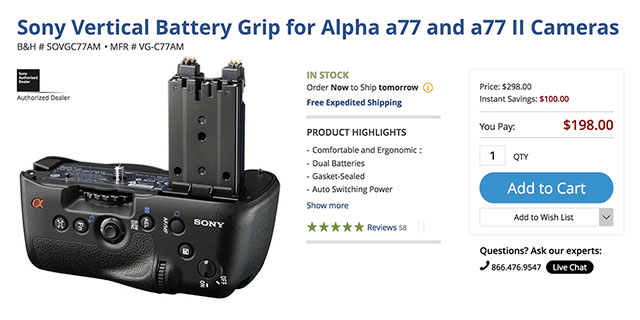 Sony a99 II was just announced today, but you can Save $100 now on the Sony Vertical Battery Grip for Alpha a77 and a77 II Cameras which also fits on Sony a99 II and is on sale this month in the USA!

This vertical grip features a rugged design, gasket-sealed buttons to protect against dust and moisture, and a built-in compartment for two NP-FM500H InfoLITHIUM batteries (sold separately) for up to 1,060 shots. Plus, this grip automatically switches to backup battery power for uninterrupted shooting.

A firm, comfortable grip for vertical-position shooting with the Sony Alpha a77 or a77 II. Buttons and controls are conveniently placed and easy to reach for greater comfort.

Holds two InfoLITHIUM batteries for extended shooting (sold separately). Stamina power for up to 1,060 shots. The battery grip does not have a charging function, so the batteries would have to be charged using the camera body.

The rugged, but lightweight, body design has gasket-sealed controls to resist dust and moisture. The grip has a 1/4″ tripod mount on the bottom.

When using two batteries, the grip will automatically switch to the second battery if the first becomes depleted. Switching does not interrupt camera operation. 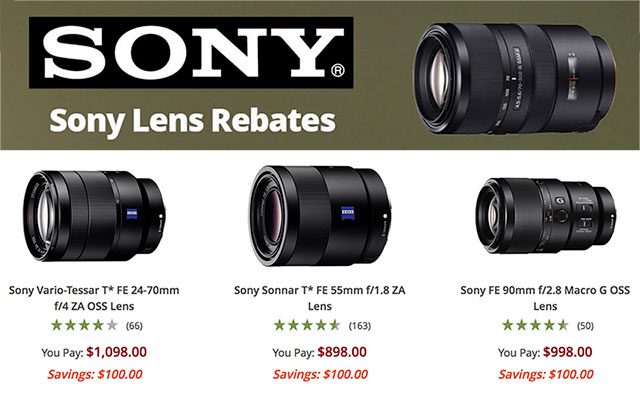