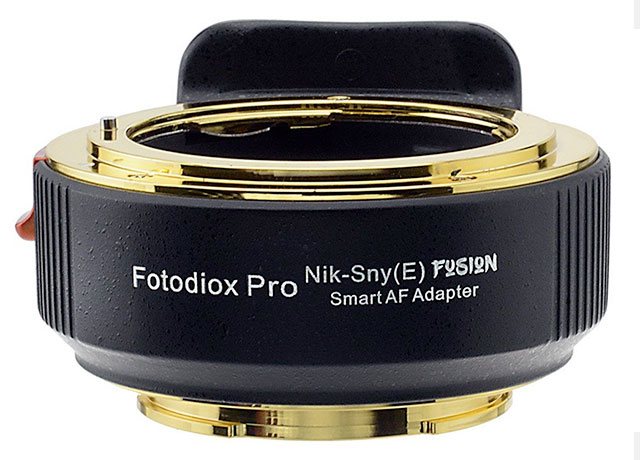 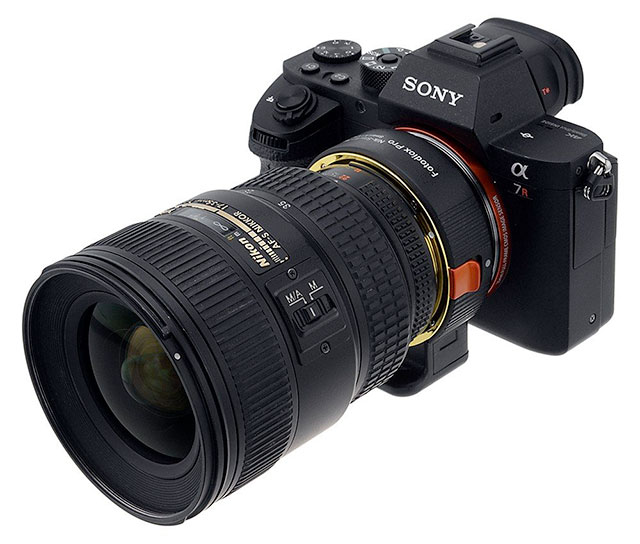 The Nikon to Sony E-mount FUSION adapter’s auto-focus functions are designed to work best with newer cameras that have ‘Phase Detection AF’ such as the Sony a7R II and a6500 cameras. The FUSION adapter will work with cameras that use “Contrast Detection AF”, but performance is significantly slower – we don’t recommend this configuration. All other non-focus functions work equally well on all Sony cameras.
Phase Detection AF Cameras:
• a6000, a6300, a6500
• a7, a7 II, a7R II 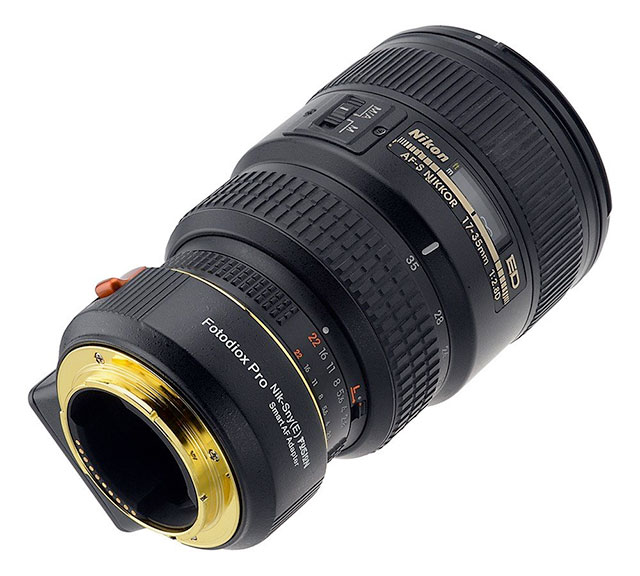 * For electronic aperture control for EMD and “pull rodâ€
Notes:
• In the unlikely event that the camera becomes unresponsive; remove the FUSION adapter, turn the camera off and remove the battery for 10 seconds to reset the camera.
• If the lens seems slow to respond, disassemble lens and adapter and clean both sides of the adapter’s signal contacts with technical grade alcohol
• Adapter enables EXIF and aperture data to be transmitted to and controlled by the camera. Different lenses may exhibit different operating characteristics depending on lens age, and manufacturer. We recommend testing individual lenses in your setup before critical shoots.
• The camera will automatically calculate the exposure after you’ve selected a still or video shooting mode
• All Nikon lenses you mount on the FUSION lens adapter will focus to infinity. Electronic and automatic function will only operate with compatible electronic lenses.
• If you encounter an error where you are unable to depress the shutter to take a picture, or you’re prompted that the lens is absent, be sure to change your camera’s settings to “release shutter without lens”, or change your camera mode to shoot in “aperture priority” mode.