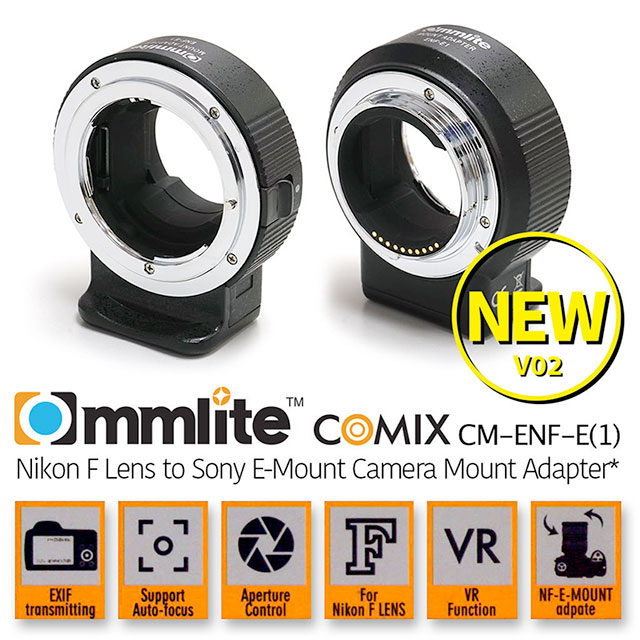 After several delays, Commlite CM-ENF-E Nikon F Lens to Sony E-Mount Autofocus Smart Adapter is once again available for Order for $399 on eBay. According the the manufacturer, the adapter is now expected to ship late-April 2016.

I’ve had one on order since last fall, so I’ll keep you updated as I learn more.

Please Note: For best results, Commlite highly recommends using this adapter with a phase-detection AF-enabled camera like Sony a7RII, a7II (FW 2.00) or a6300!