Pulitzer Prize-winning photographer Brian Smith is the luckiest guy on the planet. He’s told Bill Gates exactly what to do for an entire hour, appeared on The X Factor, exhibited at the Library of Congress,  dined with the President and 3,000 of their closest friends, shared cupcakes with Anne Hathaway, gotten drunk with George Clooney and married the most beautiful woman he ever laid eyes on…

For the past 30 years, his iconic portraits of famous celebrities, athletes and executives have been used in advertising, by corporations and have graced the covers and pages of hundreds of magazines including Sports Illustrated, ESPN the Magazine, Time, Forbes, New York Times Magazine, Elle and British GQ. 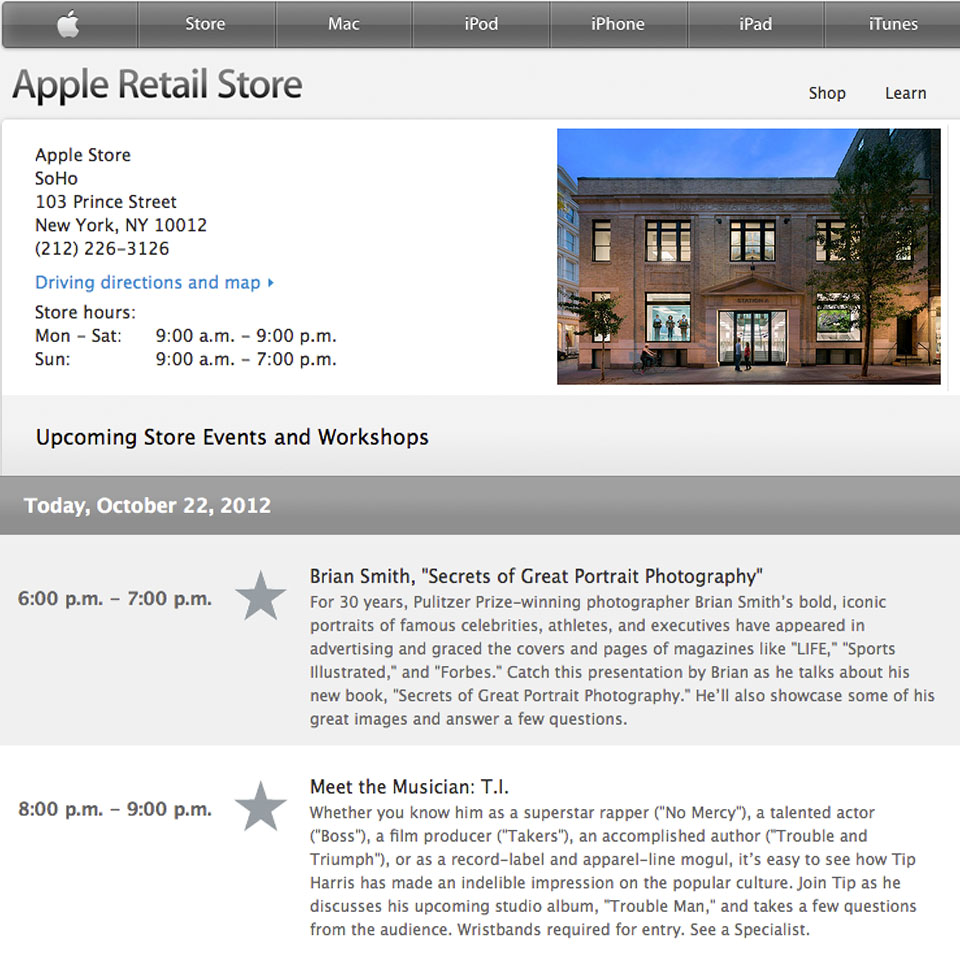 If you missed the talk, you can still catch it on iTunes.