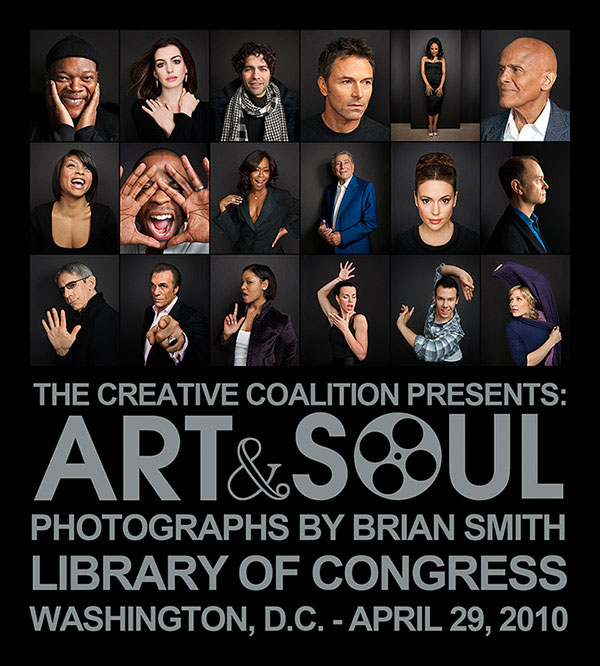 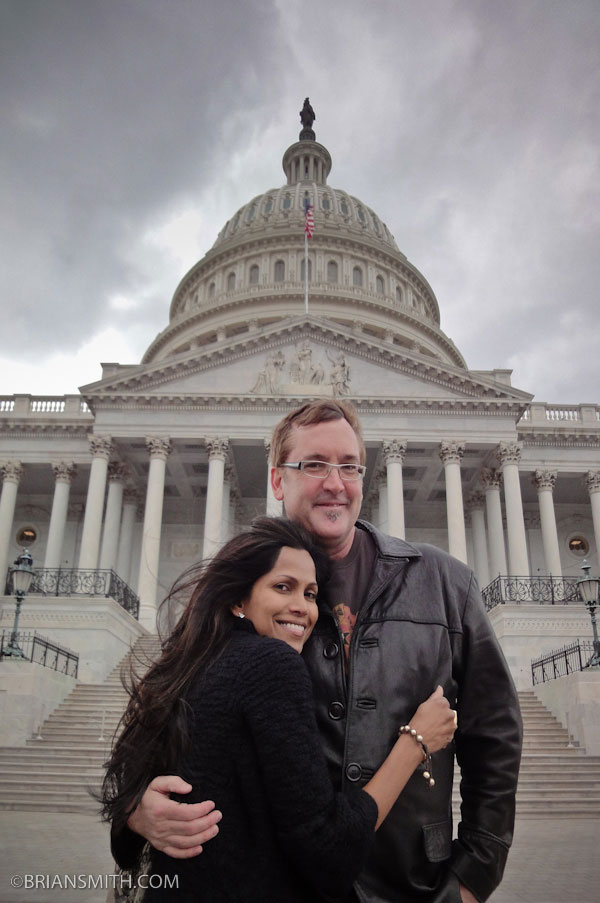 The Creative Coalition will host an exclusive one-night-only sneak preview of my portraits of performing artists from the entertainment industry with an exhibit of the ‘Art & Soul’ project in the Great Hall of the Library of Congress on April 29, 2010. ‘Art & Soul’ is the cornerstone of The Creative Coalition’s arts advocacy campaign to focus national attention on the need to secure federal funding and support for the arts.

The portraits of artists including Anne Hathaway, Samuel Jackson, Alyssa Milano, Tony Bennett and Kerry Washington are accompanied by handwritten personal testimonials from each individual, expressing the positive impact art has had on their lives which will appear in a book to be published by Filipacchi Publishing. The exhibition is sponsored by Sony and Hachette Filipacchi Media U.S. and it will showcase 20 photographs from the project printed by Duggal Visual Solutions. 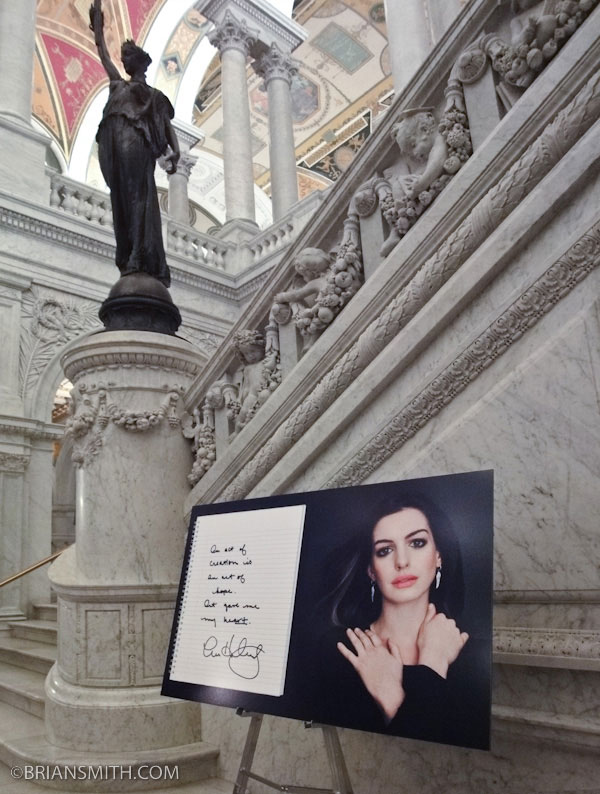 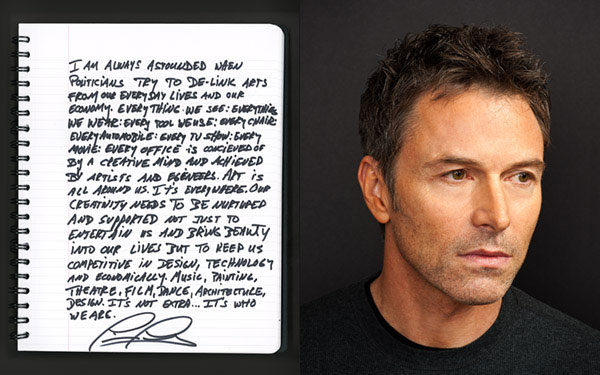 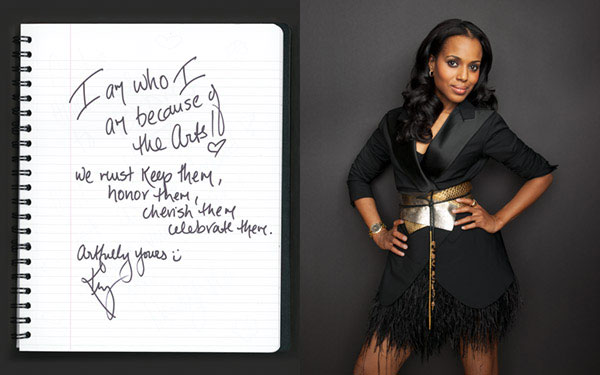 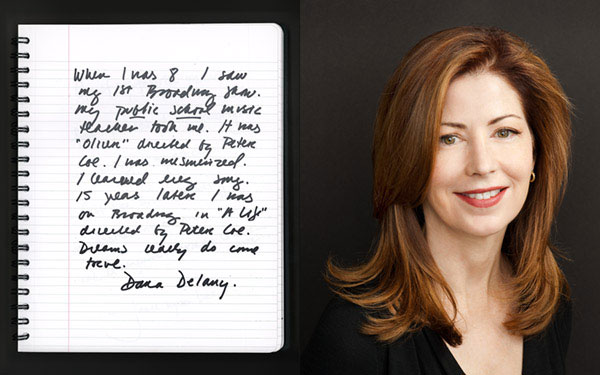