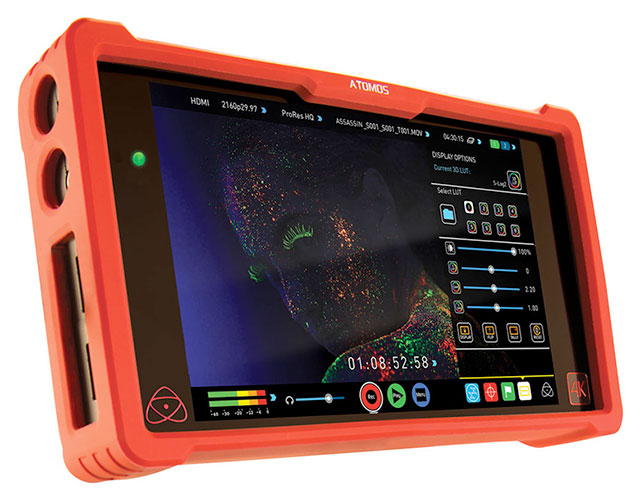 As a monitor, the Ninja Assassin features a 7″ IPS capacitive touchscreen display with resolution of 1920 x 1200. It is Rec. 709 color calibrated and supports multi-frequency operation (48/50/60 Hz) for monitoring of a variety of input frame rates. 4K signals can be internally down-converted and output in 1080p at the same frame rate.

The Ninja Assassin also includes custom 3D LUT support. There are also a variety of onscreen tools to help you set up your shots, including a full waveform monitor, RGB parade display, vectorscope, focus peaking, and other framing, focus, and exposure assisting tools.

Bypass your camera’s internal compression and record UHD 4K (3840 x 2160) video to Apple ProRes over HDMI at 23.98, 24, 25, 29.97, or 30 fps. The 4K-capable HDMI input makes the Ninja Assasin particularly useful for recording 4K at 10-bit from DSLR and Mirrorless cameras that output clean video signals via HDMI.

The 7″ IPS screen features a 1920 x 1200 resolution and provides a wide viewing-angle of 178Â° for easier off-axis monitoring. The screen is calibrated to SMPTE Rec. 709 with 100% gamut and D65 white point, letting you monitor your colors with confidence. A standard Canon C-Log calibration is also available for use with Canon EOS Cinema cameras, so you won’t have to look at flat, washed-out looking images on set.

You can preview looks on set thanks to the ability to load 3D LUTs . Simply load Cube files on an SSD and access via the “Display Options” button on the home screen. 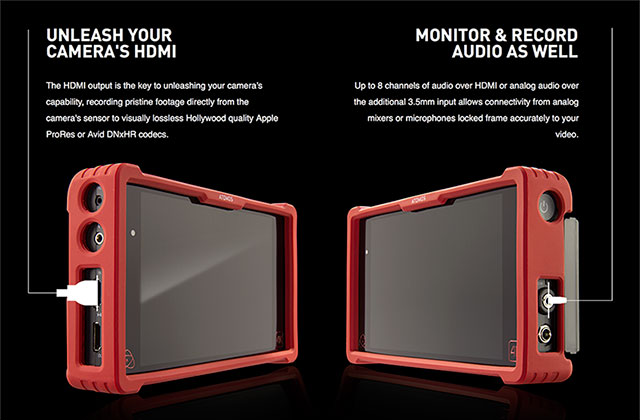 The Ninja Assassin offers a comprehensive set of tools to help you set up, focus, and properly exposure your shots. These tools include a full waveform monitor, RGB parade display, luma overlay, vectorscope with zoom, and a test pattern generator for signal calibration. The monitor also provides focus peaking with multiple levels and colors, false color in two modes, and fully adjustable zebra from 0 to 100%.

You can review what you’ve shot thanks to in-device video playback. The touchscreen interface allows you to navigate clips and provides softkeys to play, pause, rewind, and stop footage. Additionally, the playback will display a preview frame of the selected clip in the file browser.

4K signals can be internally down-converted and output at 1080p resolution in the same frame rate as the input. This enables secondary monitoring on an HD field monitor, or recording a lower resolution proxy copy to a second recording device

Create Final Cut Pro X XML projects in the field so you are ready to edit straight away. Favorite/reject flags in the metadata let you quickly finding and uploading the best shots into FCPX or Adobe Premiere Pro. 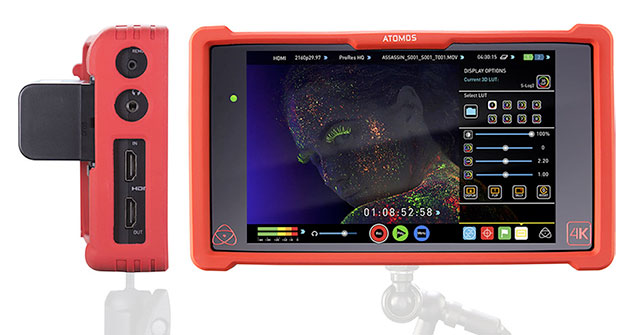