Read the incredibly absurd story behind Amazon’s much ridiculed patent for photography against a white background by Charles Duan, Director of the Patent Reform Project at Public Knowledge on Ars Technica. Duan breaks down the series of errors that led to this much ridiculed decision and he details how bad patents get issued in the first place.

Duan explains “The problem is not with the examiners, but with the law that governs that examination. That law makes it possible to get patents on ideas that any ordinary person would find old, well-known, and obvious.” 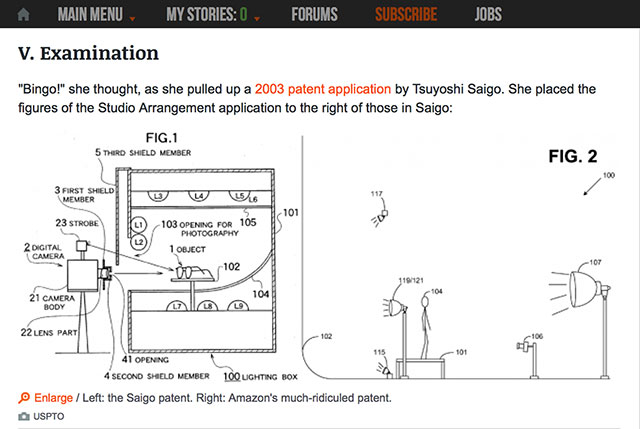 So just how silly is this patent? 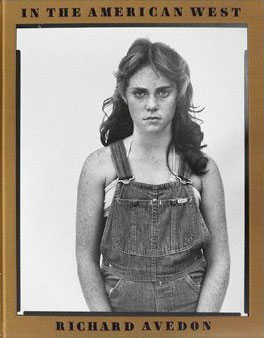 No photographer has ever been more synonymous with photography against a white background than the late, great fashion and portrait photographer Richard Avedon.

Avedon’s classic photography book ‘In the American West’ was produced during Avedon’s travels of the Western United States between 1979 and 1984 and published by Harry N. Abrams in 1985.

Amazon was incorporated Jeff BezosÂ in July 1994 (as Cadabra) and the site went online as Amazon.com in 1995.

Does this make Amazon complicit in patent theft by selling merchandise that violates their own patent???

This is the sort of insanity that could only make sense to those paid to litigate. 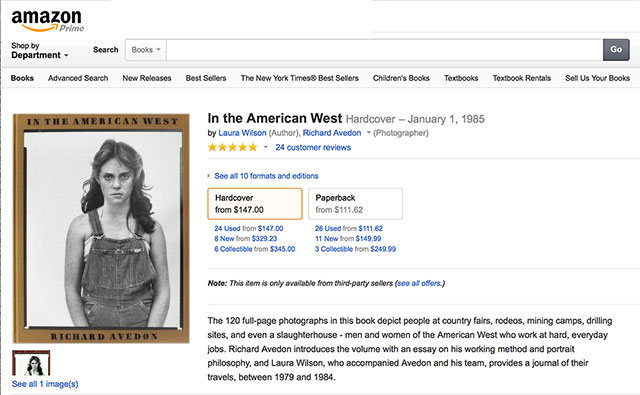 Of course no one breaks it analysis of the absurd better than Stephen Colbert. Listen to his 4-minute rant about Amazon’s patent in which he relentlessly mocks both the Amazon-on-white-patent and patents in general. According to Colbert, patent litigation generated 29.2 billion dollars in lawsuits, legal fees and settlements in 2011 alone. Hmmm…when it comes to patent law, maybe absurd pays…