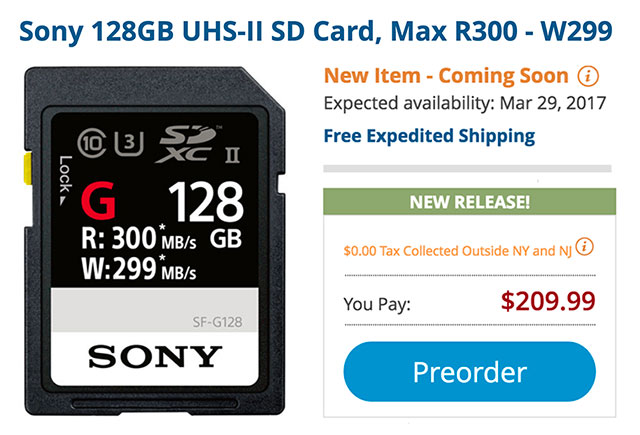 While current Sony cameras don’t support UHS-II, I’m hoping that future Sony cameras are able to take advantage of these speeds for burst shooting, 4K video, and other buffer-busting uses.

These cards are waterproof, shock proof, temperature resistant, and X-Ray proof and if you somehow manage to corrupt some of your images, all three SF-G cards are compatible with Sonyâ€™s file rescue software.

The SF-G cards were announced along with a new MRW-S1 card reader built specifically for the SF-G series that includes a built-in SuperSpeed USB (USB3.1 Gen.1) standard A port card reader that allows you take advantage of the read speed when transferring photos to your computer.

The new Sony SF-G cards will be available starting in March and the MRW-S1 card reader in April.