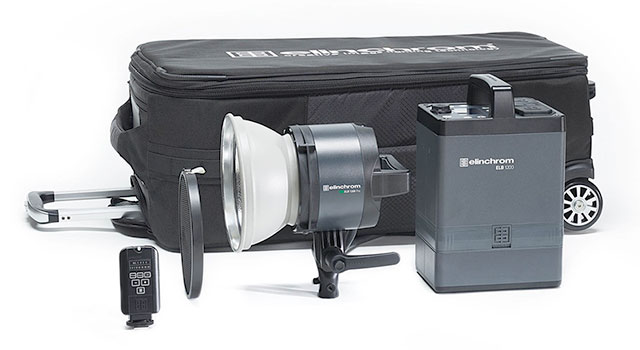 Elinchrom announced their new ELB 1200 portable lighting system for photographers. Building upon their existing ELB 400 system introduced in 2015, the new system features three new flash heads, the Action, Hi-Sync, and Pro, as well as a TSA-approved â€˜Airâ€™ lithium-ion battery capable of powering 215 full-power flashes and 80 minutes of continuous LED use.

In addition to the TSA-approved â€˜Airâ€™ version of the battery, Elinchrom also has an â€˜HDâ€™ version with a higher capacity that can power 400 full-power flashes and 120 minutes of continuous light. The batteries are also capable of powering accessories via a 5v USB outlet, and they can both be switched into a â€˜shipping modeâ€™ for long distance travel. 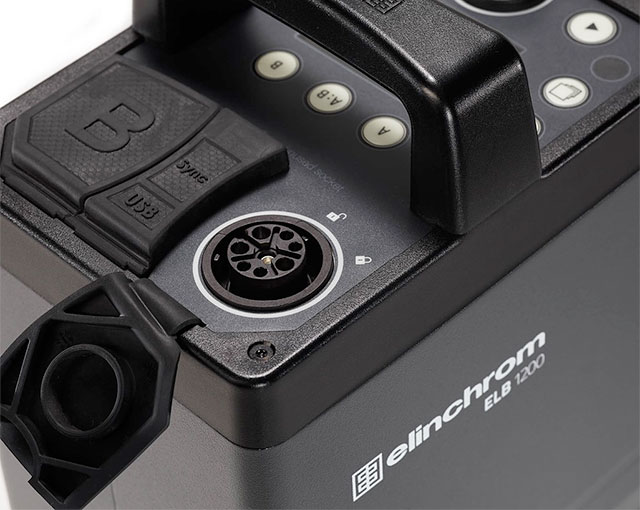 All three flash heads feature a daylight-balanced, dimmable LED CRI 92 lamp, which Elinchrom says is equivalent to a 250w Halogen lamp. The Hi-Sync flash head supports shutter speeds as fast as 1/8000s. The company expects the ELB 1200 to be available in the ‘middle of 2017’ with pricing information being provided at a later date.