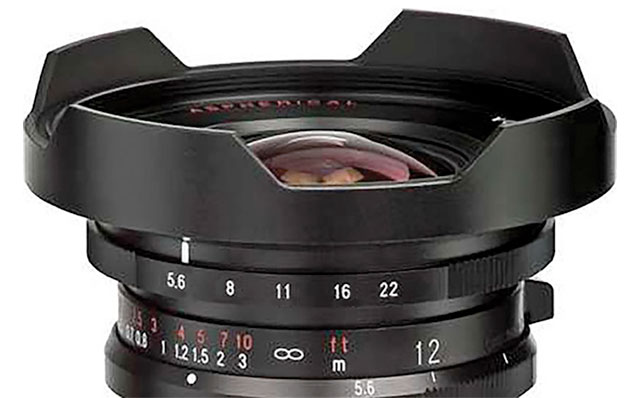 While the 12mm and 15mm lenses are already available with a VM-Mount the 10mm focal length is completely new. As these extreme wide lenses are challenging a fast and smooth communication between lens, camera and photographer, which is extremely important.

If enabled the camera changes automatically in magnifying mode during focusing which allows highest accuracy. All lens-relevant data such as focal length, aperture and focal distance are transmitted to the camera. This data is shown in the view finder/display and used for metering and image stabilization.

The selective aperture control system for full frame is used for the first time in this lensesâ€”a vital feature for film makers as it allows a stepless and silent aperture control.

All new lenses will be available in Spring 2016.