A Book 30 Years in the Making

For the past six months I’ve been hard at work on my second book ‘Secrets of Great Portrait Photography: Photographs of the Famous and Infamous‘ Coming this fall from Peachpit Publishing’s New Riders, the book that’s actually 30+ years in the making. Drawing upon the best lessons I’ve learned over the last three decades photographing portraits of the rich and famous, this book blends lavish celebrity portraits of a coffee table book with technical how-to insights with a side dish of behind-the-scenes celebrity stories. 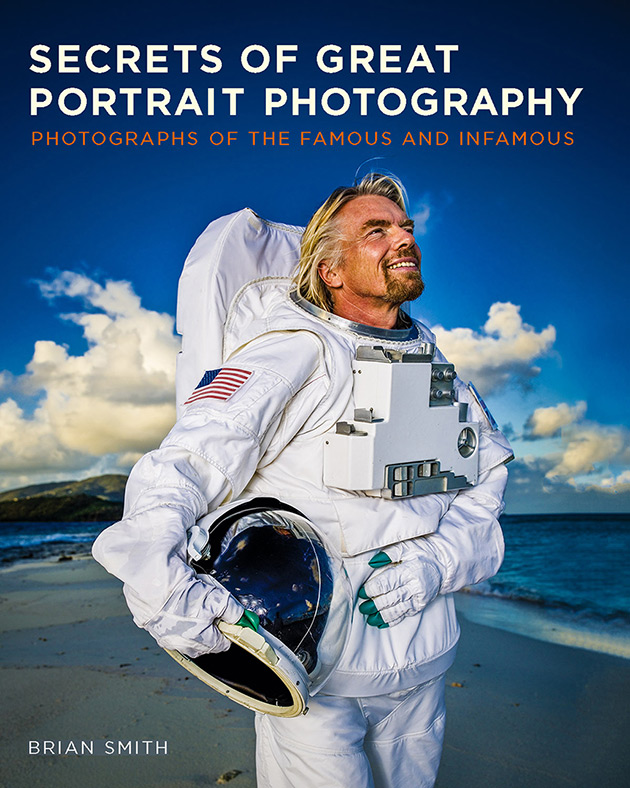 My wonderful…and patient…editor Nikki McDonald has been after me to write this book since attending my talk on the subject at PhotoPlus Expo 2010. My thanks to Nikki for having the patience to wait a year until Art & Soul was finished. The extra year gave me time to deliver a much better book.

I enjoy teach and speaking about photography and Secrets of Great Portrait Photography is the favorite of talk that I do because it goes through the entire process of a portrait shoot, but it’s a challenge to get all the information into a two hour talk. Packed thick with 264 pages loaded with details about my last three decades of portrait photography, this book finally gives me the space to share all the details.

The cover features a portrait from one of my favorite portrait assignments ever – a portrait shoot of Richard Branson on Necker Island in the Caribbean for a Time Magazine story on Virgin Galactic space flights. Secrets of Great Portrait Photography, the book tells the story behind how the shoot came together from planning to production to post.

Secrets of Great Portrait Photography is available for discounted pre-order on Amazon. We’re hoping for a big launch, so please tell your friends and pre-order your copy today! http://amzn.to/greatportraits

Here are the sexy details from my publisher:

Title:Secrets of Great Portrait Photography: Photographs of the Famous and Infamous

Description:
In this sexy, bold, beautiful book, photographer Brian Smith tells the stories behind the photos and lessons learned in 30 years of photographing celebrities and people in all walks of life. A Pulitzer Prize-winning photographer, Smith is the luckiest guy on the planet. He’s told Bill Gates exactly what to do for an entire hour, had an exhibit at the Library of Congress, dined with the President and 3,000 of his closest friends, had cupcakes with Anne Hathaway, and gotten drunk with George Clooney . . . all in the service of getting the perfect portrait.

You might not be shooting the rich and famous yourself, but after reading Smith’s tell-all guide, you’ll know how to make every person who makes their way in front of your camera look and feel like a celebrity.

That was the pitch from Time Magazine deputy photo editor Dietmar Liz-Lepiorz. As pitches go, that was as good of a pitch as I’ve heard. But to be honest, he had me at Branson…

Richard Branson is the type of subject every photographer simply loves. He gets a good concept when he hears one.

So when Time Magazine suggested putting him in a spacesuit for a story about his new Virgin Galactic space flights, he was immediately onboard. While Dietmar and Los Angeles photo editor Martha Bardach were arranging for the suit to be shipped to the Caribbean, we were off to Branson’s private island Necker Island in the British Virgin Islands.

We were up before the sun on the Christmas eve taking a boat out to a little spit of sand in the Caribbean just off Necker Island. Branson donned the spacesuit right as the sun began to break the horizon. There is something very heroic about the dawn’s first light…well at least if you happen to be photographing a guy is a spacesuit… 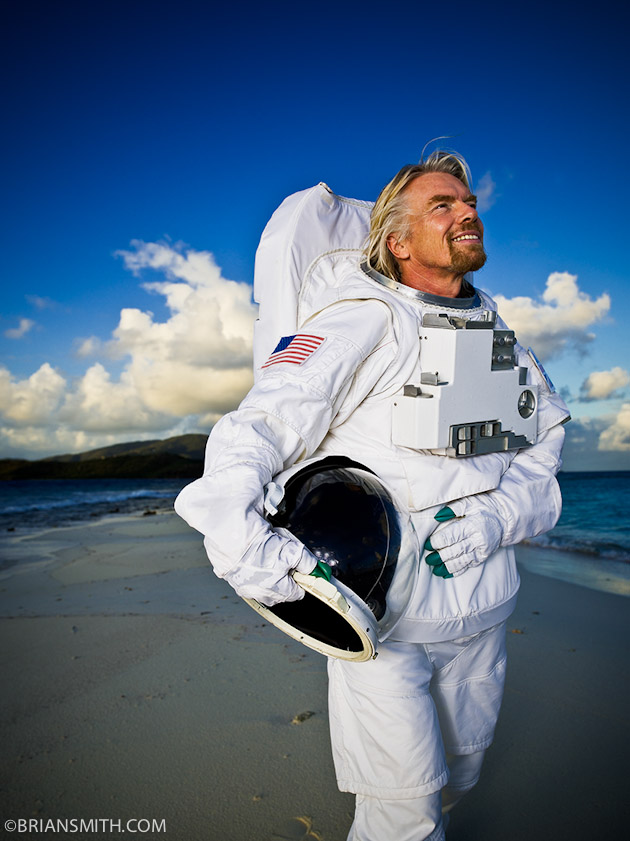