So…Did You Meet the President?

After mentioning that I went to Washington. D.C. with the Creative Coalition to take my book ‘Art & Soul’ to Capitol Hill to lobby for support of the arts, everyone asks the same question, “So…did you meet the President?”

Unfortunately the answer to that is no.

Though it’s true that President Barak Obama received copy number 1 of 1,000 of the book hand-delivered by White House Arts Liaison, Kareem Dale. But for now, that meeting was closest I came to the President himself. So I’ll just have to settle for the bling version: 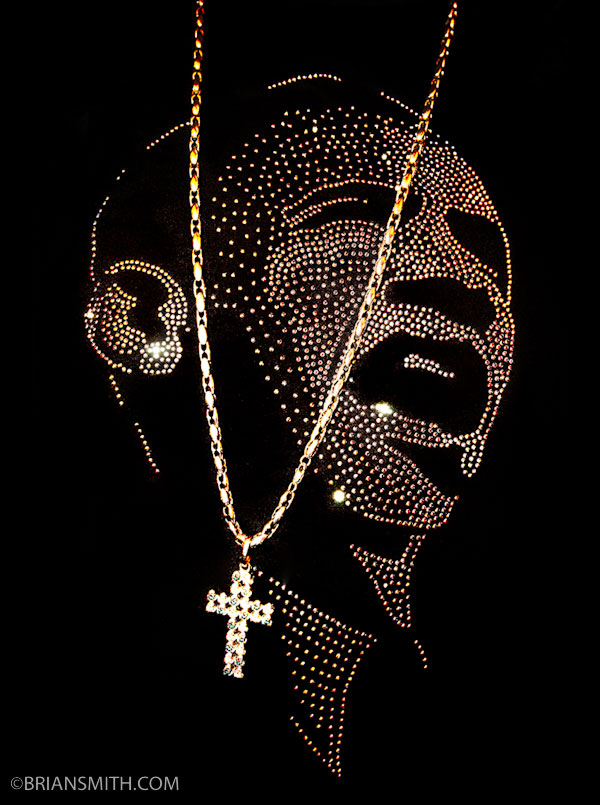 I shot this at the 15th anniversary party for Slip-n-Slide Records. I’d photographed celebrity portraits of Slip-n-Slide CEO Ted Lucas and their recording artists a few years earlier for The Source magazine. So when their big rolled around, they invited me to party with them at the Victor Hotel. I decided to just roll up light with a Sony a900 camera, 24-70/2.8 and HVL-F58AM Flash and as soon as I spotted this Rhinestone Obama on a T-shirt of one of the other guests, I was sure glad I did.