Legendary photojournalist David Burnett just announced that heâ€™s switching over to Sony mirrorless cameras after over 40 years of shooting with Canon gear. Burnett recorded this five minute video about his decision.

Co-founder of Contact Press Images, Burnett is one of the top photojournalists in the world and winner of the prestigious, World Press Photo of the Year, NPPA Magazine Photographer of the Year, Robert Capa Gold Medal, and countless other honors. A long-time contract photographer for Time Magazine, Burnett’s work has appeared in news magazines around the globe for the last five decades.

After trying out the Sony a9 and a6500 over the past eight months, Burnett says â€œIâ€™ve decided to swap all my Canon gear out and go with the Sonys. Itâ€™s the new technology, the cameras have a lot of things going for them that cameras never did before.â€

Burnett’s next stop is the Winter Olympics in Pyeongchang, South Korea where you can expect to see some epic images by Burnett shot on Sony. 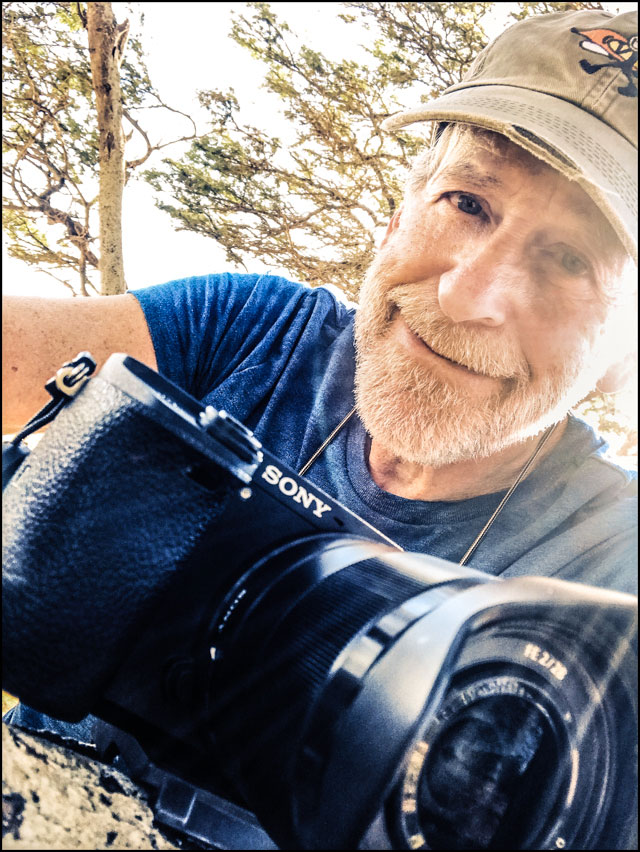 Today it’s my great pleasure to share the work of my good friend, photojournalist and documentary filmmaker PF Bentley, a former TIME Magazine Photographer and Special Correspondent and winner of five first place Picture of the Year awards for his political coverage.

Q: Before we get to what youâ€™re doing today, lets go back a bit. When we first met, you were a staff photographer for Time Magazine covering elections around the globe and photographing world leaders. What was the most challenging and rewarding part of that?

There is no B-Game working for TIME Magazine, as matter of fact there is no A-Game either, everything is an A+ or higher, so the stress level is always a big challenge. From the outside it looks like photojournalists are having a cool time, but when youâ€™re a professional you always have to return with the goods and that changes the playing field. Photographers joke about not having a real job, but when your income depends on whatever you like doing, whether it be golf or tennis or photography itâ€™s no longer a hobby but your business.

It was always rewarding at TIME to be what we called the â€œMonday Morning Heroâ€ with the cover or double page opener to the magazine. On Monday, we took in all the accolades and feasted on them, because by Tuesday your images were torn up on the bottom of the bird cage and you started all over again! I think we all would like to be able to do our craft and not have to worry about money.

Q: How did campaign coverage change over the years?

More control over imagery and the press in general as we have seen brought to a new level with the current administration. After winning the Pictures of the Year in 1984 and 1988 while in the campaign photo pool, I wanted to explore what really happens within the intimate moments of the campaign the public doesnâ€™t see and approached a then unknown Gov. Bill Clinton at the end of 1991 with this crazy idea of letting a member of the media unrestricted behind the scenes access to tell the real story of one candidateâ€™s 1992 campaign.

Q: Were there any moments during the last U.S. Election when you missed being on the campaign trail or were you happy to be out of the fray?

As a journalist, it would have be fascinating to have been behind the scenes on the entire Trump Campaign. What a story it was and it continues to be. 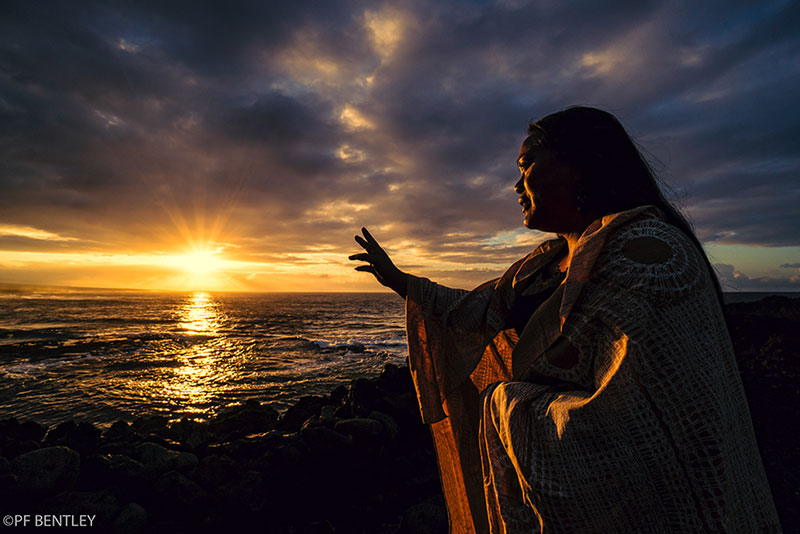 Q: From there you went on to teach at Brooks Institute. What did you enjoy abut teaching and did teaching others bring you any clarity in the way you shoot?

Iâ€™m still in touch with many of my students. I taught advanced courses, and because of this, I was not the easiest teacher because I demanded excellence from my students.

One student called my Real World Photojournalism course a Rite of Passage to prepare then for the real world after college. This is a tough, demanding profession and I prepared the students for their entry into the work world. In addition to the passion & skills needed as a photographer, I taught them how to navigate some other important aspects of photojournalism life such as having a family life as a photojournalist, navigating through airports and transmitting images from different locations – sometimes without cell or internet service. 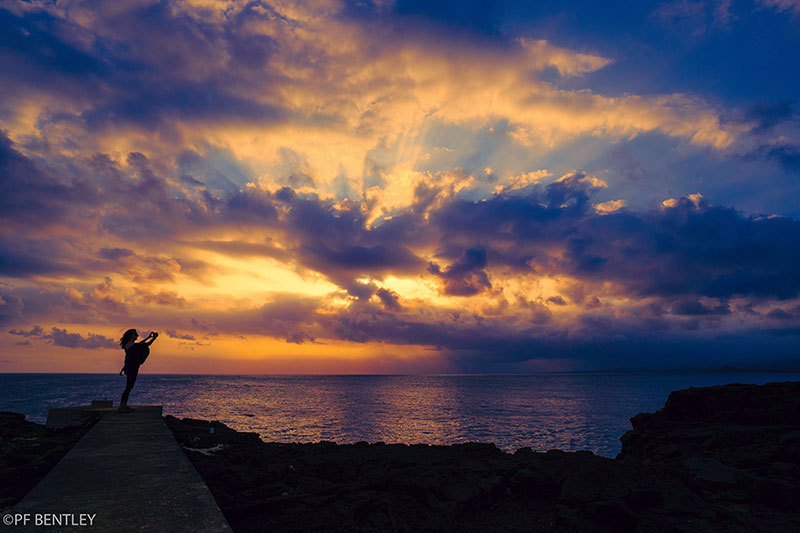 Q: From there you moved to Molokai. Howâ€™s life in paradise?

I grew up in Honolulu and left after graduating from the University of Hawaii with a B.Ed degree for the job opportunities on the Mainland. I lived in San Francisco, then New York, then back to San Francisco, before finally being able to move back to Hawaii in 1997.

I was living in Kailua-Kona on Hawaii Island, and the area grew in population and traffic to a point that it was sort of a mini-Oahu. I moved to Molokai knowing it was the one island in Hawaii that retained its Hawaiian heritage and practiced it every day as a language and way of life. Iâ€™m just 18 minutes by air to Oahu, but a world away. I call Molokai an island that is “Hidden in Plain Sight” – where most people fly over getting to other more commercialized islands. I have a great life here in house on the western side of the island, at a cool 1000 foot elevation looking across the channel to Oahu, 40 miles away.

I donâ€™t think thereâ€™s any perfect paradise and like any place, Molokai has itâ€™s good and bad points. We live by Amazon Prime and I can order something from B&H on Sunday and itâ€™s here by Wednesday, which is pretty good. I do go to B&H every time Iâ€™m in NY however, just to pay homage to camera gear mecca! 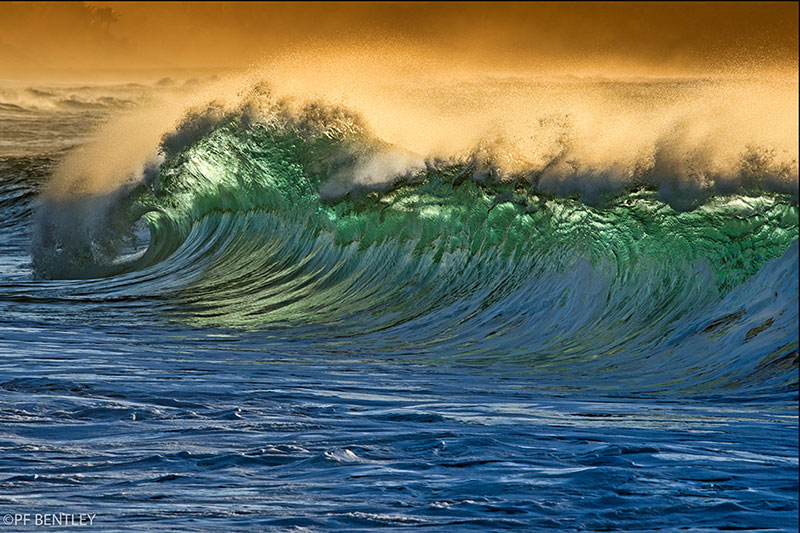 Q: One of your magazine clients these days is Hawaiian Airlines Magazine ‘Hana Hou!â€™. What do you enjoy about shooting for ‘Hana Hou’ and how a6300 has performed on assignment?

Hana Hou! is one of the best airline publications in the world giving generous space to photographs and stories. Itâ€™s been called the National Geographic of the Pacific and continues to win awards for itâ€™s photography and design every year.

The A6300 has the feel and size of my beloved Leica M series cameras that I shot most of my behind the scenes political work with. Small, compact and quiet, I wish I had these when I worked many years ago. The Silent Mode is really silent! Not a sound. Amazing.

When I first got the A6300, Hana Hou! Photo Editor Matt Mallams tested out the APS-C sensor files and they worked fine for a double page or cover in resolution. Even though smaller than a full frame, at 100% itâ€™s hard to tell the difference with a full frame and the resolution is still beyond film. Going up over 100% you can see where full frame has less noise and cleaner. 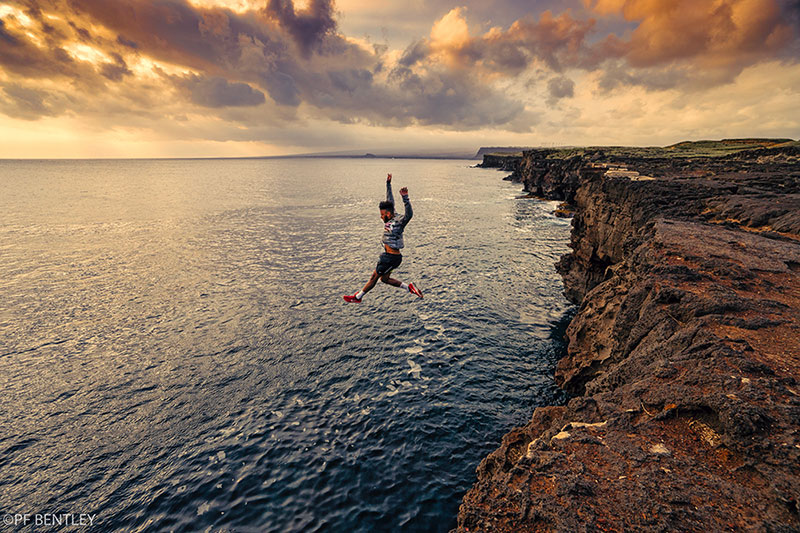 Q: You do a mix of motion and still photography and you were already shooting video with Sony FS-7 before adding a6300 to your bag. As a traveling photographer how important is it to be able to share one set of lenses between stills and video?

It was VERY important because of amount of gear and weight. Its makes life so much easier and more compact. Plus as you get older, gear gets heavier for some reason!

Q: Youâ€™re shooting directly into the sun in many of these shots while holding detail in the foreground, how important Is wide dynamic range to the way you shoot?

Itâ€™s super important out here in Hawaii! We have some very contrasty but visually exciting conditions at dawn and dusk and as I said the dynamic range of the files is unreal, especially the Uncompressed RAW. 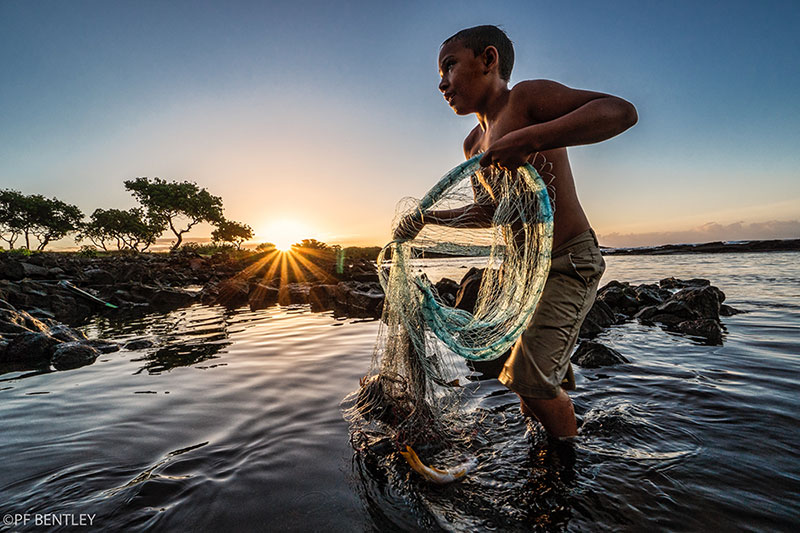 Q: You recently tried out Sony a7RII on a shoot, is that an addition you might be making to your kit?

Sony Pro was kind enough to loan me a A7R2 body for a recent Hana Hou! shoot at the Suisan Fish Market in Hilo. I shot Uncompressed 14-bit RAW for the first time in very harsh low lighting conditions and was totally amazed at the files. Yes, the files are bigger and the camera buffer is less, butâ€¦.wow, so much detail and much less noise in the shadows. Well worth the trade off. You can pull what appear to be blown out highlights back and get much more from the dark area of the image in Photoshop. Plus it was my first time shooting 42MP which the clarity blew me away. Definitely a full frame for me in the future – itâ€™s a great combo to the A6300. 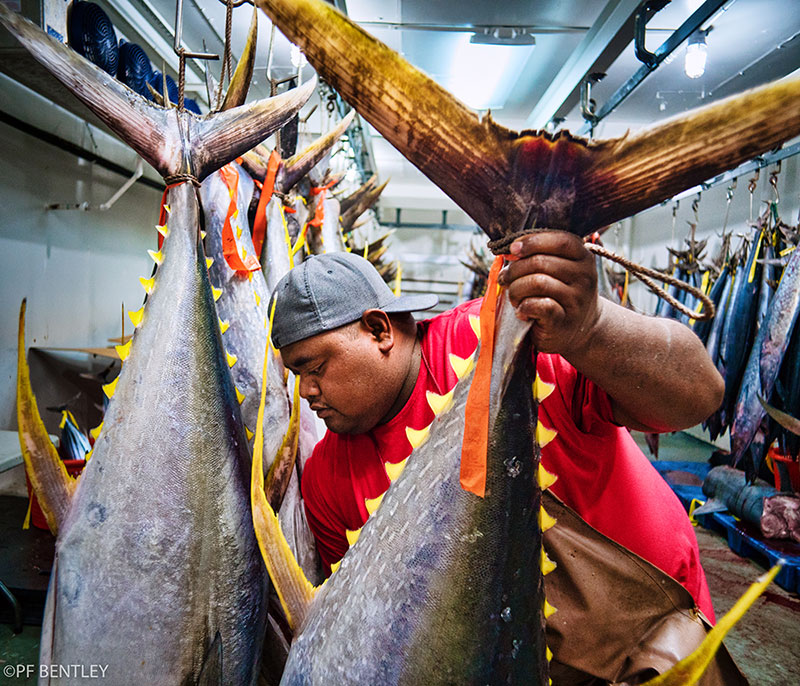 Q: Keep shooting pictures of paradise and making the rest of us jealous, my friend! 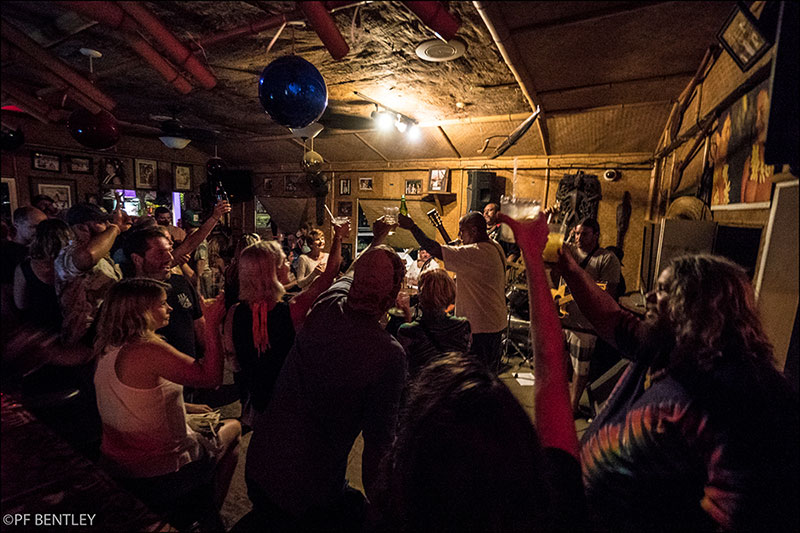 I use Think Tank/MindShift rollers, backpacks and sling bags. I canâ€™t get off the island without flying in a smaller ATR aircraft and use the wonderful Think Tank Advantage Roller which is made to fit into the smaller ATR overhead bins. Then once on location, I use the Think Tank Streetwalker V2.0 and Think Tank TurnStyle 5, 10 and 20 sling bags depending on the terrain and what gear is needed. Iâ€™ve been really loving the new PhotoCross 10 sling bag from MindShift – it’s sort of the TurnStyle on steroids for heavy-duty outdoor use. 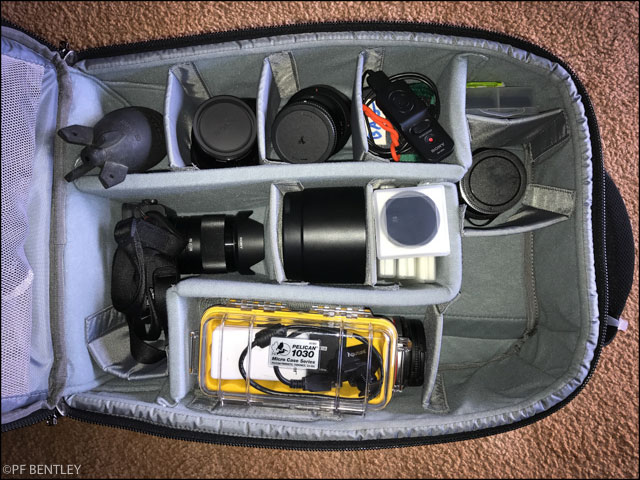 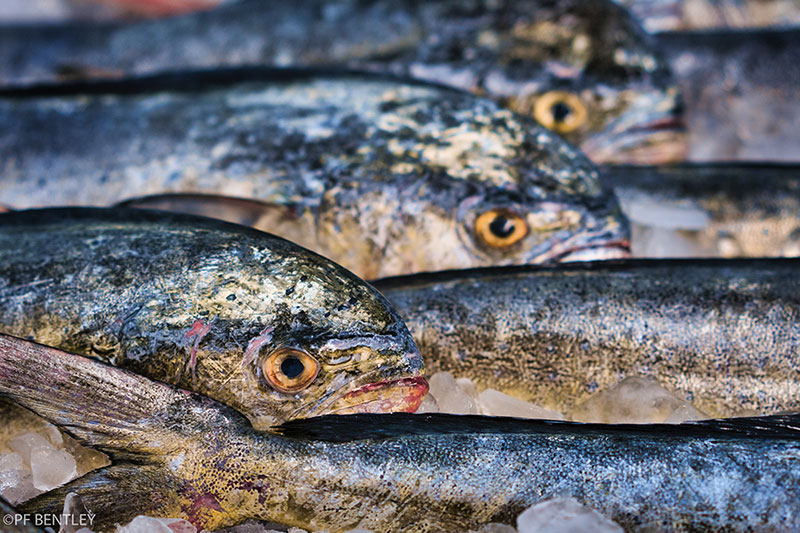 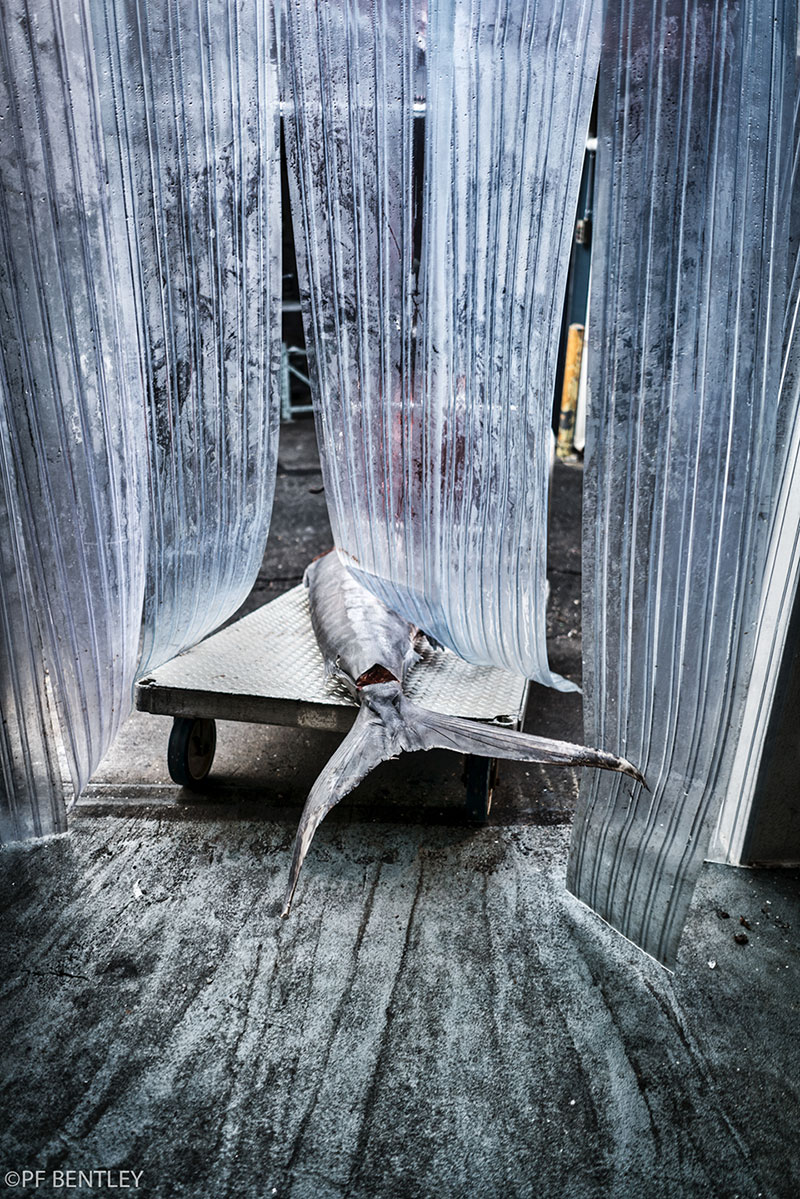 If you missed PhotoPlus Expo 2013, here’s your chance to watch my talk about shooting with the new Sony A7R in Haiti and what makes these cameras a great tool for photojournalists.

You can watch all of this year’s PhotoPlus Expo talks from the Sony Artisans at sony.com/photoplus