Here’s a look back to the first glimpse of his basketball greatness when an un-heralded North Carolina freshman hit the game-winning shot in the 1982 NCAA National Championship game knocking off Patrick Ewing and the Georgetown Hoyas.

Carolina coach Dean Smith had won his first championship. For Jordan it was the first of his seven titles.

Back when he was still Hair Jordan, in many ways it marked the day MJ was born. 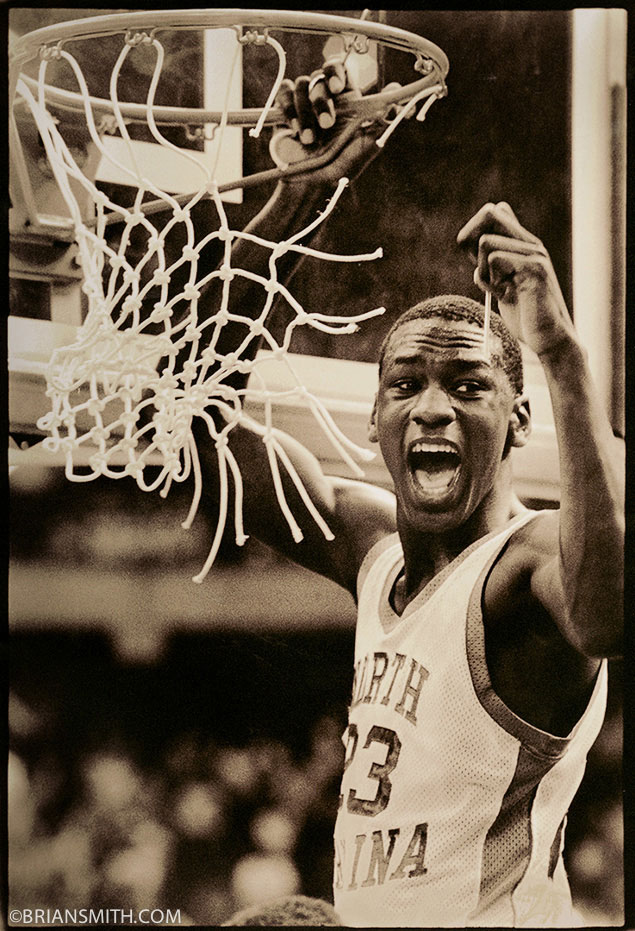 I was right out of college, covering the NCAA Final Four as a photographer for the New Orleans Times-Picayune. It was also the first of many championships I covered as a sports photographer.

I knew Dwyane Wade grew up as a huge Jordan fan so on one of our shoots I gave him a print of this photograph. I marked the print with the date it was taken: MARCH 29, 1982

Dwyane smiled when he saw the date.

He just was two months old…