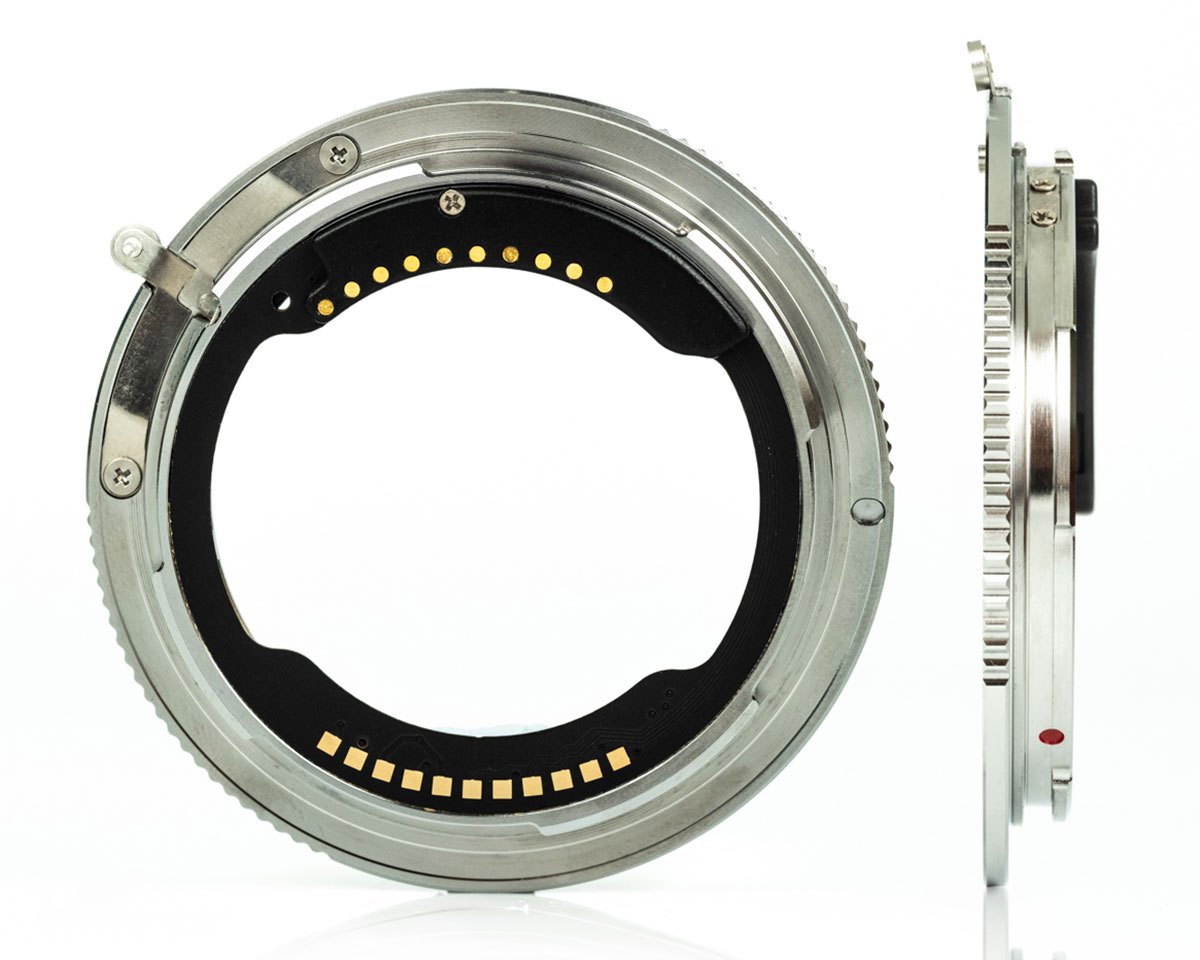 This announcement signals a shift in the industry acknowledging the respect Sony FE lenses have garnered. The adapter is possible because Nikon Z cameras have a focal flange distance 2mm thinner than Sony E-mount. 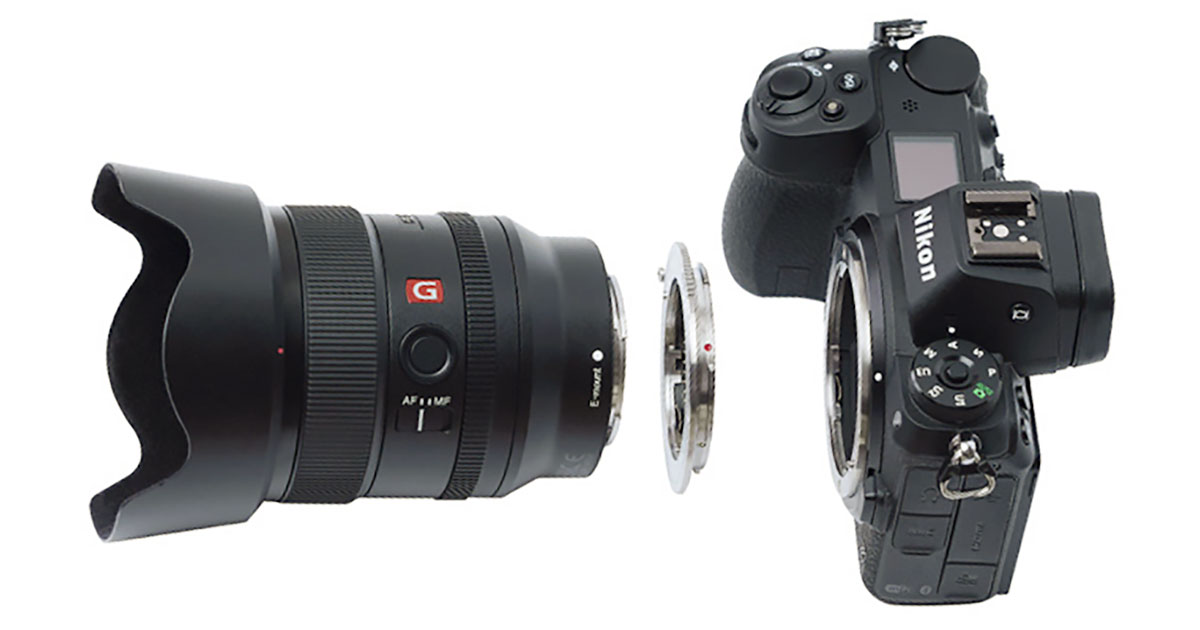 The flange distance of Nikon Z-mount is only 2mm shorter than Sony E-mount. This makes the design extremely difficult, let alone an electronic adapter where a chip and the connector pins have to be squeezed into. Techart has managed to pull it off and develop one which include connectors of both sides and a PCB board with chip to “translate” the protocol of the lens and the camera.

The Techart adapter enables both Auto Focus & Auto Aperture functions of Sony E mount lenses to be used on Nikon Z6 and Z7. AF-S, AF-C & MF mode are supported in both still & video shooting. The incredible Face & Eye Detection of Z-mount cameras can also be used. Other functions like lens vibration reduction and timelapse can also be used. Phase-detect Autofocus is adopted to guarantee both AF accuracy and speed to be very close to (if not better) native Z-mount lenses. Please note that functionality may vary when different E-mount lenses are used.

Nikon Z system is a relatively new system and users do not have a very complete lenses selection. Unlike the system of Sony, most lenses manufacturers have been releasing lenses in E-mount and so the selection is complete. The new Techart adapter currently supports most of the Sony, Sigma, Tamron & Zeiss AF lenses with Sony E mounts including some of the best sellers like Tamron 28-75mm, Batis 25mm f/2, Sony 24mm f/1.4 GM and Sigma 35mm f/1.4, etc.

The new Techart TZE-01 adapter comes with a lens dock for firmware upgrade. Simply connect the PC/MAC via a Micro USB cable (not included) and the firmware can be updated via the Techart App. Techart is currently working to support more lenses.

Techart Sony E to Nikon Z Autofocus Adapter is currently available for pre-order at the Techart website. The recommended retail price before tax is $249 USD. Free shipping will be provided during the promotion period. Delivery will start from late June. 1-year warranty is included. 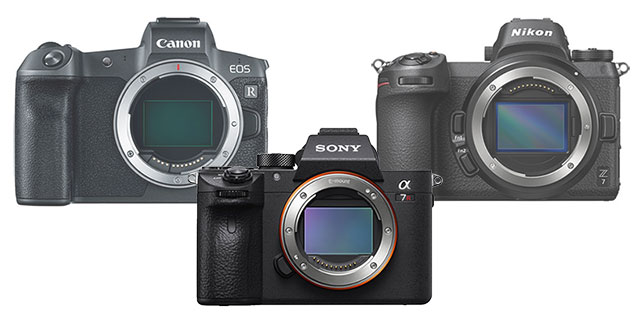 And then there were three…

The great news for Sony shooters is now that Canon and Nikon have officially embraced fullframe mirrorless as the future – the competition is on.

Both Canon and Nikon will release a 35mm F1.8, which hits the sweet spot many Sony users have requested. The exceptional FE 85mm F1.8 is the biggest bargain of the Sony lens line-up. Can we please get a FE 35mm F1.8?

Love this and really hope it appears in future Sony Cameras! Now that Sony dumped their camera apps – just build the Intervalometer into the camera and be done with it!

Adding 1:1 and 4:3 Aspect Ratios to Sony a7 Series has long been near the top of my Wish List – hope this is another nudge in that direction.

This is really cool. Sony could use an LA-EA3 with a drop-in filter holder.

Eye AF is a godsend if you shoot people. Nikon Z doesn’t have it. EOS R has limited Eye AF but with AF-S which is not nearly as useful as AF-C Eye AF.

Canon EOS R and Nikon Z batteries seem to be clones of the much-maligned Sony W battery used in a7 Series Mark I & II cameras – rather than the much improved Sony NP-FZ100 Lithium-Ion Battery used in a9 and a7 Mark III cameras.

Sony a7 Mark III have a MUCH larger buffer than Nikon Z (not sure yet about Canon EOS R.)

No IBIS on Canon EOS R

One of the best things Sony did was to open E-mount to third-parties. Nikon Z and Canon EOS R are not open which means all third-party lenses and adapter will have to be reverse-engineered.

Canon & Nikon spotted Sony a five year head start during which Sony has built an impressive line-up of 30 lenses. Canon & Nikon have a LOT of catching up to do. Don’t expect Sony to let off the gas…

No compatibility with EOS-M or Nikon 1 lenses

While Canon EOS R offers EF/EF-S lenses adapters with and Nikon Z has adapter providing AF with certain F-mount lenses – both slammed the door on their previous mirrorless lens lines.

What Do You Like/Hate?

I want to hear from you. Leave your likes and dislikes in the comments…

Tony and Chelsea Northrup review the Nikon Z7. In a nutshell they conclude “it’s NOT a mirrorless D850.”
If you’re considering Nikon Z6/Z7 this video is a MUST WATCH!