I just got sad news that Herman Leonard, the Greatest Jazz Photographer who ever lived, has passed away. Even if you don’t know the name, you know the photographs. Herman captured iconic photographs of the Legends of Jazz better than anyone. I know all his friends up above are playing a great jam session for him tonight. Check out tonight’s ABC World News Tonight for a tribute to a legend I can proudly call my friend… 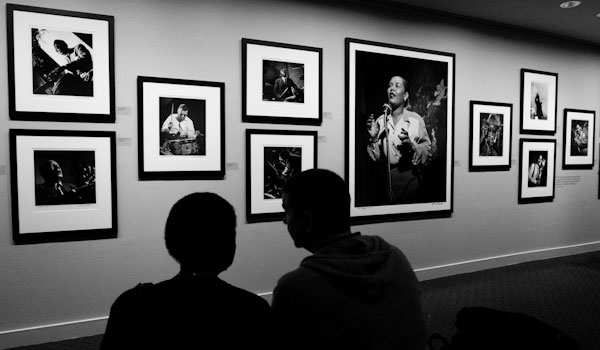 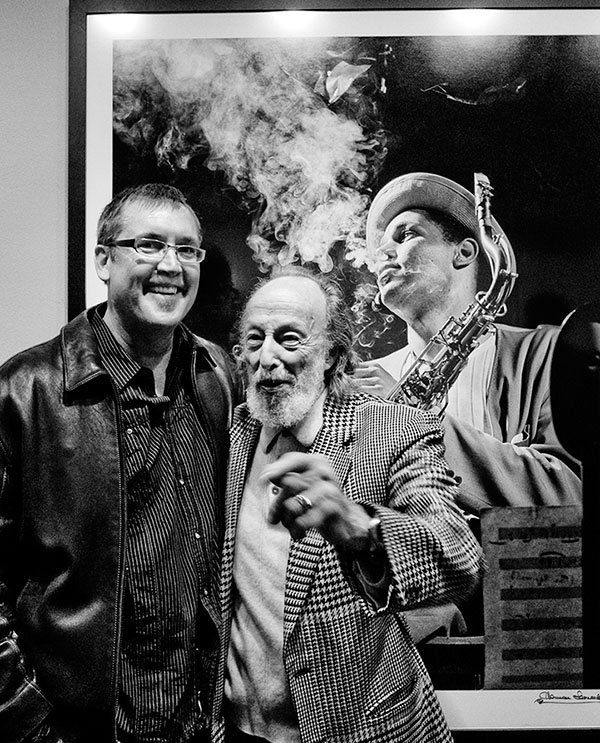 ‘Legends of Jazz Photography’ at Fahey/Klein Gallery in LA

Catch Legendary Jazz Photographer Herman Leonard this Thursday, April 1, 2010 from 7-9pm at the Opening reception for “Legends of Jazz Photography” at Fahey/Klein Gallery in Los Angeles. The show features the work of Herman Leonard, William Claxton and William Gottlieb. All are welcome to attend. It’s a great chance not only to see great jazz photographs but to also meet a true Jazz Legend…The exhibit runs from April 1 – May 15, 2010.

Got the chance to catch the Private Gallery Opening tonight for legendary jazz photographer Herman Leonard’s Exhibit at Jazz at Lincoln Center. I’ve been looking forward to this show ever since I ran into Herman at Irving Penn’s “The Small Trades” exhibit at the Getty Museum in Los Angeles.

Two of my favorite images from the show were Leonard’s photographs of Miles Davis an Frank Sinatra that were among the prints that were damaged when Leonard’s New Orleans home was flooded in the aftermath of Hurricane Katrina – proving that out of tragedy sometimes comes beauty.

Fortunately for history, none of Leonard’s negatives were lost in the flood as they were safely stored in a different location. Don’t miss this show by a true Legend. Leonard’s work is the finest photography of the Jazz age.