In honor of the United States Marine Corps Birthday (Nov. 10) and Veterans Day (Nov. 11), my pal Matthew Modine’s FULL METAL JACKET DIARY is 66% OFF FOR THREE DAYS ONLY FOR JUST $4.99 (or equivalent in other countries) until Tuesday, Nov. 13!

“I am very proud of the military service of my family members. I know how important it is to truly support our nation’s sons and daughters when they are asked to serve our country. This is why I have been a long-time supporter of the Wounded Warrior Project, a nonprofit organization that honors, empowers, and assists our injured service members. This Veterans Day, please thank them for their service by making a donation at woundedwarriorproject.org.” — Matthew Modine

The first time I photographed Matthew I learned that he’s quite passionate about photography. For his role as Private Joker, Modine showed up on the set of Stanley Kubrick’s 1987 Vietnam War masterpiece Full Metal Jacket armed with his weapon, his gun and his Rollei.

Full Metal Jacket Diary app is Modine’s behind-the-scenes account of the making of the motion picture, beautifully illustrated his photographs. It’s a wonderfully revealing look inside the movie making process. If you’ve ever been curious about how movies are made, or what it was like to work with Stanley Kubrick, Matthew’s book lifts the curtains and takes you inside. 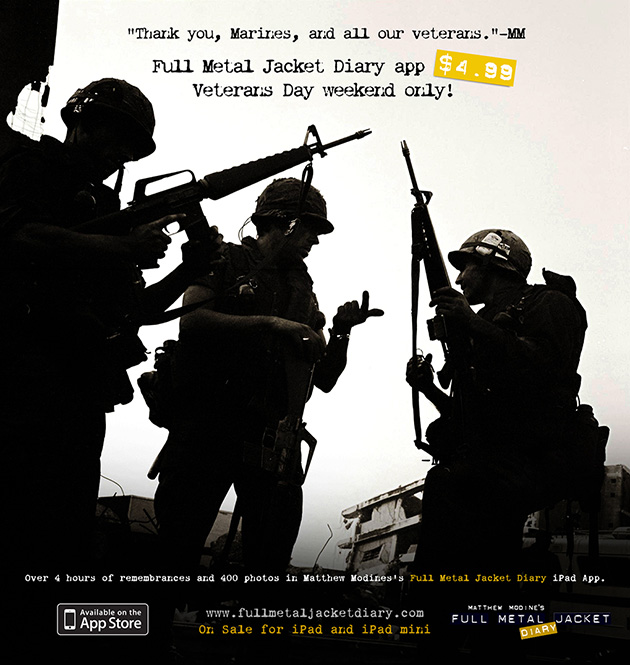 Matthew Modine Walks in Your Shoes

I ran into Matthew Modine at the Tribeca Film Festival premiere of Barry Levinson’s documentary PoliWood. After the screening, Matthew took the stage with several of his follow actors and director Barry Levinson to speak about the film. I loved Matthews’ response to a question about why Hollywood was…so…liberal.

I loved Matthew’s response. As he sees it, actors spend most of their lives preparing for a role – slipping in and out of different characters in all walks of life. When you’re constantly walking in the shoes of another person, you can’t help but have empathy for your fellow man.

Matthew’s words rang true. In fact the words he spoke hit very close to home. As a magazine photographer, I’m constantly dropping into the lives of the people I photograph. I’d have to say that the best part of my job is that one day it could be a conservative billionaire, the next day a rapper. This has given me an opportunity to meet people from every sector of society – even if it’s a just a brief glimpse. I’ve witnessed the best and the worst of humanity and come to realize that on my worst days, I’m luckier than most. 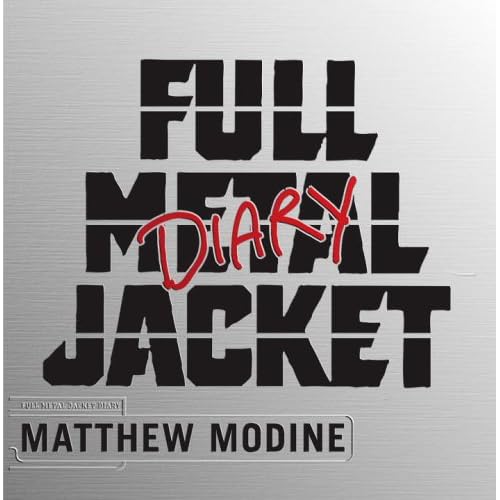 One thing that I learned the first time I met Matthew is that he’s quite a good photographer himself. Matthew showed up on the set of Stanley Kubrick’s 1987 Vietnam War masterpiece Full Metal Jacket, in which he starred as Private Joker, armed with his weapon, his gun and his Rollei. You can read Matthew’s behind-the-scenes account of the making of the motion picture and see his photographs in his book Full Metal Jacket Diary. It’s a wonderfully revealing look inside the movie making process. If you’ve ever been curious about how movies are made, or what it was like to work with Stanley Kubrick, Matthew’s book lifts the curtains and takes you inside.

I shot this photo of Matthew a few years ago as he was preparing for a role in Arthur Miller’s final play Finishing the Picture which Miller wrote as a thinly-veiled autobiographical examination of the time Miller and his then-wife Marilyn Monroe spent shooting The Misfits. For this shoot, we went old-school, shooting with a 1950s Graflex Super D camera and Polaroid positive/negative film. 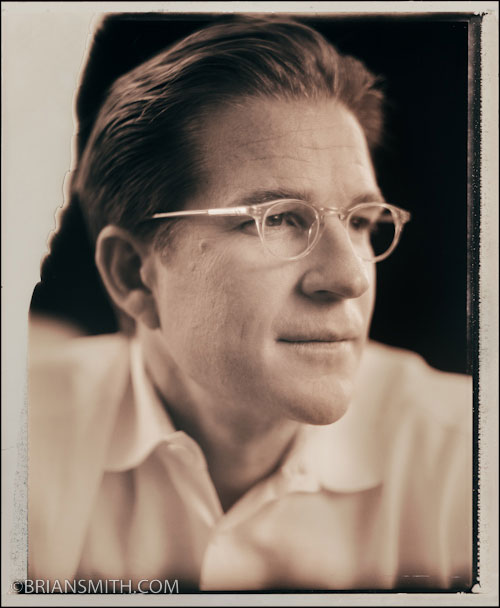 We shot this while Matthew was filming Transporter 2 across the street from me. Matthew and Amber Valletta were my movie “neighbors” in the film. If you watch closely, you can catch a glimpse of our house in the background of the driveway kidnapping scene…