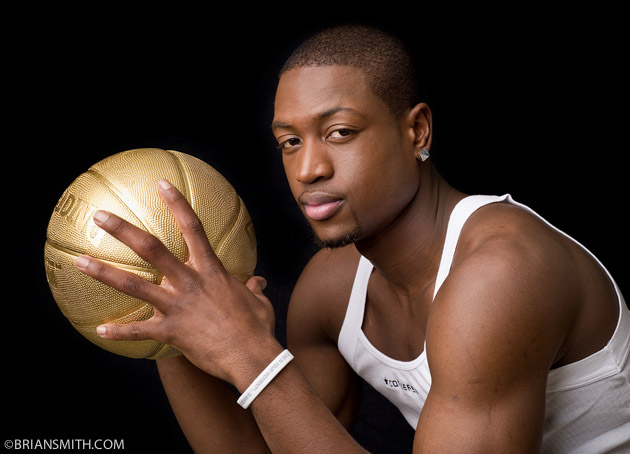 I’m often asked what I say to bring out the expression I want when photographing a portrait. The truth is there is no magic phrase – but there is a method.

One of the keys to portrait photography is knowing how put your subject in the right frame of mind to get the expression you want. Rather than telling someone to “smile” or “look confident”, you plant the thought in their mind.

On the eve of the 2006 NBA finals the NBA helped pull together a shoot of Miami Heat All-Star guard Dwyane Wade, who at the time was sick as a dog with a 103 degree fever.

Wade’s confidence overtook his fever when I handed him a gold-painted basketball and told him to picture it as the gold ball at the top of the NBA championship trophy.

Two weeks later, Wade was hoisting a NBA championship trophy with the gold basketball on top. Any correlation between these two events? I like to think so…

Read this and the stories behind many other celebrity portraits by in Secrets of Great Portrait Photography.