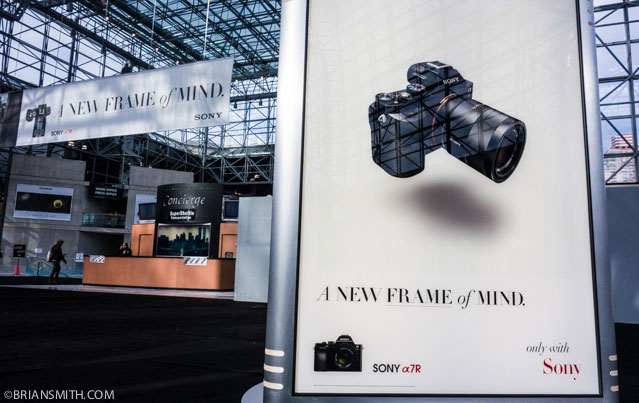 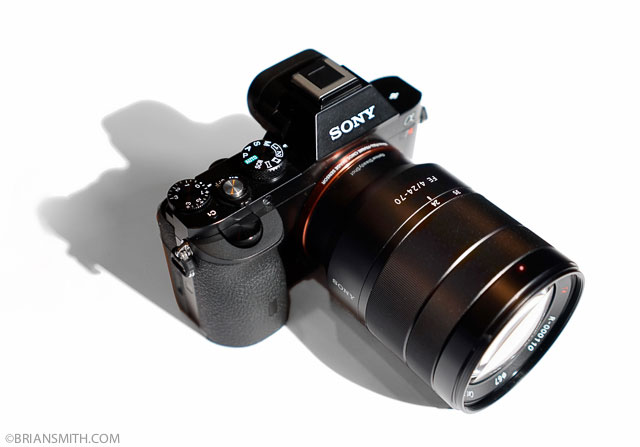 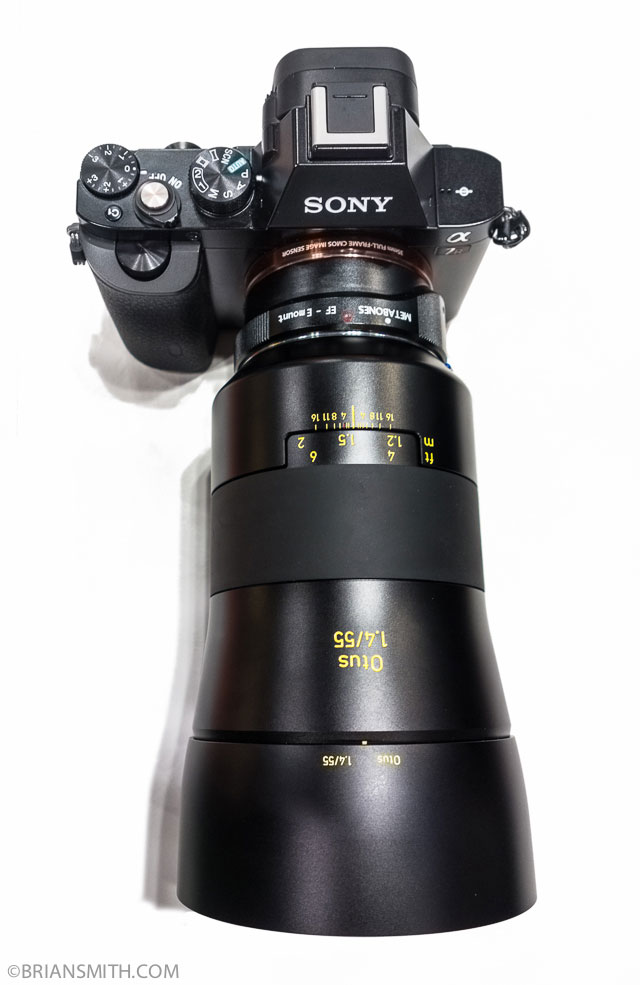 But for those who won’t accept anything but the best, here’s a Sony A7R tricked out with the $4,000 Zeiss 55mm/F1.4 Otus lens with Zeiss T* anti-reflective lens coating. This lens is optimized for full-frame sensors using a floating element design for consistent image quality, minimal aberration and field distortion throughout the focus range.

Zeiss calls this is the sharpest lens they have ever produced. It’s their first normal lens to utilize Distagon lens design to eliminate chromatic aberrations. Coupled with Sony A7R’s 36.4 mp sensor with no low-pass anti-aliasing filter to blur out fine detail, these combine as a perfect pair.

In the spirit of the Sony-Zeiss partnership, Zeiss West Coast Rep Sandra Gold could be found working the Sony Booth at PhotoPlus with a Sony A7R tricked out with Zeiss’ 55mm/F1.4 Otus. 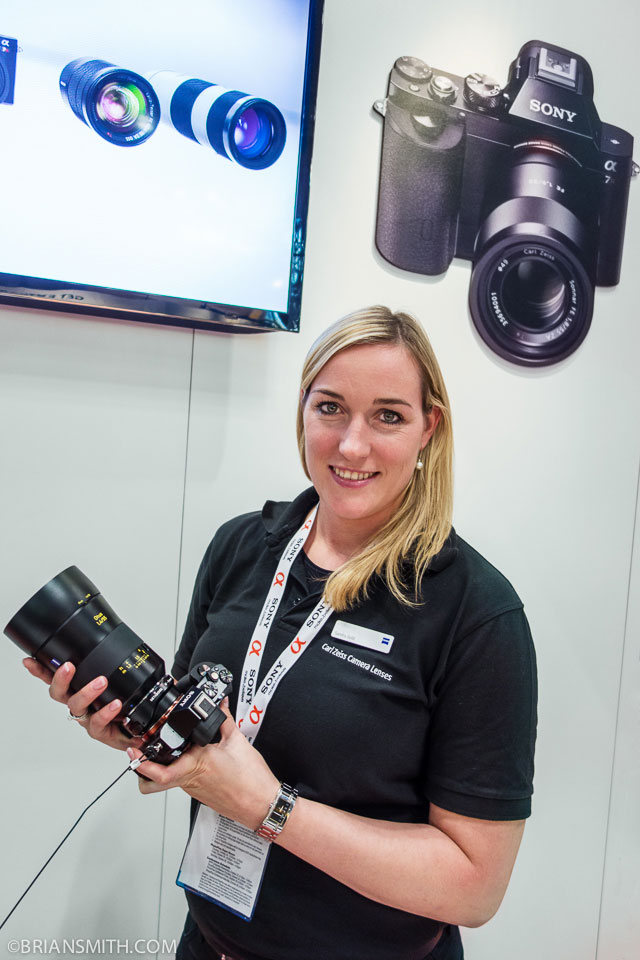 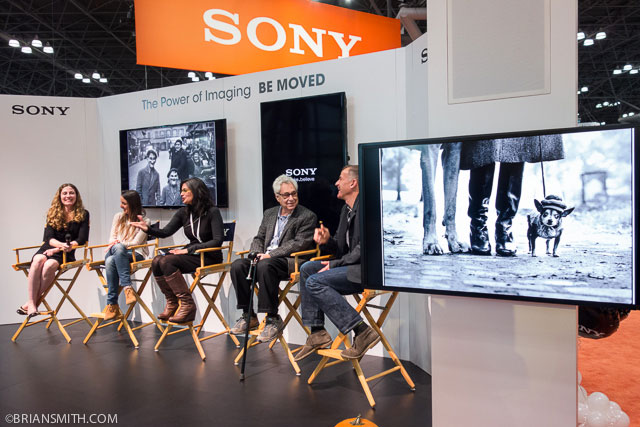 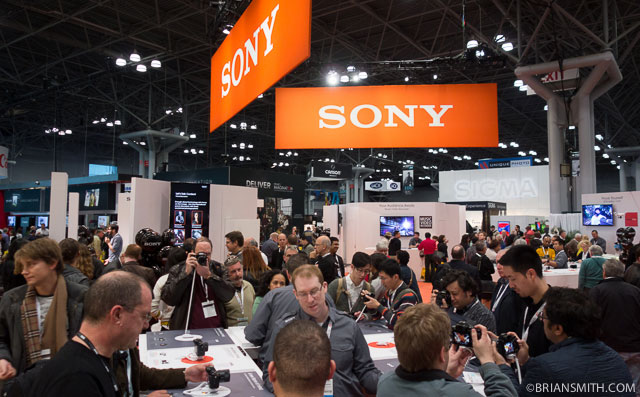 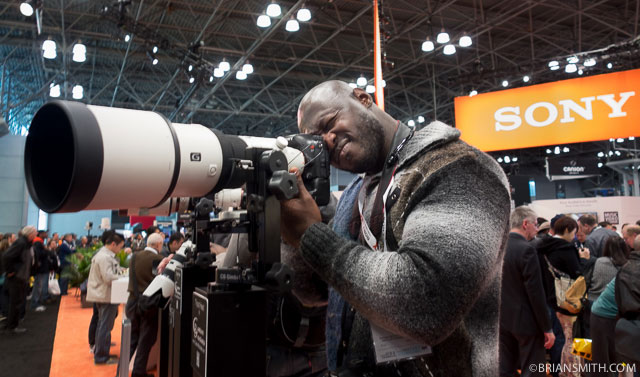 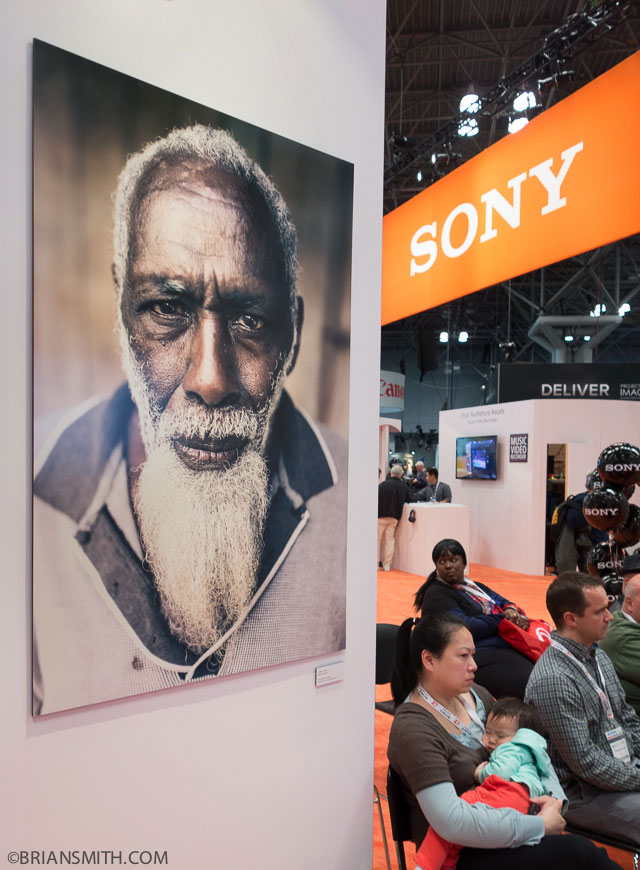 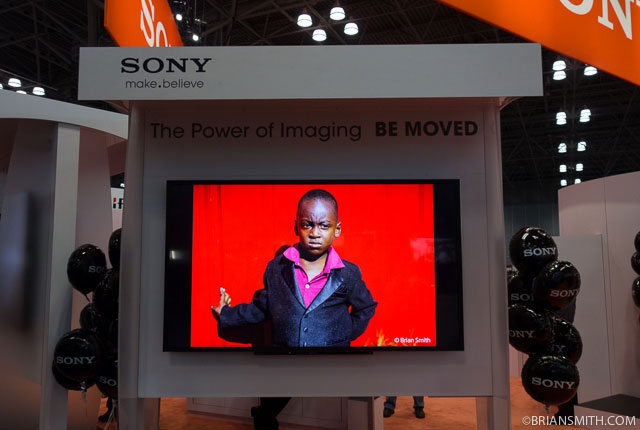 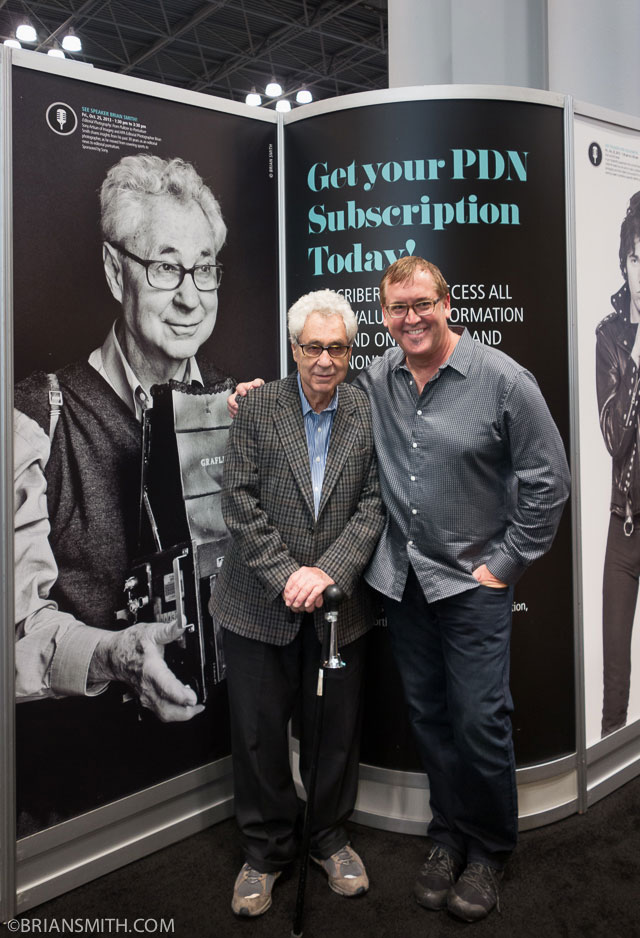 Elliott Erwitt and me at PhotoPlus Expo beside my photo of the photography legend himself.

You can watch all of Sony’s talks from PhotoPlus Expo at sony.com/photoplus