Shooting Serena and Sharapova at the Sony Open 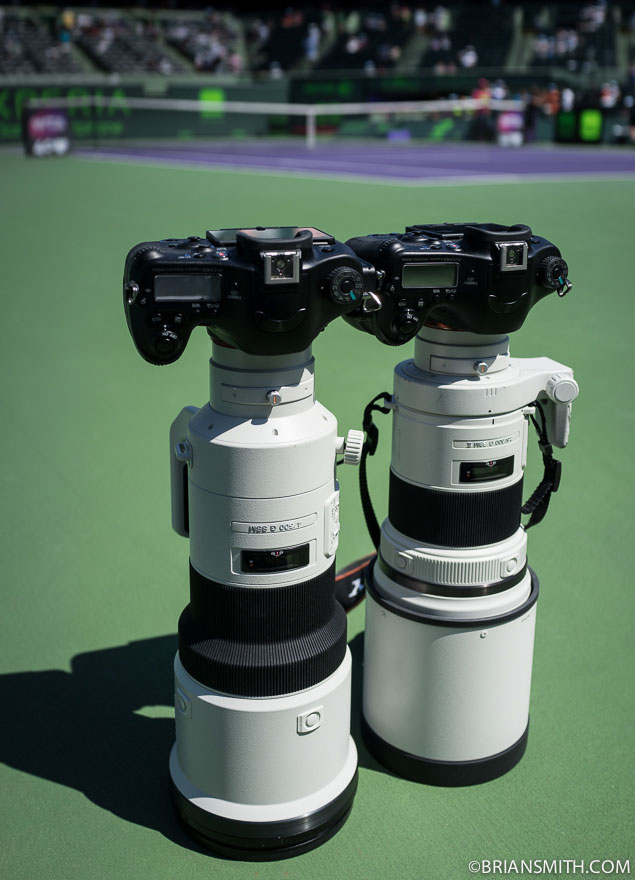 Last week, I dropped by the Sony Open to photograph some tennis, catch up with a couple old friends and try out two of Sony’s new telephoto lenses: the Sony 500mm/F4 G and Sony 300mm/F2.8 G II. Since these two lenses together retail for a bit north of twenty grand, BIG thanks to Sony’s Kenta Honjo for lending me the lenses so I could put them through their paces.

I started out as a sports photographer before moving onto portrait photography, so it was fun to get back out on the court and photograph Serena Williams and Maria Sharapova who I’ve photographed since each were teenagers. It was also a lot of fun to try out this new Sony glass with my Sony a99.

Sony 500mm/F4 G is Sony’s new flagship telephoto tipping the scales a relatively light 7.63 lbs and a not so light $13,000. Like all Sony ‘G’ glass the lens is completely hand-assembled and if you want one tomorrow – you better find a dealer who has one in stock, because like a Bentley the take a couple months to build. Fortunately, like all the Sony gear listed here, it’s available for rental from BorrowLenses.com 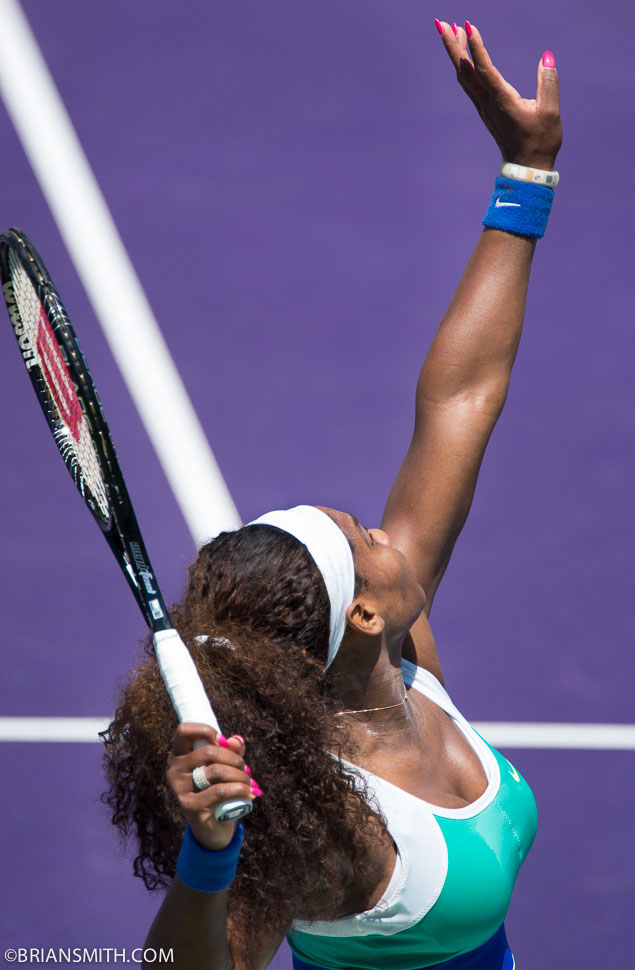 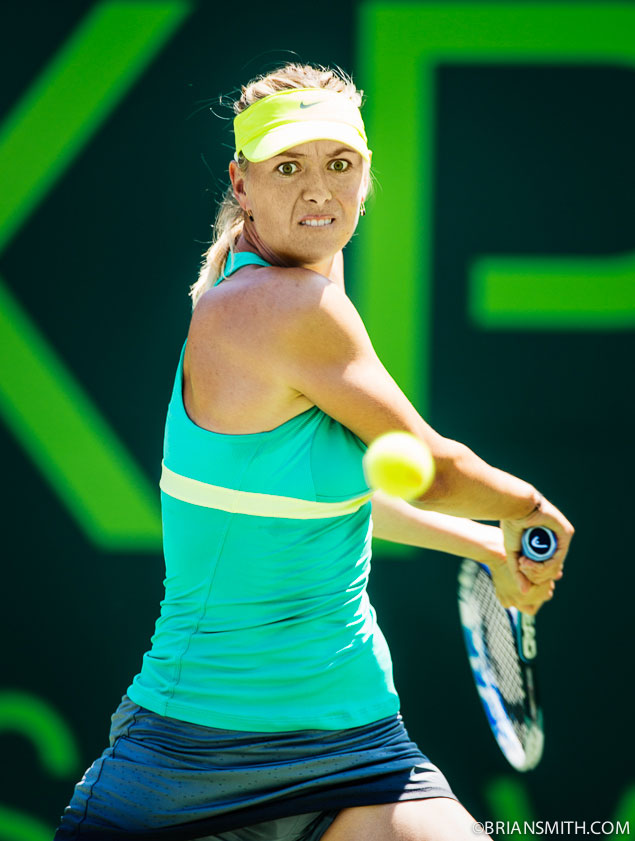 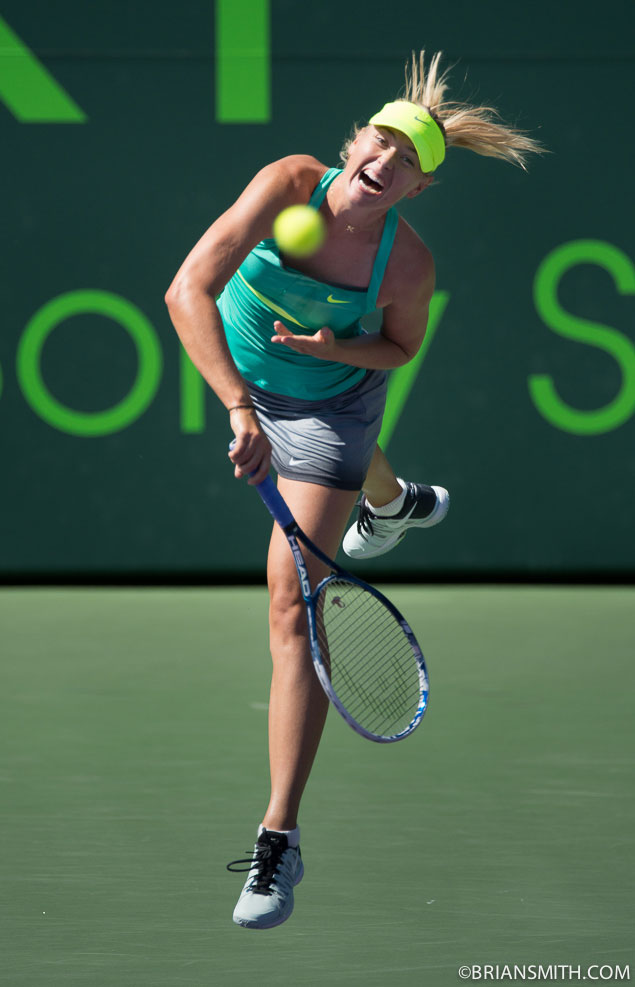 Sony 300mm/F2.8 G II updates Sony previous version with faster focusing + better lens coatings and improved weather sealing around the focus ring and the front & back of the lens. Great balance so that even for a relatively big, fast lens, it’s comfortable to shoot. 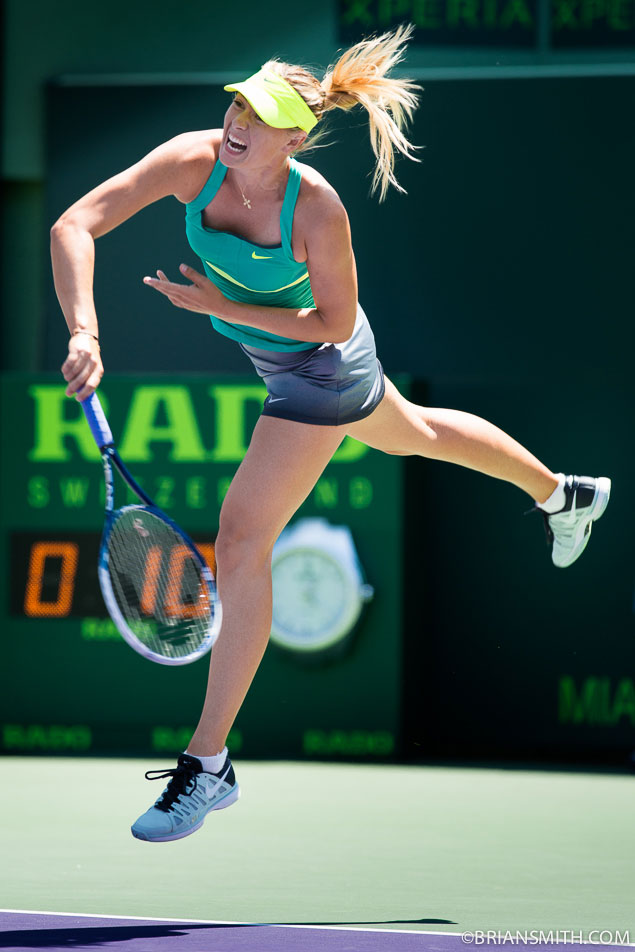 I’ve been shooting portraits with Sony’s a99 fullframe camera since December, but I discovered it’s a really nice camera for sports. Because of it’s fixed mirror the other photographers noticed about it is that a burst of the motor drive is about half as loud as the other cameras. It’s “sneaky quiet” according to one of them. On a sport like tennis, that allows you to shoot with less chance of disturbing the players as they’re serving – so I’ll take “sneaky quiet” any day. 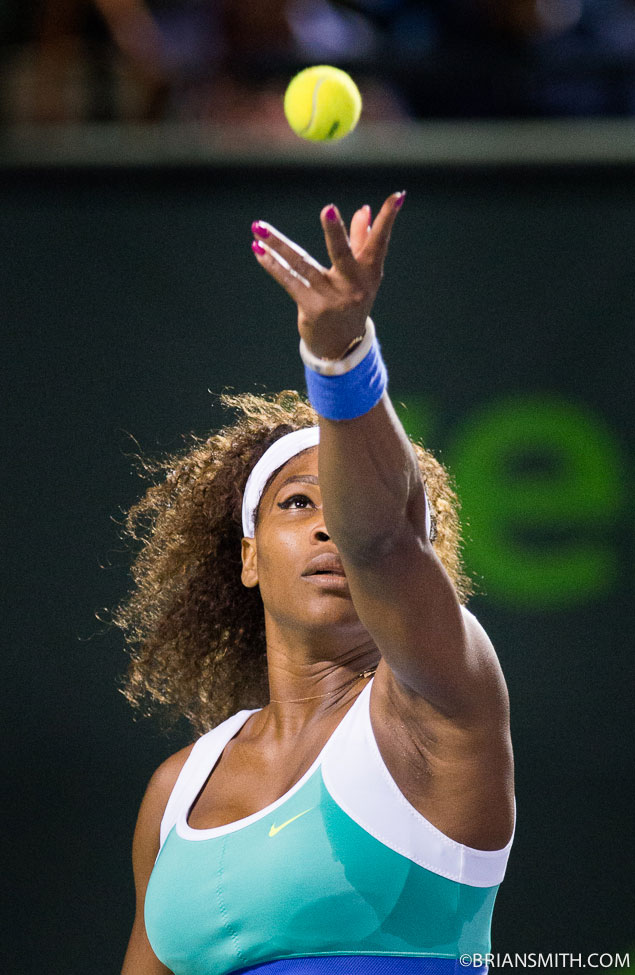 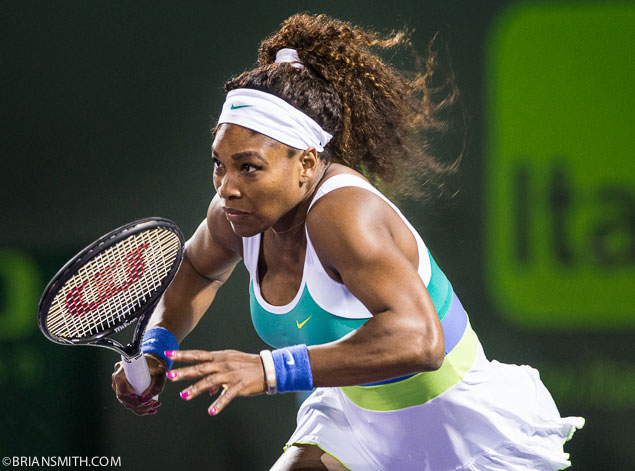 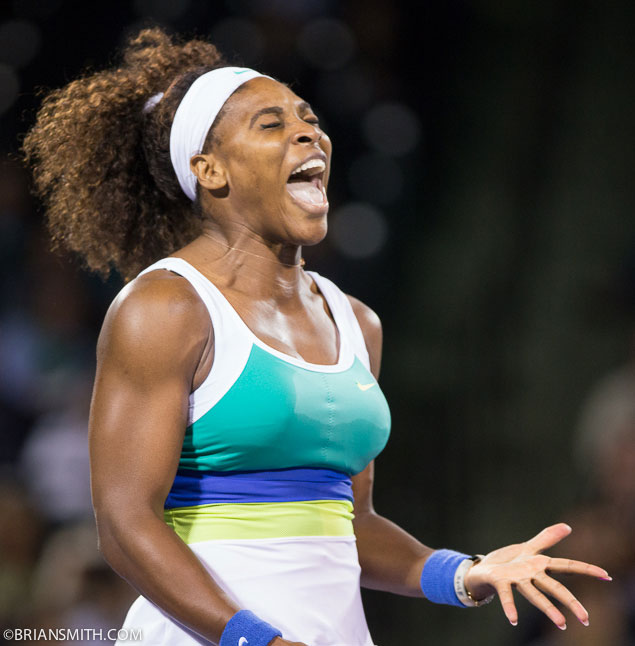 Sony’s Compact fixed-lens fullframe compact RX1 is perfect whenever you want a really q-u-i-e-t camera – turn off the fake camera sound in the menu settings and the RX1 is virtually silent outdoors. It may seem an odd choice for sports photography, but a small lightweight camera with a wide-angle lens is actually really handy when shooting sports. 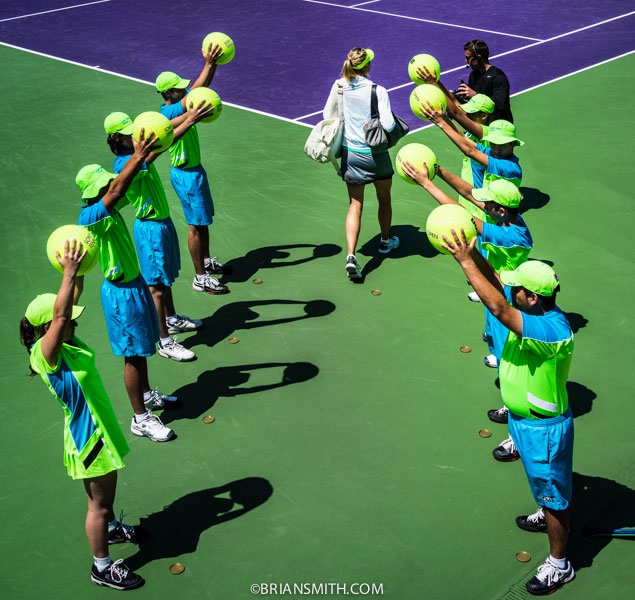 The latest Sony cameras include a picture effect setting called “Miniature” that allows you to select an area of sharp focus while the rest of the image is thrown out of focus much like the effect you get when tilting the lens on a view camera or tilt/shift lens. I like to call it the ‘Dave Burnett look.’ 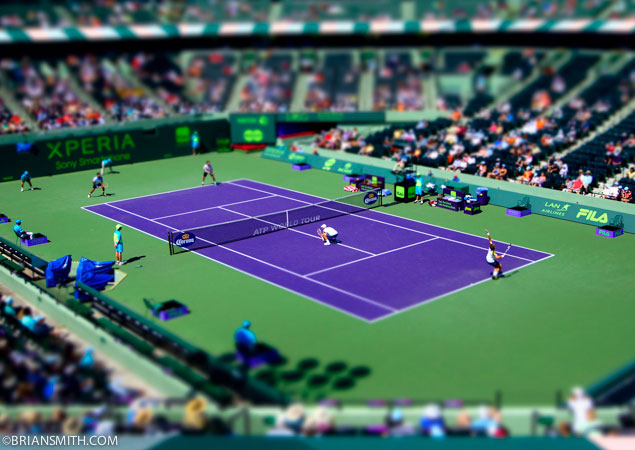 12 thoughts on “Shooting Serena and Sharapova at the Sony Open”