It took me four months to come up with an example of moirÃ© from the Sony A7R, but only six seconds to fix it. Here’s how to quickly clean-up moire in Lightroom or Photoshop Camera Raw.

When I first heard the Sony A7R would be released with a 36mp sensor without an anti-aliasing filter I was immediately excited about the prospect of capturing medium format detail with a small camera – yet prepared for moirÃ© – the the flip side of fine detail.

I still have painfully vivid memories of tediously fixing pattern moirÃ© during my medium format digital days. I don’t think I did a shoot with the 22mp Leaf Aptus digital back that didn’t require fixing moirÃ© to some degree. It got better with the 33mp Leaf Aptus backs, but when it did show up, it was a bear to fix.

Well it took over four months of non-stop shooting with A7R to come up with an example, but I finally found a bit of moirÃ© that needed fixin’. Quite naturally, it showed up on a portrait cover select while on deadline. Ain’t that always the way?

MoirÃ© from medium format backs is usually pesky pattern moirÃ© and it’s a bear to fix. But A7R moirÃ© proved to be it’s milder cousin – color moirÃ©. I wondered if the Lightroom selective adjustment moirÃ© brush would be enough to do the trick. 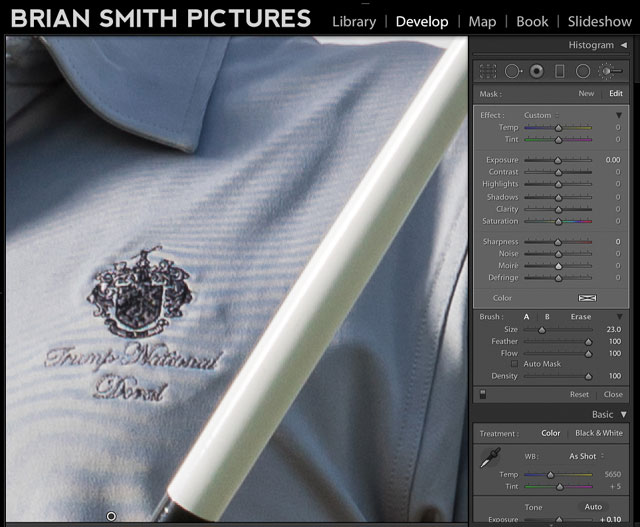 When you zoom in to 300% you can see moirÃ© in the shirt. Moire is distance dependent. When I moved closer or father from the subject it disappeared, but as luck would have it, there it was in the cover select.

Step One: Use the Lightroom selective brush tool to paint an adjustment over the the affected area with MoirÃ© adjustment set to 100% to be certain you paint it all out. 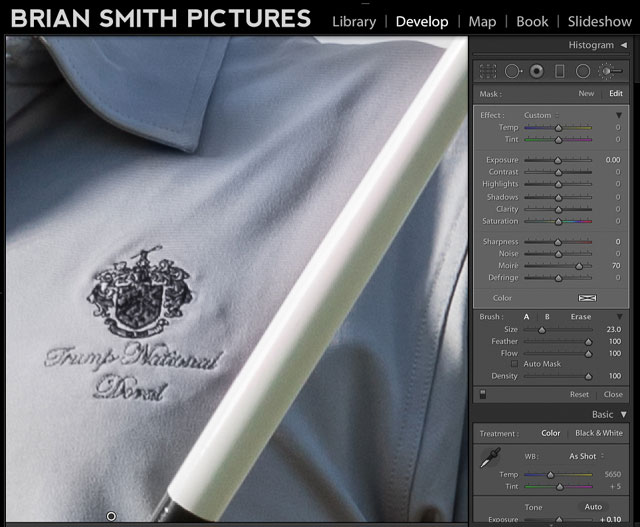 Step Two: Dial back the adjustment back a bit to the point where moirÃ© disappears. And Voila you’re done! The Moire is gone in six seconds…

And here’s the finished shot: 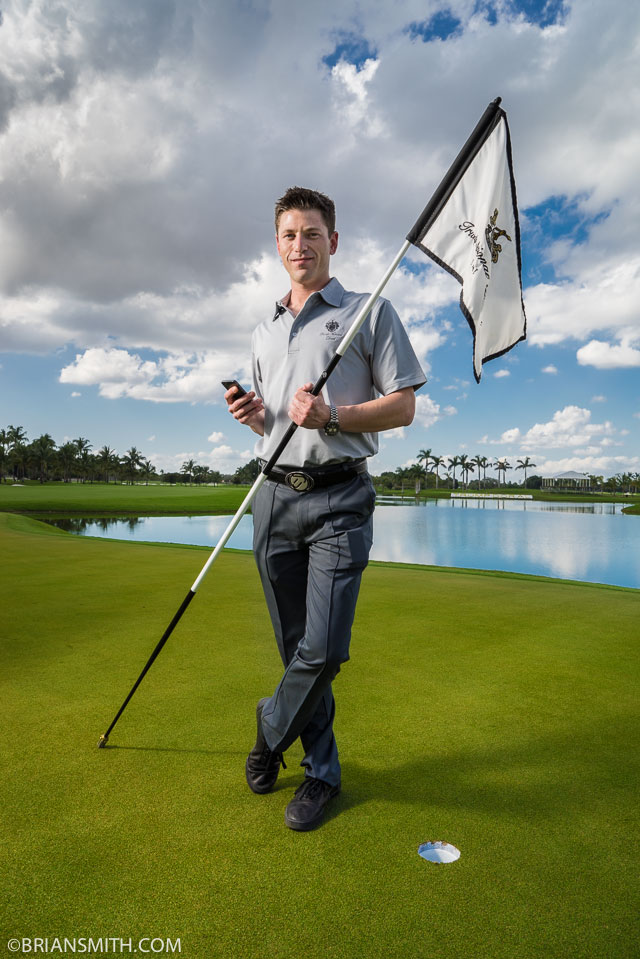 Moire is most likely to appear in fabrics with extremely fine thread counts like a silk wedding dress or the $5,000 suit on the CEO you’re photographing. From my experience, chances are actually pretty good that you’ll never even see an example of moirÃ©. But if you do, now you know that it’s easy to fix.