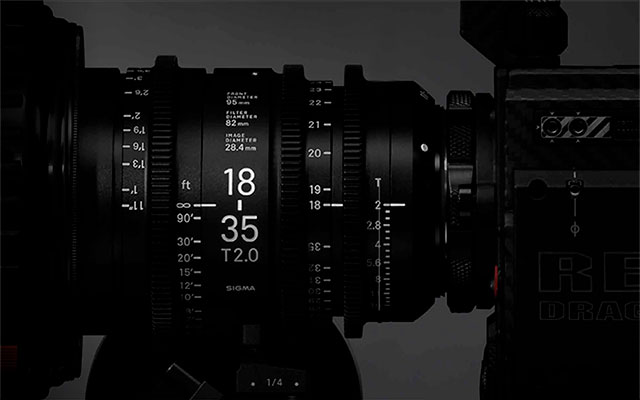 Sigma has announced their new line of E-Mount Cine Lenses. The Super 35/APS-C Sigma 18-35mm T2.0 and Sigma 50-100mm T2.0 will launch in November 2016. They’ll be followed by six fullframe E-mount cine lenses in 2017. Pricing was not announced but I’m guessing they should be around the price of Rokinon Xeen Cine Primes. 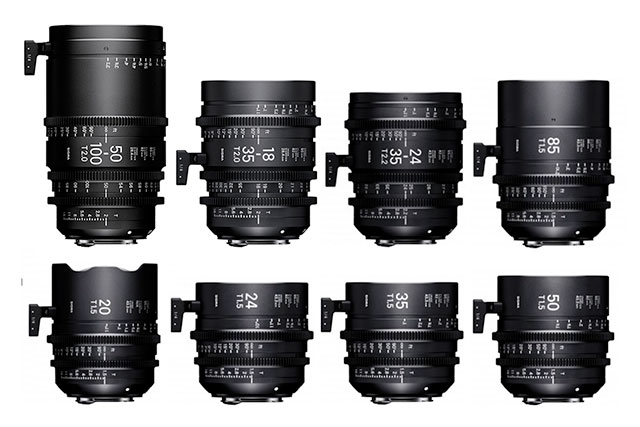 Amsterdam, The Netherlands â€” September 7, 2016 â€“ The SIGMA CORPORATION is pleased to announce that it will enter into the cinema lens market with the release of its SIGMA CINE LENSES, designed specifically for cinematography. In the world of digital film production, there is an increasing demand for higher resolution, and SIGMAâ€™s new lineup of high-performance lenses is compatible with the latest, high-resolution digital cinema cameras. SIGMA has developed its own production system by establishing the required technology for mass production of high-performance lenses for ultra-mega-pixel shooting. The company feels this valuable new lens line could create a fundamental change in digital film production, and provide a new solution for cinematographers.

For the first phase, SIGMA will release two zoom lenses in Japan and the USA for EF and E mount camera systems. Furthermore, another zoom lens and five prime lenses will be released to the market in sequence from 2017 onward. SIGMA plans to develop additional zoom and prime lenses as well as add support for PL mount camera systems. The latest release information will be sequentially updated on its official website.

High Speed Zoom Line offers the constant aperture of T2 throughout the zoom range, and the optical performance is ready for high-resolution shooting such as 6K – 8K. Furthermore, while offering the highest image quality in its class, the High Speed Zoom Line has a compact construction and offers amazing value.