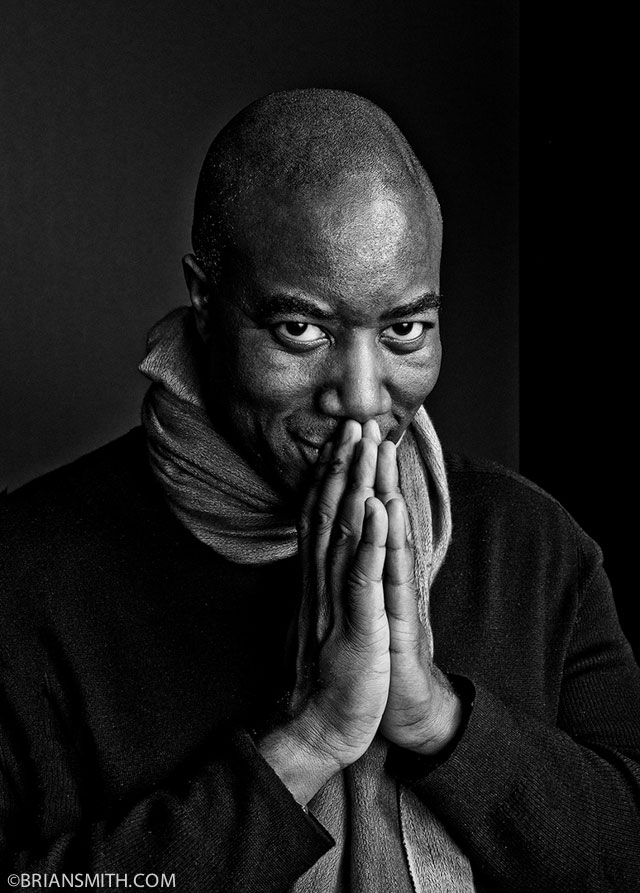 It’s my great honor and pleasure to showcase the work of my exceptionally talented Sony Artisan brother Matthew Jordan Smith as the first in a series of profiles showcasing exceptional photography projects and featuring the Masters of Photography.

Matthew is one of the most highly sought after beauty and fashion photographers in the world. He’s worked with some of the top names in entertainment today including Halle Berry, Jennifer Connelly, Jamie Foxx, Mandy Moore, and Oprah Winfrey.

His book ‘Sepia Dreams: A Celebration of Black Achievement Through Words and Images’ features a collection of his portraits and interviews with fifty African-American celebrities speaking candidly about the motivations and qualities that enabled them to find and embrace their dreams 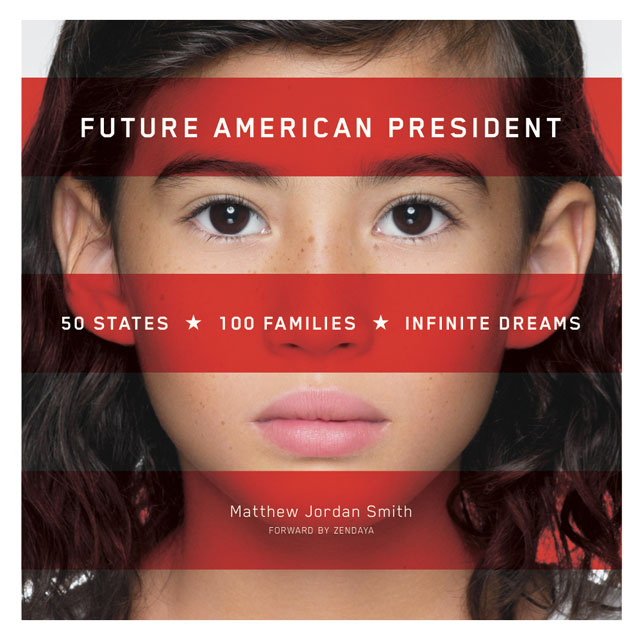 Q: How did you come up with the idea for ‘Future American President’?

The initial idea came to me in 2007 as I was worked on another project. That project had a small section, (only four children) highlighting children as future presidents. I met my wife in 2008 and she had a son who was four years at the time. I wanted to do something that would have a positive impact on his life and included him as one of the four children. That project died when the recession hit but it was always special to me. In 2012 and wanted to base the show around things that were taking place during an election year. As I started thinking about ideas, my wife said, “your special section was very powerful and its should be its own project. The next thing I knew I was writing down my ideas and formulating a plan for what is now Future American President. 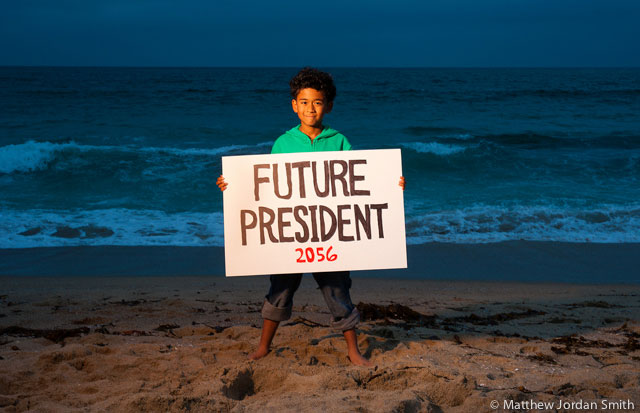 With famous people who are used to being in front of the camera there is a certain confidence, and that confidence is beautiful. With children is a very natural and unrehearsed energy. It can be innocent, funny or at times, even bold and confident. I really enjoyed having the opportunity to work with so many children around the country.

Q: What did you do to make the children you photographed feel Presidential?

From the moment I met each child, I’d let them know I believed they had the potential to do anything in their lives, even become a future American President, so during the entire photo shoot, I’d call them Madame President, or Mr. President, which always made the parents smile or laugh. When the kids saw there parents smiling, they eat it up. Even when the photo shoot was complete, I’d say goodbye Madame President, I hope to see you at the White House one day. 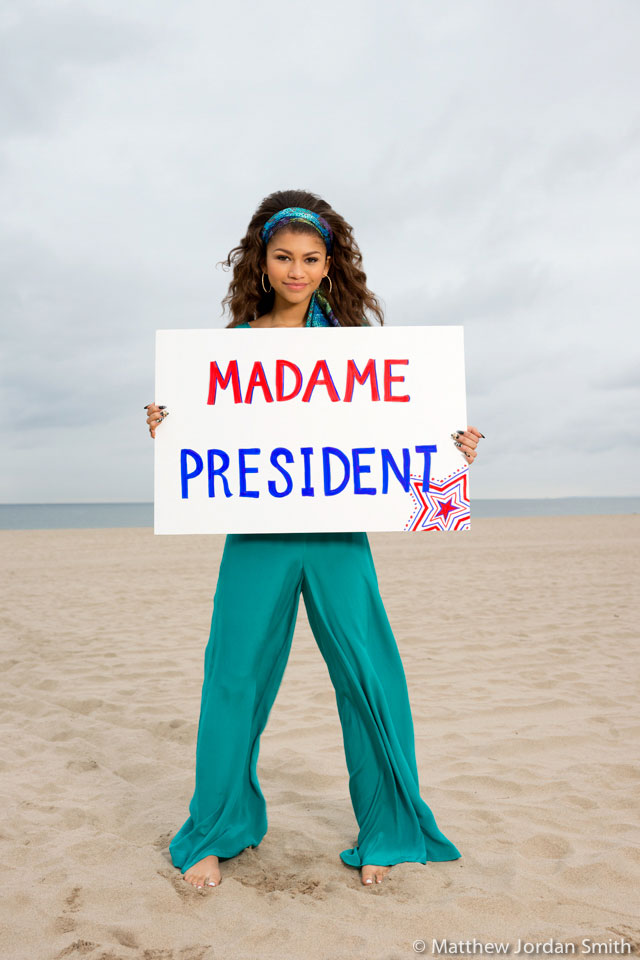 Q: What is the most surprising thing you experienced in the process of traveling to all 50 States?

For this project, I didn’t have families set up before hand. My idea was to approach strangers with my idea and see if they would let me photograph their child. This sounds crazy in many ways, but that’s what I did. What surprised me the most as we went from state to state was that only a handful of people across the country said no. Instead after I finished a shoot, many parents wanted to refer a friend. We even had families who offered their homes for us to stay in. These were strangers but they loved the project so much that they opened their doors and welcomed us into their lives. It was an amazing experience.

Q: While working on the project with your wife Nozomi, what was the the most unexpected thing she discovered about America?

My wife is Japanese and grew up in Northern Japan were there is very little diversity. A lot of her ideas of America are based off of movies. She now has a real appreciation for the beauty of America and the diversity of its people. 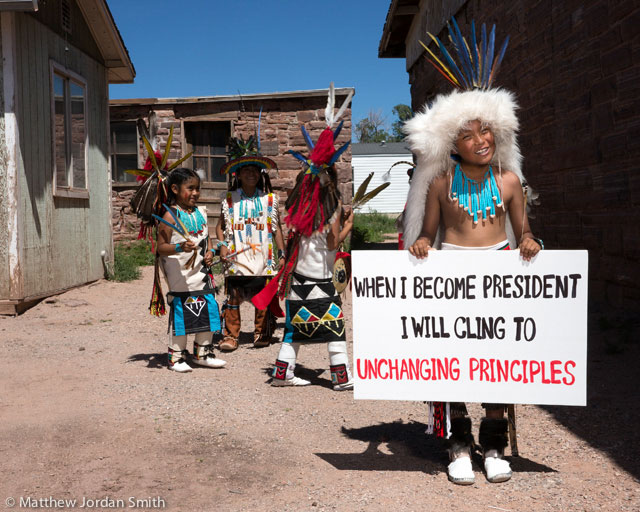 Q: ‘Future American President’ is your third book, how has the publishing industry changed since you did ‘Sepia Dreams’?

Since my first book, which came out the month after 9/11 in 2001, everything has changed drastically, but I believe there are more opportunities for authors now than every before. That doesn’t mean it is easier, but where there is opportunity, there is a stronger change for success. With ‘Sepia Dreams’ I only had to produce the work, and my publisher did a lot of the heavy lifting. Now more of the weight is on me this time around, but I believe because of that I can do things a traditional publisher would dream of doing, like offer every parent in America the opportunity to put their child on the cover of Future American President. 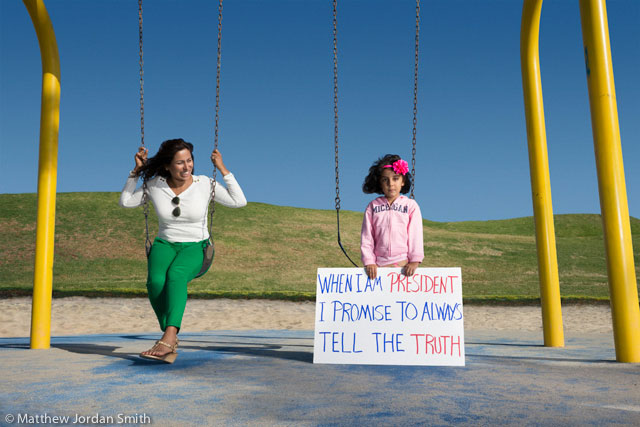 Q: How has crowd-funding made this project possible?

When I first started ‘Future American President’ in the spring of 2012, I had no idea about crowd-funding. While shooting in Wyoming, the father of the child asked me who was funding the project. At that time it was all out of my pocket, so it was difficult in many ways. He told me about Kickstarter and Indiegogo and we went back home and started doing research. Crowd-funding has changed the landscape of funding all together and this project would not have been possible without it.

Q: Looks like youâ€™ve come up with something special for parents who want to personalize a book for their child, tell us about it?

As we traveled from state to state asking parents if we could photograph their children, many parents wanted to refer friends, co-workers, or other family members, but we just didn’t have the space in the book, and had to turn their offers down. Every time we did I felt empty and wished I could include the other children. Then early one morning, (around 4:00am) an idea came to me and I shared it with my wife once she was up. She loved the idea! Initially the goal was to photograph children from 100 families for the book, but I decided to only photograph children from 99 families, leaving the last space open for any parent in America. Actually, the final space is not just in the book but on the cover of the book. Parents can take a picture of their child wearing a white top, purchase a special edition copy, and upload their picture to us. From there we can the image and turn it into a cover. For photographers around the country, it could be an excellent opportunity to do something great for their clients. Photographers can tell their existing clients about the offer and have parents hire them to create their child’s portrait to send it. 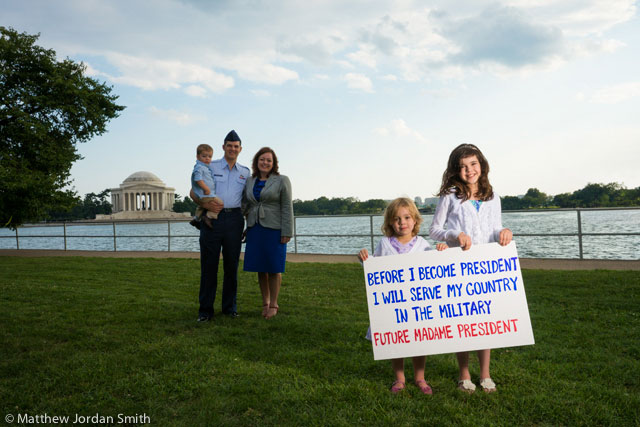 Q: Letâ€™s talk gear, what did you use for this project?

Gear wise I used three different Sony camera’s. The first year, 2012, I shot everything with the Sony a900. The second year, everything was shot with the Sony a99. I fell in love with using this camera on location. It was my first experience using the electronic view finder, and being able to see images on location in bright sunlight is the most incredible thing a location photographer can ask for. When you shooting in every state in America, you don’t have time for mistakes or second chances. The Sony a99, helped me create incredible images in very hard working environments. When you’re under pressure you want a camera to work with you, not against you. I discovered there was a major advantage to being able to see the image right away in the viewfinder. All the images are shot outside on location except for two. which were shot at night or in an indoor location. This year, I’ve used the A7R and A7 to capture all the latest images. As a matter of fact I just returned from photographing Angela Bassett’s twins for individual covers and used the A7R for the images and the A7 to shoot being the scenes video.

Q: Did using the same lighting throughout the project help give the project a cohesive look?

From the very beginning of this project as I mapped it all out, I knew it would be important for all the work to have the same feel. I knew it would be impossible to have the exact weather in every state, and I wanted all the images to have a consistent look no matter what the weather, or background was. I decided to take my Profoto 7B strobes with me the first year. The second year, Profoto USA was gracious enough to loan me the newest Profoto location gear to complete the project. I am very grateful to Sony and Profoto for helping make this project come to life. I carried all my hear in LowePro camera bags and they stood the test of time. 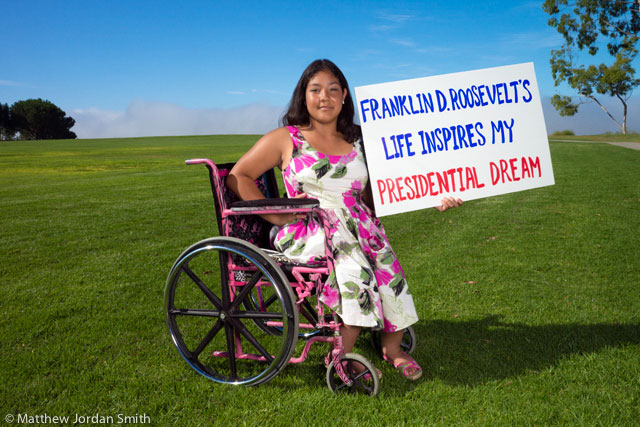 Q: If one of the children you photographed becomes President, can you get your brother invited to The White House for dinner?

LOL! Absolutely! The beautiful thing about this project is that it has already inspired children not only in America but all over the world. I had a group in Geneva, Switzerland, Kids with a Cause Europe, contact me after seeing my posting on Facebook. They were so moved by the project they had 100 kids make signs in the style of the Future American President project and take a photograph together. Each child wrote in French what they would do as the president of their country.

It’s important to plant the seed of possibility in our youth and this projects aim is to empower children to DREAM BIG! 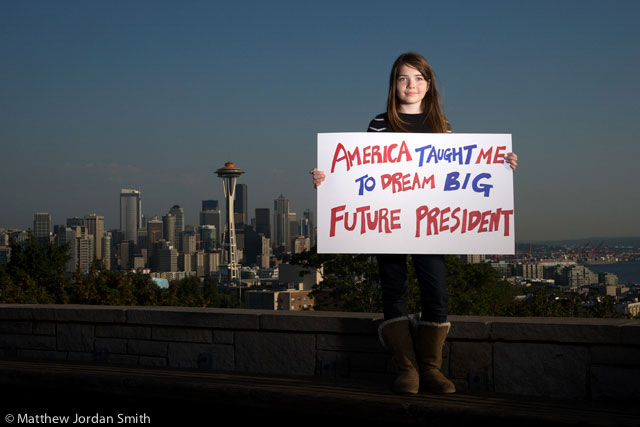 Please help support this wonderfully inspirational project! Pre-order your copy of ‘Future American President: 50 States, 100 Families, Infinite Dreams’. To learn how you can help fund this project or how to order a special edition book with your own child’s portrait on the cover, check out Matthew Jordan Smith’s Future American President Indiegogo campaign: 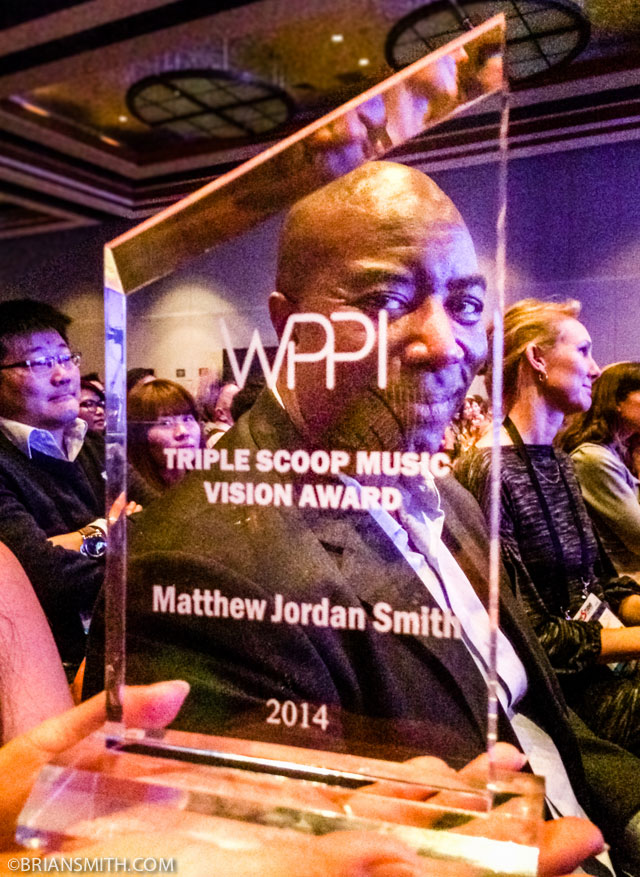