“I was an intern for Mary Ellen in the summer of 1995. I had just started getting serious about photography in my junior year of college and my mother suggested that I go work for her to see what it was all about. I had never heard of her at that time, but I hadnâ€™t really heard of anybody. Turns out she was an old friend of my parents from the late 60s. I have envelopes of negatives from a Life magazine story Mary Ellen had shot on my mother and Hugh Hefner. The story never ran, I donâ€™t know how my mom ended up with the negatives.

“I went to Barnes & Noble and looked at a few of her books. Floored me, obviously. I called her studio and she asked me ‘Are you good with computers?’ I was good with computers. She said â€œGreat, Martin will love youâ€ and that was that. I was off to New York. Mostly my responsibilities that summer consisted of getting lunch for everyone and lots and lots of scanning of contact sheets. I saw everything that came in, and all the proofs from the archive of the past 25 years. The first few weeks was a shock, discovering what photography really could be. By the end of the summer I was so used to her work that I just assumed thatâ€™s what pictures looked like. I went back to school for my senior year, threw out nearly everything I had done and attempted to start over.

“I went on a couple shoots with her, went to dinner with the assistants – who I only ever saw treated very well, by the way. The most harrowing thing was having to deliver and pickup negatives from her printer, riding the subway with these irreplaceable, priceless and very, very fragile things. Really, I shouldâ€™ve taken a cab.

“I got my first editorial jobs that summer, on my off hours. Nothing big or too exciting, but I was petrified just the same. I knew nothing about anything, I had no lights, just a Rolleiflex. Mary Ellen loaned me a tripod for my first â€œbigâ€ assignment. Later in the summer, she gave me a brand new version of that tripod/head for my 21st birthday, along with books by Robert Frank and AndrÃ© KertÃ©sz, and a signed 11×14â€ print of hers from a refugee camp in Ireland. 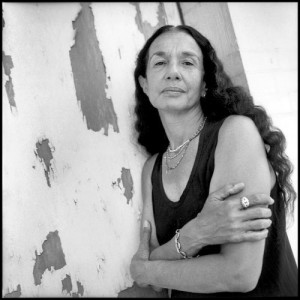 “After I had graduated from college I went back to New York and went right back to Mary Ellenâ€™s and said â€œNow what?â€ She thought for a moment – knowing grad school was out of the question – and said â€œYou should go work for Greg.â€ She sent me down the street to Greg Heislerâ€™s that day, and I worked for him every day for a year. I was an intern still, but Greg and his assistants were my grad school and how I learned about light.

“In the years since Iâ€™ve tried to visit her on many of my trips to New York, if she were in town. She was always gracious and warm and a huge support to me. Early on in my career she even hooked me up with meetings at the offices of photo editors who I had no business working for at the time. They all agreed to see me on her recommendation, and ended up a little confused. Nothing ever came of it, but it was the thought that counted.

“She called me when I got engaged and said ‘Sheâ€™s not a photographer is she? Good.’â€

“I last spoke to her several months ago when she called to talk about my instagram pictures of my son. She had questions about how the iPhone worked and what it was all about. She was skeptical but complimentary. Kind and encouraging. Mostly it was just good to talk to her. Iâ€™m devastated by the news of her passing, and feel terrible for her husband, Martin Bell. I wish I was there now to bring him his earl grey tea with lemon. She was a very private person, so Iâ€™m not surprised that I never knew she was sick. She wouldnâ€™t ever have mentioned it, I donâ€™t think.