“In the past year, the number of photo equipment questions we’ve received has skyrocketed. Many of them asked for a detailed list of the gear we use and that seemed like a good idea to me,” says Brian Smith

The guide lists his favorite cameras from DSLR and mirrorless cameras to point-n-shoots and plastic cameras, his favorite glass from wide angle to super-telephoto exotic glass and strobes, hot lights and modifiers from Profoto, Elinchrom, Wescott, Lowell and more. The guide also includes a round-up of lens adapters to mount legacy lenses from Canon, Nikon Leica and others onto Sony A7, A7R and A7S mirrorless cameras.

Brian Smith’s Photography Gear Guide can be found at: briansmith.com/gear 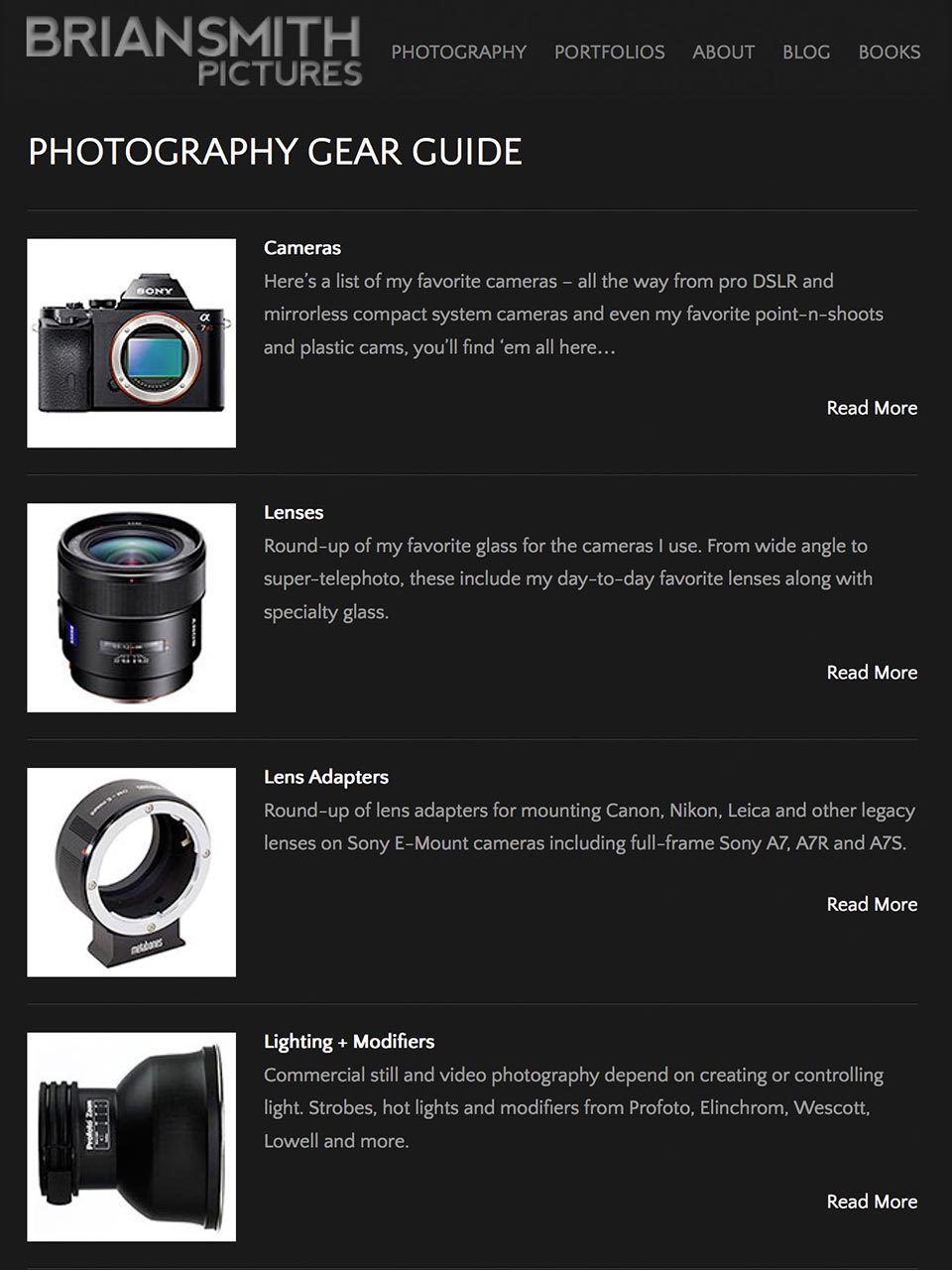