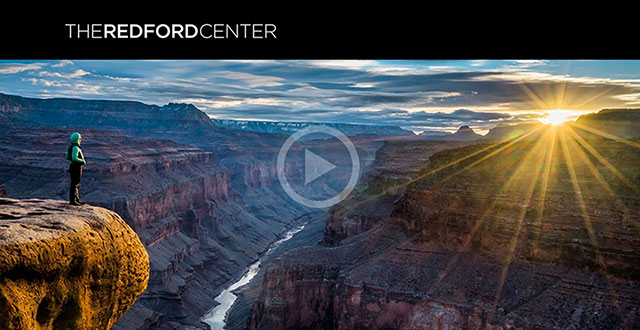 In 2016 filmmaker/photographer Pete McBride and writer Kevin Fedarko set out on a 750-mile journey on foot through the entire length of the Grand Canyon. From the outset, the challenge was far more than they bargained for. More people have stood on the moon than have completed a continuous through hike of the Canyon. McBride and Fedarko took a sectional approach, achieving a feat that many adventurers have taken decades to complete. Others have lost their lives trying. But their quest was more than just an endurance test – it was also a way to draw attention to the unprecedented threats facing one of our most revered landscapes.

Throughout their passage, McBride and Fedarko encountered an astonishingly diverse and powerful landscape, rich in history, that is now facing perhaps the gravest crisis in the 98-year history of the Grand Canyon National Park.

Directed by Pete McBride and produced by the award-winning team at Insignia Films, INTO THE CANYON is a story of extreme physical hardship that stretches the bonds of friendship and a meditation on the timeless beauty of this sacred place. It is an urgent warning about the environmental dangers that are placing one of America’s greatest monuments in peril and a cautionary tale for our complex relationship with the natural world.