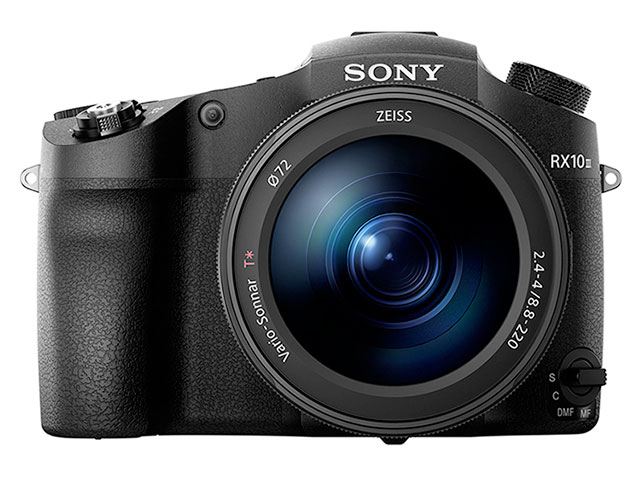 RX10 III’s lens includes aperture, focus and zoom rings, as well as a focus hold button. The camera offers an XGA OLED EVF with 2.36 million dots, as well as a tilting LCD. The already sturdy body is now dust and moisture resistant. 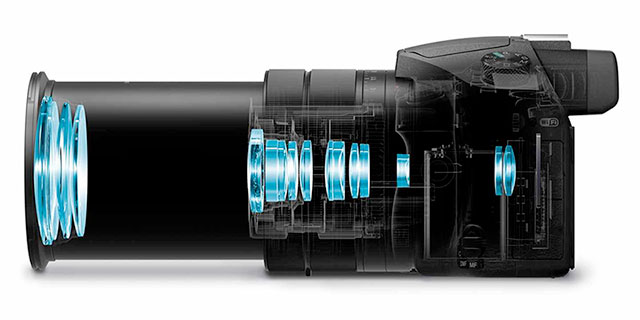 An updated shutter provides an ‘anti-distortion’ electronic mode up to 1/32,000sec as well as a silent shooting mode. Wi-Fi and NFC have also come along for the ride.

RX10 III offers 4K video from 1.7X oversampled, full pixel readout without binning. The camera alsio offers the video-centric Picture Profile modes that give fine-grained control over the camera’s tonal and color responses, and include the very flat S-Log2 and S-Log3 gamma curves. Like the RX10 II, the III includes both a mic input socket for using an external mic and a headphone jack for monitoring that recorded audio.

It also offers the high frame rate ‘HFR’ videos modes that capture footage at up to 960 fps (albeit at reduced resolutions) and then play it back as 1080p/24.