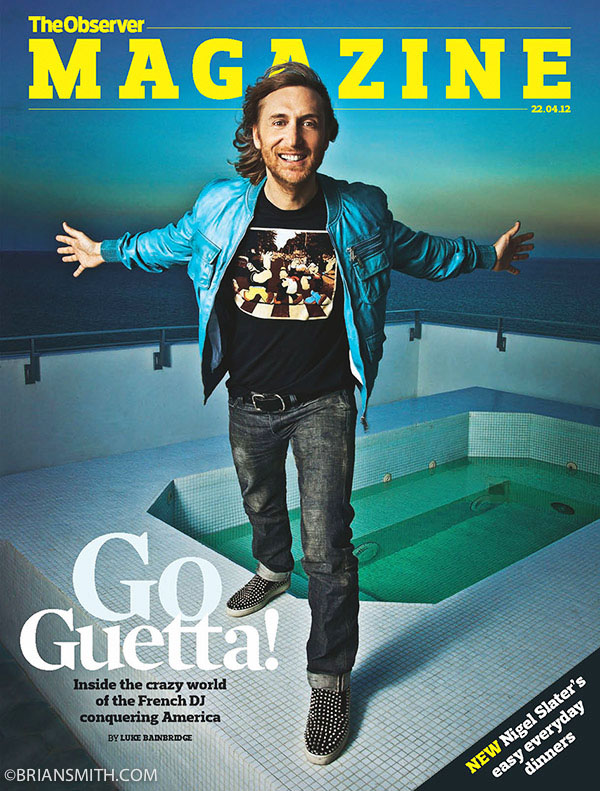 On the newsstand this week is my portrait shoot of Uber-DJ David Guetta photographed for the London Observer Magazine shot when Guetta was headlining the Ultra Music Festival in Miami last month.

Day 1 began with a portrait shoot of the DJ+Producer made famous when his Black Eyed Peas hit song “I Gotta Feeling” blew up on the charts. We had the rooftop of a Miami Beach penthouse suite to ourselves. Like a lot celebrity shoots it was a case of ‘hurry up and wait’ – we set up your shot and then sat back and waited to Guetta, I mean get, our star. Yet you never complain when that gives you the best light of the day. Then he arrived on the windy rooftop, Guetta was concerned about the wind on the roof deck. We did everything we good to block it before deciding the best course was to just go with it. He’s lit with one Octabank from left weighted down with the pack + 2 assistants holding it in place so the wind doesn’t send it out to sea and shot it with my favorite camera set-up for portraits a Sony a900 with a CZ 24-70/2.8 lens. Our portrait shows Guetta doing his best DiCaprio from Titanic.

Day 2 took me back-stage at the Ultra Music Festival where I was told they would allow me onstage with Guetta as long as I stayed out of the spotlight. Wearing all-black, I did my Ninja best to hide out of sight, I held my NEX-5N camera above the speakers or sound board and composed off the LCD which was tilted down toward me capturing Guetta with the massive crowd behind him. I gotta admit it was a blast to go to my photojournalism roots and shoot a bit of reportage again – all the while in the back-stage company of Lil Jon and Paris Hilton.

My thanks the London Observer’s wonderful photo editor Kit Burnett for the gig, to writer Luke Bainbridge, to SONY EMI’s Paul Guimaraes for the access, and to David Guetta for making our shoot Titanic! 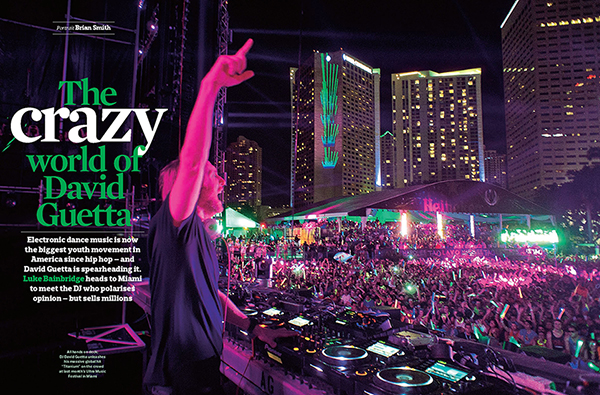 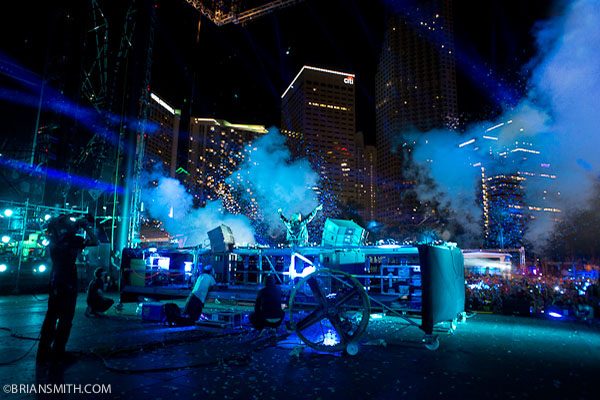 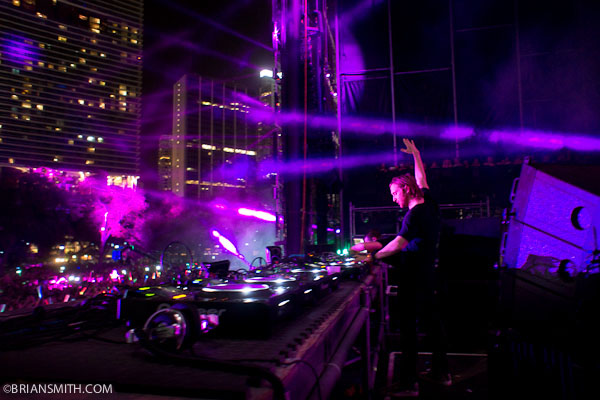