What You Want to Know About the New Sony a7S III

Improved 12.1-megapixel back-illuminated sensor (BSI) with 3X faster readout than previous generation to greatly reduce rolling shutter effect. I know that a number of people had hoped for a bit more resolution and a jump to 16mp, but 12mp is the exact resolution needed for native 4K video. Anything over 12 mp would require line-skipping for video until you get to 24mp at which point it’s possible to downsample, but Sony already makes 24mp a7 and a9 cameras.

For those who want larger output, my suggestion is to Export Raws from Lightroom Classic CC or Adobe Camera Raw at 6000px x 6000px which will give you 24mp output. Always do this using Raw images for best results.

A new graphite passive cooling heat sink is designed to prevent overheating. Many reviewers have recorded several hours of continuous video without overheating.

• 4K 120p recording with 1.1x crop allows continuous recording up to one hour without overheating
• 4K 60p recording with full-pixel readout without pixel binning and without crop up is also rated for at least one hour
• Full HD up to 240p
• Internal recording with 4:2:2 color subsampling and a color depth of 10 bits. 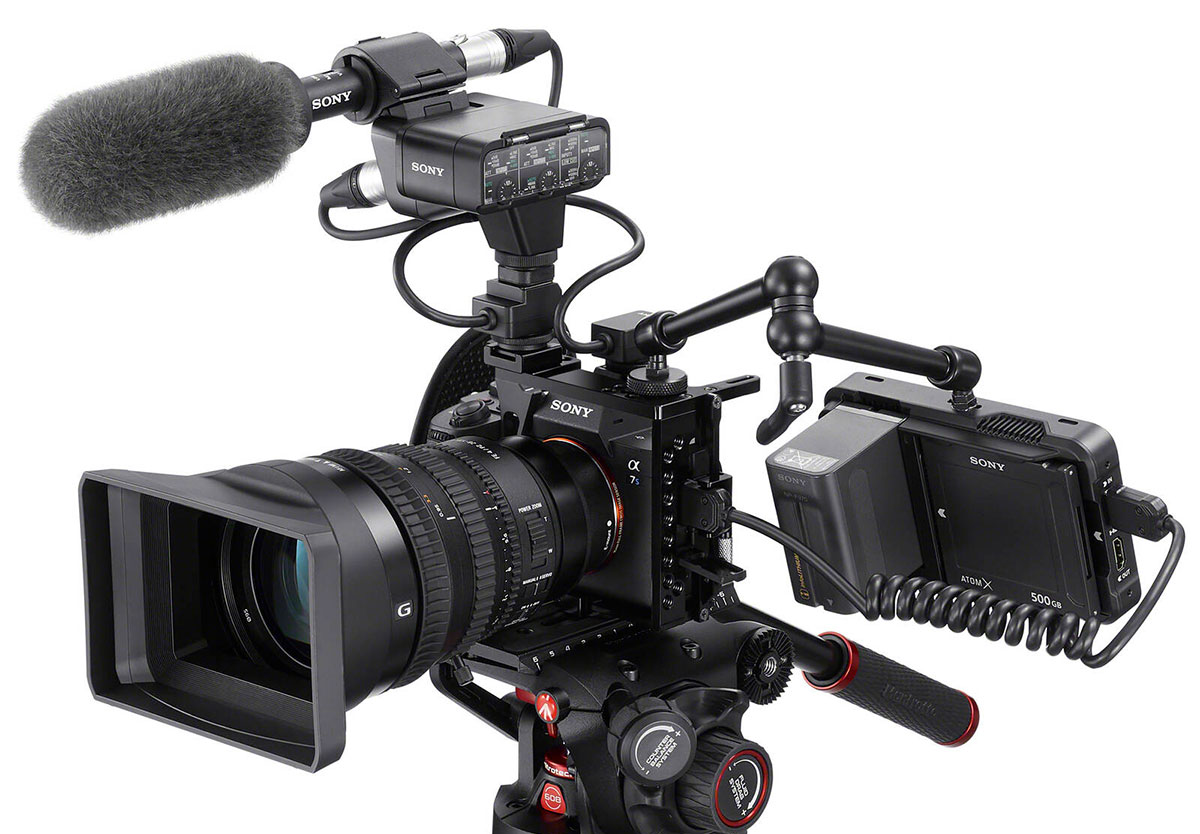 New codecs are available: XAVC-S-I records single images (All-I) with a data rate of up to 500 Mbits/s,

XAVC-HS reduces the amount of data in image group compression to 200 Mbit/s thanks to H.265 compression.

5-axis IBIS achieves an effectiveness of 5.5 f-stops, measured according to the CIPA standard with greater possible using Sony OSS lenses. In video mode, digital stabilization (active mode) is also used, which also uses a gyro sensor. The information from this gyro sensor can also be stored in the metadata of the videos so that it can be used in post-processing for digital stabilization.

Eye AF for humans and animals is effective fr=om greater distances than ever before.

• AF sensitivity goes down to -6 EV
• 10 frames/s continuous shooting. Silent and Mechanical shutter up to 1/8000 sec
• Uses Sony NP-FZ100 batteries, which can be charged via USB-C.
• Continuous power supply via USB is also possible.