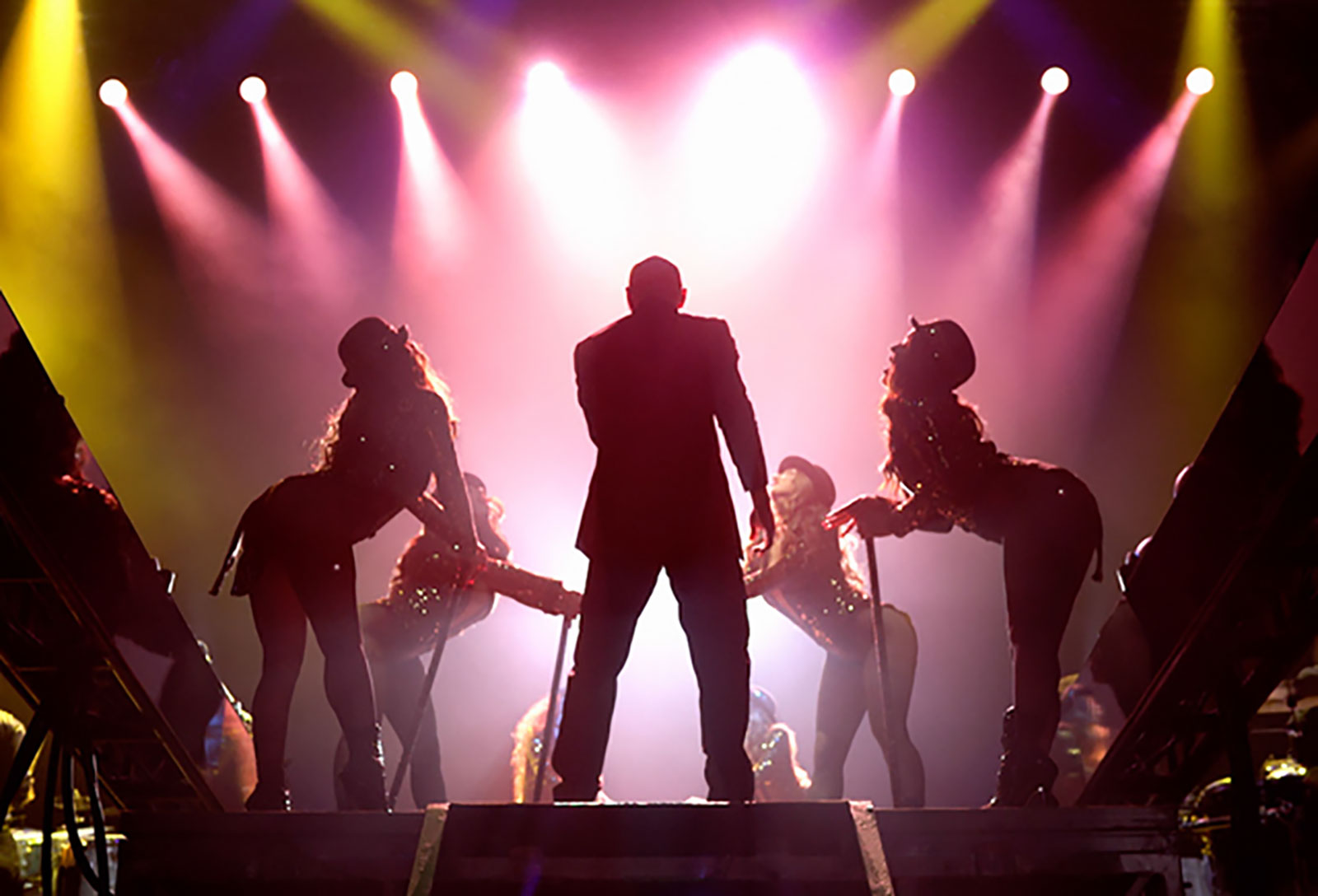 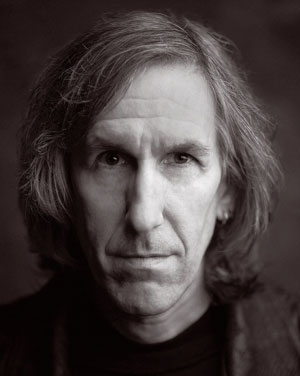 For a guy who flies around the world on private jets as Pitbull’s personal photographer, Greg Watermann is an incredibly nice, humble and soft-spoken guy. As it turns out, nice guys really do finish first. Here’s a behind-the-scenes glimpse of how he works and his secrets to success.

Q: How did you get into shooting music photography?
I started shooting portraits and fashion in the 80’s in New York City for Elle, Rolling Stone, Cosmopolitan, and Spin. Over time though, I became drawn to the energy and presence of Rock Stars and got off on capturing that while documenting their lives and creativity. Twenty years ago I moved to Los Angeles to focus on that exclusively.

Q: Who are the bands you work with regularly these days?
I’ve been System Of A Down’s photographer for 14 years – that’s been an ongoing project covering everything important in their lives including solo projects, weddings, and kids being born. I’ve been Pitbull’s personal photo/videographer for 6 years. He’s had (has) an amazing career. When we started working together he was at 4 million Likes on Facebook. Now he’s at 60M. Most of those likes are on my photos. I shoot everything for him – album packaging, tour merchandise, publicity, social media, advertising for sponsors, and I shoot all his behind-the-scenes videos. I’ve also been Toby Keith’s photographer for the last 6 years, shooting his tours and record covers. And I just started shooting a new band from the UK – The Struts. So new in fact that their first album doesn’t come out till next month (Interscope), but I love their old school rock n’ roll passion. 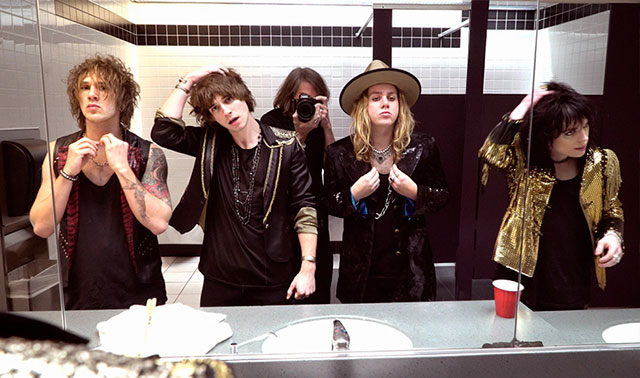 Q: What’s the wildest thing that’s ever happened to you on tour?
I’ve had military officers in third world countries holding machine guns on me while I deleted photos (their commercial airport was also an army base = no photos). And then there’s the occasional fan who pretends to Really like me so they can get backstage. 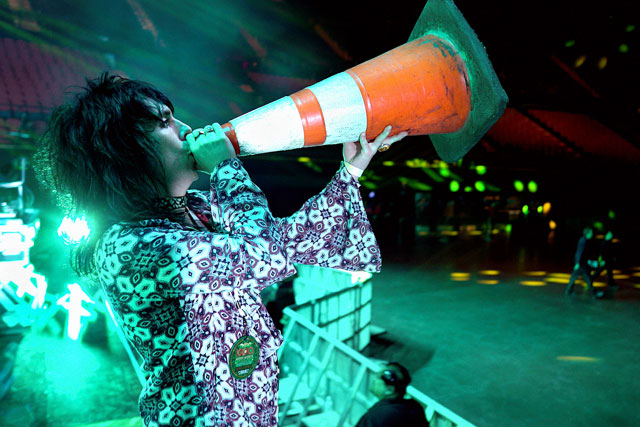 Q: What the biggest misconception people have about rock stars?
That they’re regular people “just like you and me”. THEY’RE NOT! They are incredibly special people who’s fireball personality exceeds their special talents and appearance. 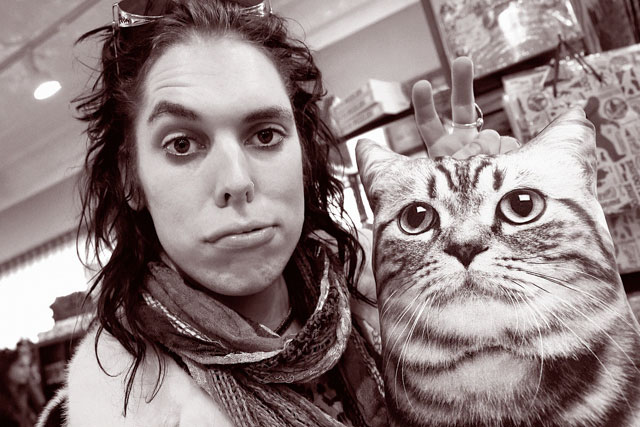 Q: In your gig as Pitbull’s photographer I’m sure it’s important to get images out there quickly. Are you downloading your SD cards to a computer or using WiFi to transfer them to allow you to post images during the show?
I download everything to two separate hard drives after the concert’s over, but during the show I’ll use the camera’s built-in wifi to post images on my client’s social media. With Pitbull that means my images are immediately seen by tens of millions of people so in a sense I am my own wire service. We beat AP to the Internet all the time. 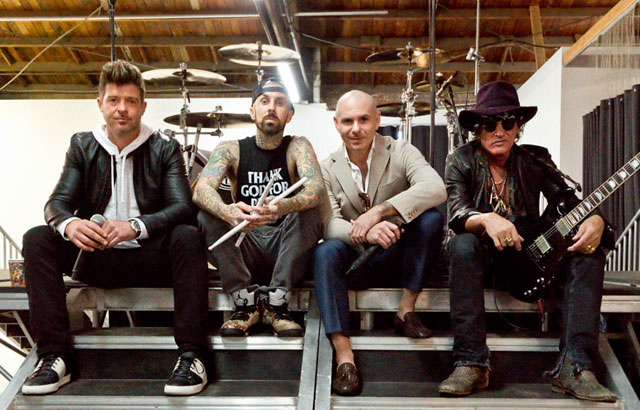 Q: What’s the most Social Media likes you’ve ever gotten on a photo?
Pitbull is THE most watched artist on YouTube. Our video for “Feel This Moment” with Christina Aguilera has 324M views – I shot all the concert footage and behind-the-scenes photography. We average 100,000 Likes per photograph on Pit’s Facebook, but the image of him holding his honorary college diploma received 1 million Likes in 24 hours and is still considered by Google to be one of the “best graduation photos ever.” 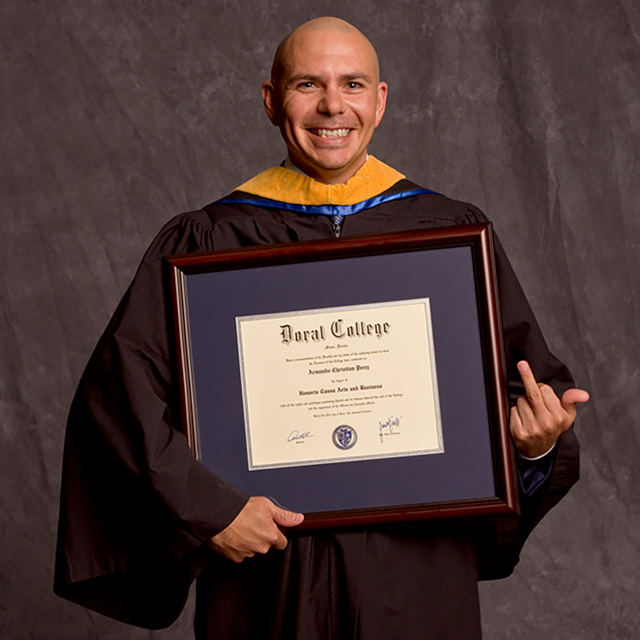 Q: What’s it like to shoot the cover of an album that’s nominated for a Grammy?
A Grammy is the industry’s highest honor, so it’s a big deal to be associated with a winning project. It’s happened to me twice so far. In 2006, JayZ and Linkin Park’s “Collision Course” won a Grammy for Best Collaboration. That album package was designed with my behind-the-scenes photography of the music’s production and concert performances. And it just happened again – Pitbull won his first Grammy last night for his newest album, “Dale”. I’m incredibly proud of that image – we shot it in a hotel room in only a few minutes – shot with Sony a7R and Zeiss Otus 55mm. 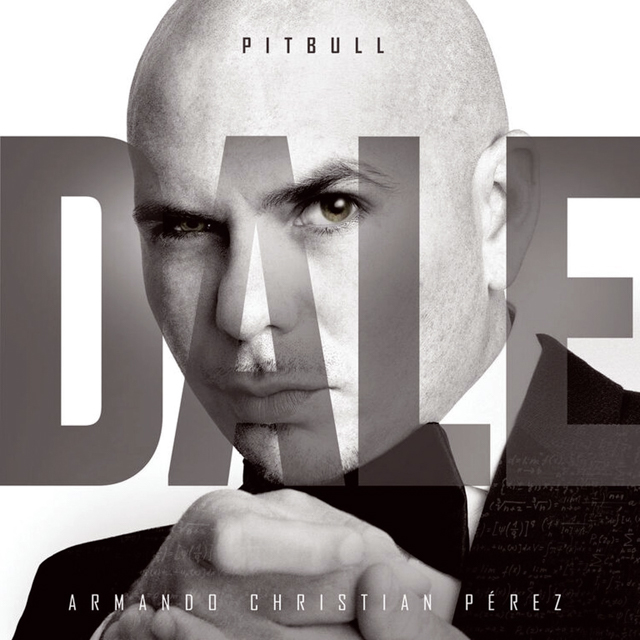 Q: Aside from getting backstage access, what’s the biggest key to successful music photography?
Personality. You have to fit into whatever situation you’re in seamlessly, otherwise you’re in the way or making someone feel uncomfortable. 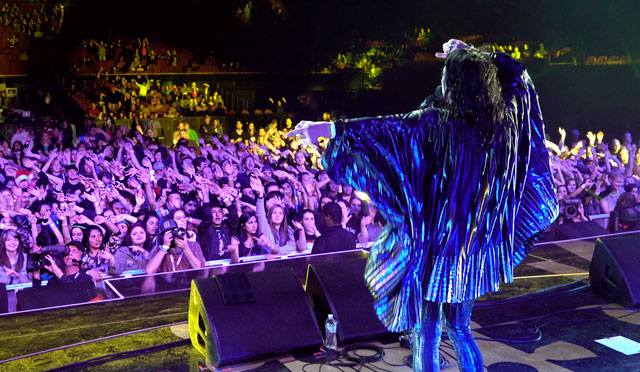 Q: What gear are you using today?
I switched to the Sony a7 bodies as soon as they were released. They are the first 21st Century cameras, truly modern in every way. And I use Zeiss primes for all the obvious reasons.

Q: How much of your work is Stills vs Video and are you using a7RII when you can control the light and a7SII when you can’t?
50% of what I shoot now is video so the a7S2 is my primary camera for everything. The 12MP sensor and the Zeiss lenses make beautiful photographs that have all the quality you could want, and I regularly use ISO’s as high as 51,200. I only use the 42MP a7R2 when I need that extra level of resolution (album covers and anything else likely to wind up on a billboard). 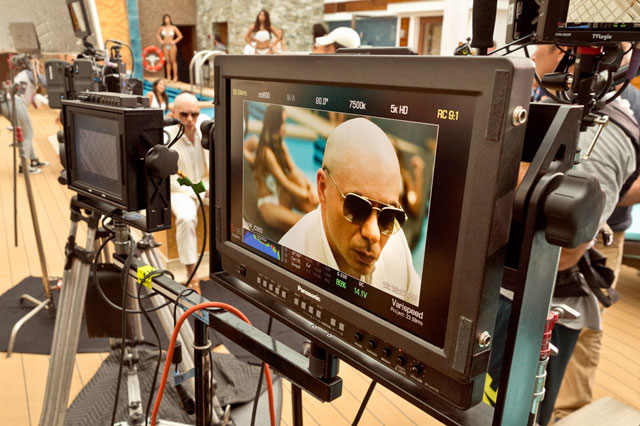 Q: You’ve mentioned that you’re able to make prints from 4K frame grabs, how has that changed the way you work?
It means if something important happens while I’m shooting video, I don’t have to stop filming to get stills too. 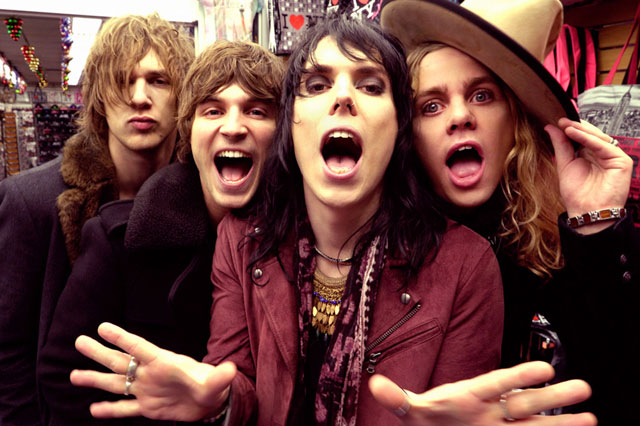 Q: When shooting in rapidly changing light, is it advantageous to see live view exposure in real time through the EVF?
The EVF is the primary reason I use the Sony a7 bodies. Concert light changes so fast even the best auto-exposure methods can’t keep up. Being constantly able to see my “real exposure” is liberating really, allowing me to manually control the lighting in an uncontrollable situation. Also, having image review in the EVF makes things move more quickly since I never have to pull the camera down to look at my rear screen to check a shot. And needless to say, the EVF is key for shooting video.

Q: So what’s next?
I’ll be in Las Vegas in March – Pitbull’s doing another residency at Planet Hollywood. As is often the case I’ll be the only one allowed with a camera, so I’ll be generating all of the content from those shows. I just finished a US tour with The Struts and we released a tour video for their new single “Kiss This”. It got 100,000 views almost immediately so it looks to be a hit! 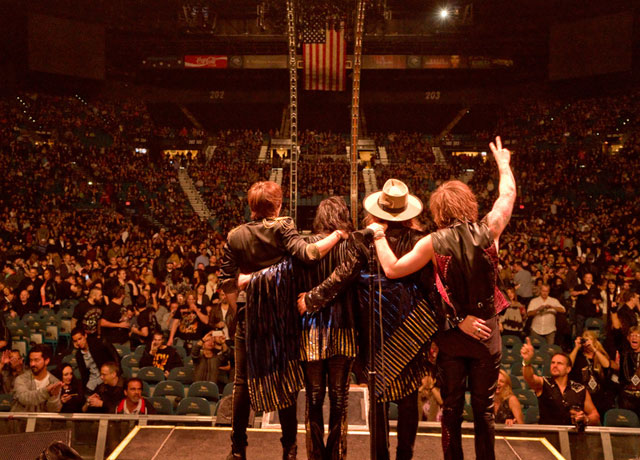 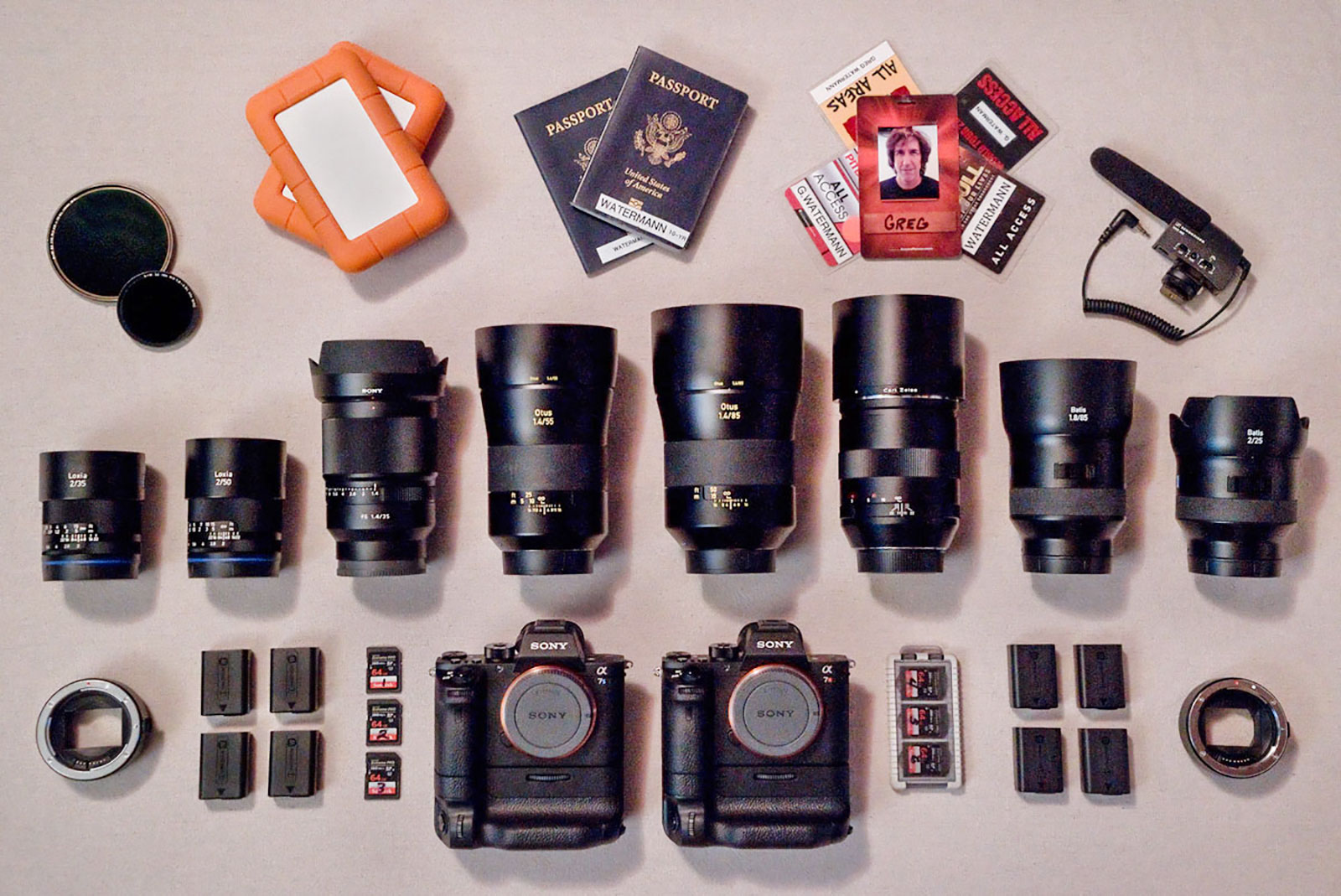