Dwyane Wade, aka D-Wade, ended his playoff run far to early for a basketball god who single-handedly turned around his franchise’s fortunes on his thanks to one of the greatest seasons in NBA history. All that’s left is to praise the greatness he showed averaging 30.2 ppg for a team that offered little supporting cast.

I began my career shooting action sports photography but gravitated toward spending time photographing portrait of athetes. Here is my favorite Dwyane Wade photo and the story behind it.. 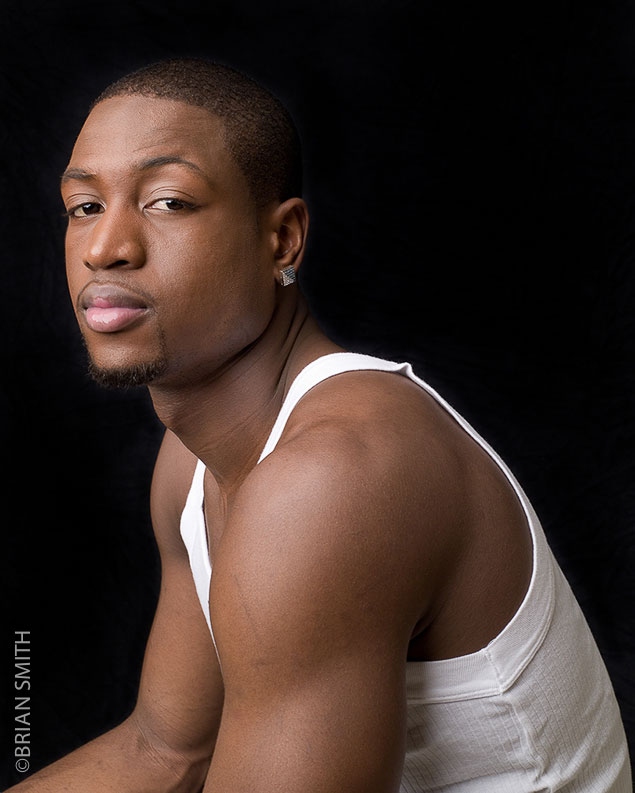 I photographed Dwyane Wade right before the start of the 2006 NBA finals where he single-handedly ripped the Dallas Mavericks to shreds. (Sorry about that M-Cube, but you know it’s true…) D-Wade and I had just wrapped a shoot on the eve of the NBA finals and even though he was sweating out a 104 degree fever, I pleaded for one more shot – just for us. So quickly shot this against a black background in the bathroom of Dwyane’s Pinecrest mansion.

Dwyane’s little sister was with us on the shoot and forget whatever you think about NBA stars – little sisters are little sisters – no matter how famous you may be. As I shot his photo, she laughed in the face of my NBA god with a little-sister taunt of “You know he does that thing with his eyebrow and calls it Sexy D-Wade.”

If I didn’t already idolize everything about the dude before, getting called out by his little sister pretty much wrapped it up.

Thanks for a great season D-Wade!