LOVE IT posted by Brian Smith / 0 comments
Tags: Capture One 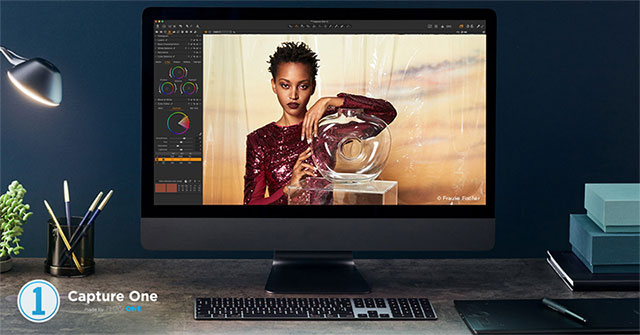 Capture One Sony software is available for 50% OFF thru March 31, 2019. If you tether, this is hands down the best software on the market.

COPENHAGEN, March 18th, 2019: Capture One, the world’s premier name in image processing software is saying ‘hello’ to spring with a major sale. Capture One Sony & Capture One Fujifilm are now available for 50% off for a limited time.

The sale covers both the perpetual license and subscription models –including Style Pack bundles– making this the perfect time to step up to the industry’s premier RAW conversion, image editing, and asset management software, or to upgrade to the latest iteration.

The newest version of Capture One takes a top-down approach to streamline, modernizing, and improving the user interface to continue the program’s tradition of providing powerful features in a customizable, uniquely-configurable interface, with unparalleled RAW editing, unmatched tethering, color handling and precision.

A new and improved toolset complements the improved workflow features, together continuing Capture One’s tradition of providing the most powerful image editing tools available, while a new plug-in ecosystem will allow third-party developers to connect their services and applications to Capture One.

Each branded version of Capture One is the full-featured image capture and editing software with complete Sony and Fujifilm camera support for each respective version, including the Fujifilm medium format GFX cameras. Capture One Fujifilm also offers the Film Simulations users have available in their camera. Use Classic Chrome, Acros, or other highly popular Fujifilm presets as the starting point of your editing with Fujifilm camera files.

The subscription plan for both versions are up to 65% off: