Bloomberg: Sony’s New Super-Fast Cameras are Winning Over the Pros 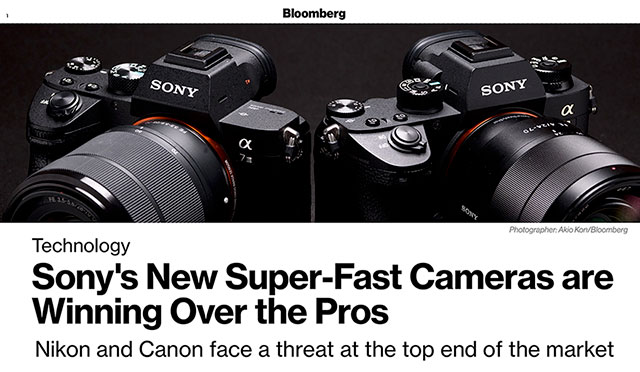 Bloomberg takes a look at Sony’s success in the professional photography market and the reason’s why Nikon and Canon are playing catch-up with their upcoming fullframe mirrorless debuts.

I expect we’ll see Nikon and Canon copying a lot of what Sony has done and attempting to take the credit. But they’ll have a much harder time catching up on lenses! I’m expecting that both fullframe mirrorless will launch with 4-5 native lenses, promising that adapters will take care of the rest. That all sounds fine until you discover the many benefits of native mirrorless glass.

Read the full article on Bloomberg