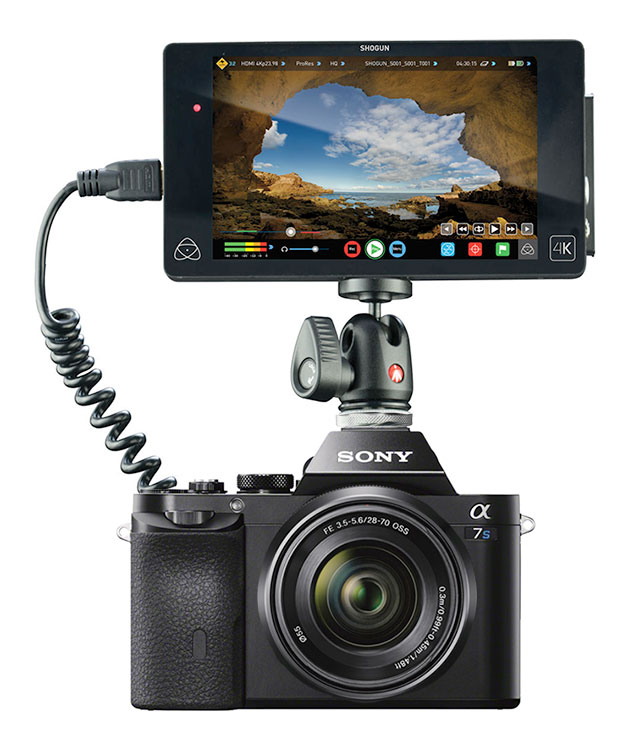 Atomos Shogun 4K HDMI/12G-SDI Recorder and 7″ Monitor allows you to record 4K video with your Sony A7S and record 4K Raw with the Sony FS700 is In Stock & Shipping from B&H Photo (Click here).

As a monitor, the Shogun features a 7″ IPS capacitive touchscreen display with resolution of 1920 x 1200. It is Rec. 709 color calibrated and supports multi-frequency operation (48/50/60 Hz) for monitoring and playback of a variety of input frame rates. An SDI loop output is available for passing the signal to an additional monitor.

The Shogun adds several new features over previous Atomos models, including custom 3D LUT support, Genlock In for multi-camera syncing, and improved audio handling with an included LEMO breakout cable for XLR audio. There are also a variety of onscreen tools to help you set up your shots, including a full waveform monitor, RGB parade display, vectorscope, focus peaking, and other framing, focus, and exposure assisting tools. 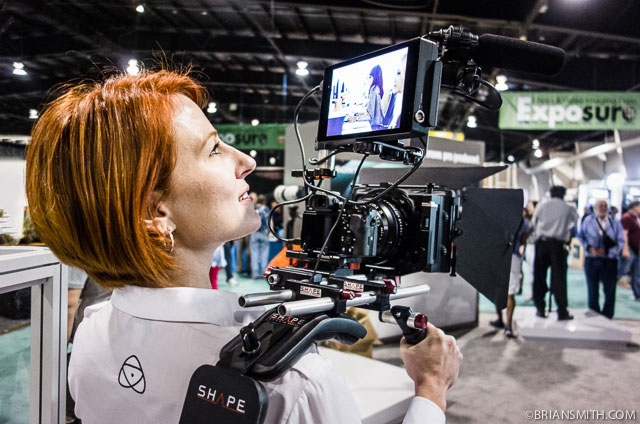