Today Only! Save $70 on Nissin i400 TTL Flash for Sony Cameras

Save $50 Today on Nissin i400 TTL Flash for Sony Cameras

Nissin i400 TTL Flash for Sony cameras is a simple but powerful compact flash designed for use by both pros and enthusiasts. It features ADI / P-TTL functionality and a guide number of 131′ at ISO 100 and in the 105mm position for providing coverage within a zoom range of 24 to 105mm, or down to 16mm with the built-in wide-angle diffuser. The shoe-mounted flash head tilts upwards 90° and rotates 180° in both directions for complete 360° coverage.

The i400 features full manual control as well as a range of preset modes to achieve just the right lighting setup. Choose from slow-speed, high-speed, and 1st and 2nd curtain synchronization in addition to variable power from 1/1 to 1/256. The flash runs on 4 AA batteries. 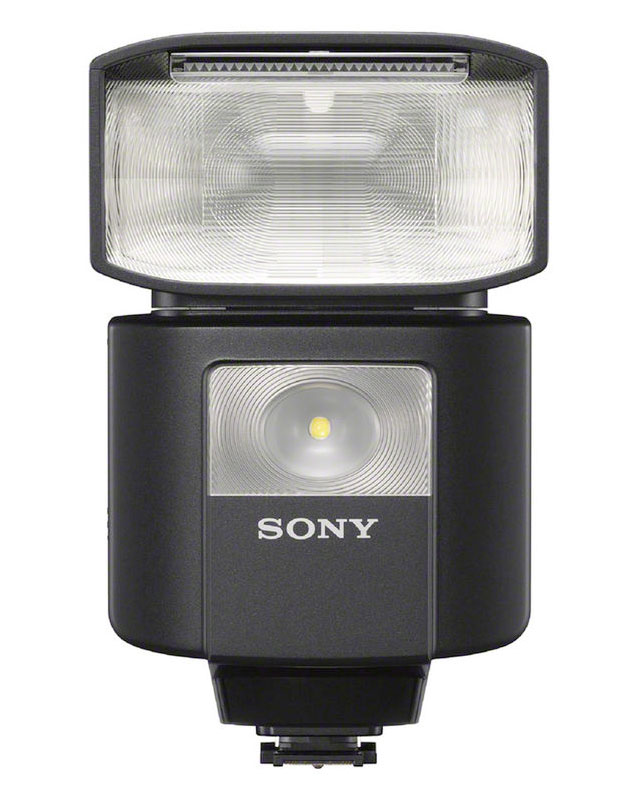 Sony has announced their first 2.4 GHz radio controlled flash, the compact Sony HVL-F45RM flash ($398 at B&H Photo | Amazon) with built-in wireless capability of operating up to 15 flashes in 5 groups.

When mounted on camera, Sony HVL-F45M can act as a flash commander or it can be triggered off-camera using a Sony FA-WRC1M Wireless Radio Commander using built-in 2.4 GHz wireless wireless connection capability of operating up to 15 flashes in 5 groups.

Beyond the radio system, the HVL-F45RM makes many improvements upon its predecessor, including a size reduction of more than 10%, moisture and dust resistance, and an improved guide number of 148′ at ISO 100 and 105mm. The flash also boasts a faster recycle time of 2.5 seconds at full power, an LED video light, a zoom head of 24-105mm, new flash distribution settings, and an upgraded memory setting.

Users will also be able to tilt the flash head from -8 to +150Â° and rotate it 360Â°. The controls have been improved as well, with programmable buttons and a Quick Navi interface. Additionally, it has a Micro-USB port for future firmware updates.

The flash is designed to work with Sony cameras which feature a Multi Interface Shoe, however, wireless radio features are limited to the a7II, a7RII, a7S II, a99 II and a6500. 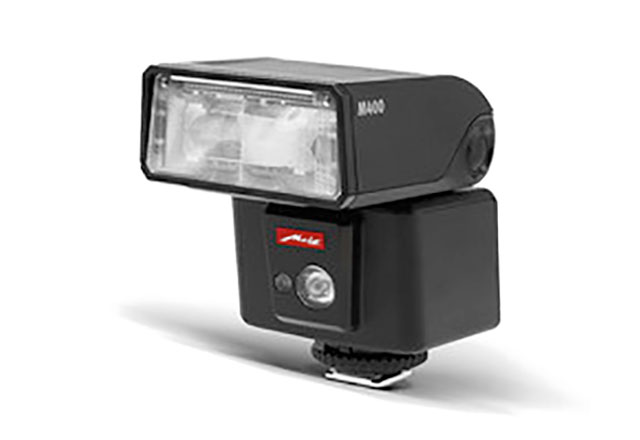 Mecablitz M400 is especially suited to mirrorless system cameras and is ideal for any photographers or film-makers looking for a convenient flash unit. The maximum guide number of 40 for ISO 100 is capable of handling almost all shooting situations. Versatile lighting options are provided by the motor zoom function (24-105 mm), the fully pivotable reflector with removable reflector card and the integrated wide-angle diffuser (12 mm). The M400 is also ideal for wireless operation, be it TTL or servo. As for usability, the M400 also sets new standards with its innovative OLED display and its impressively tidy, simplified user interface.

The AUTO TTL operating mode enables the camera to fully automatically control the flash unit (turning on and flashing) and ensures the subject of your picture is put in the best light possible â€“ perfect to those new to flash. The mecablitz can be synchronised with the first or second shutter curtain (irrespective of camera model) and it supports high-speed sync (HSS or FP). The new design of the mecablitz M400 not only looks timeless â€“ the flash unit is always kept up-to-date via a USB interface for receiving firmware updates. 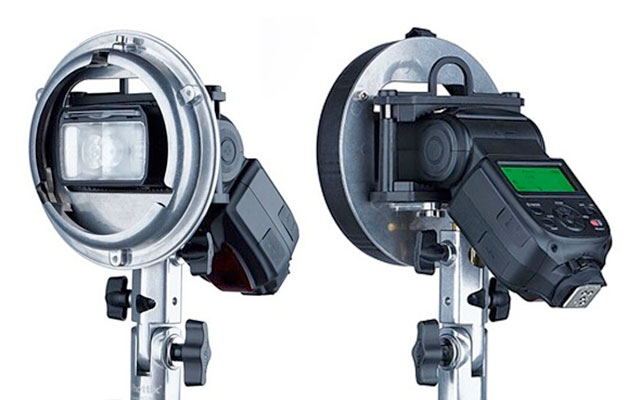